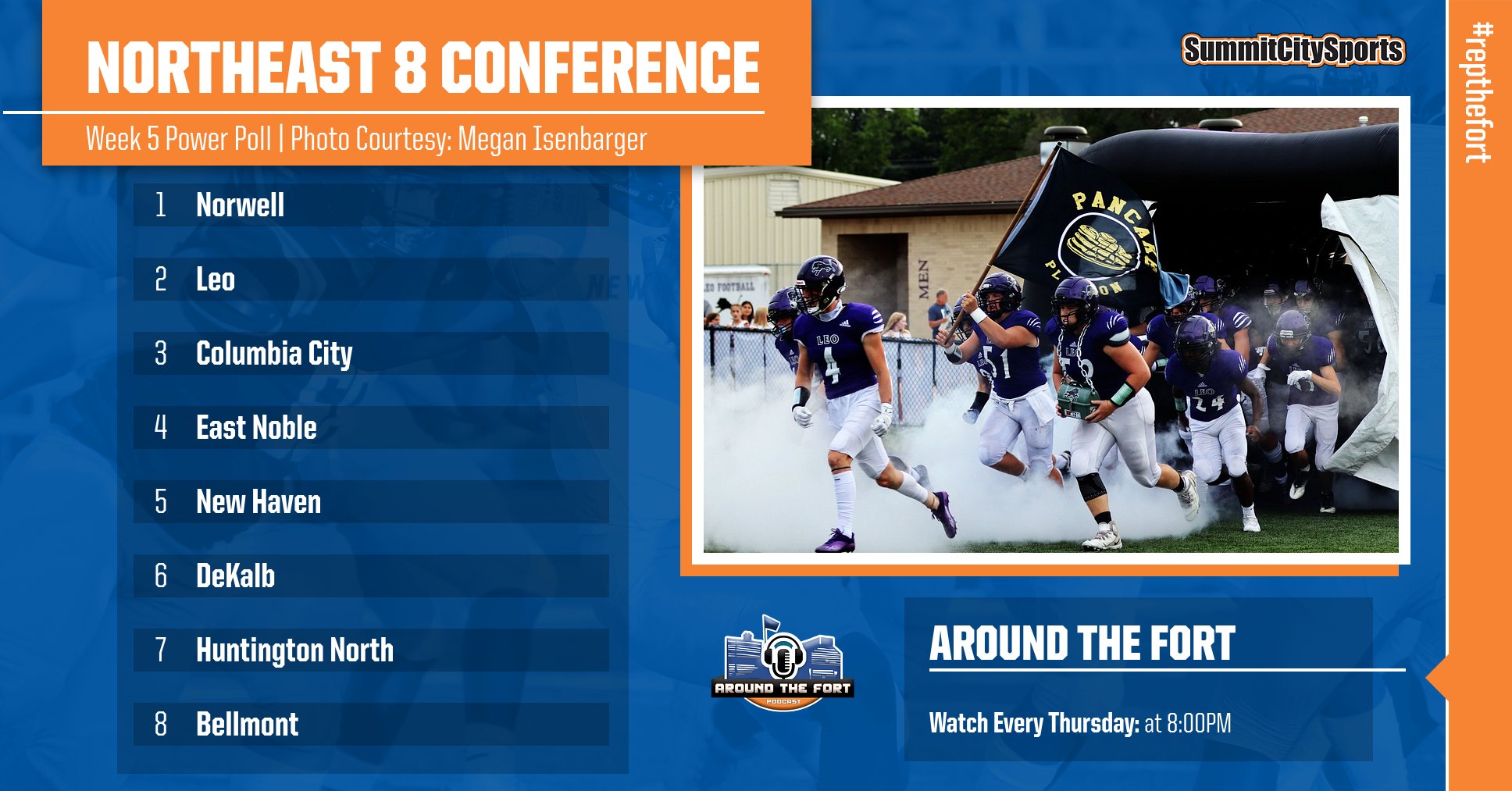 Norwell has asserted dominance in all three phases. There is not a single team in the NE8 on this level currently. It Is only a question of how healthy they can stay, and how deep into the playoffs that they will go.

We said to give coach Jason Doerffler some time. The team is gelling together at a great moment. Leo is never out of the fight. They have some DOGS on this team!

The 1981 Cadillac offense has some 22” rims on it. The offense is scoring. The defense is for real. A win against New Haven and potentially going 2 for 3 on the backend is VERY possible.

Edge to CC currently, as East Noble plays Norwell this week. #2 thru #4 in this conference is certainly up for grabs right now. EN is down but certainly not out.

The Bulldogs still have a lot of playmakers. But they are fighting some tough injuries. If they can beat CC they can certainly get back into the top half of the poll.

DeKalb has one of the funnest offenses in the NE8. Unfortunately, injuries and defensive woes have slowed the Barons. They can hold some ground in the poll this week with a win.

The Vikings have a really solid matchup against DeKalb this week which could move them up as high as fifth in next week’s poll with a NH loss. Really looking forward to this game!

Love to see the Braves keep fighting week in and week out. Very tough season so far but we hope to see Bellmont in the win column once this year.