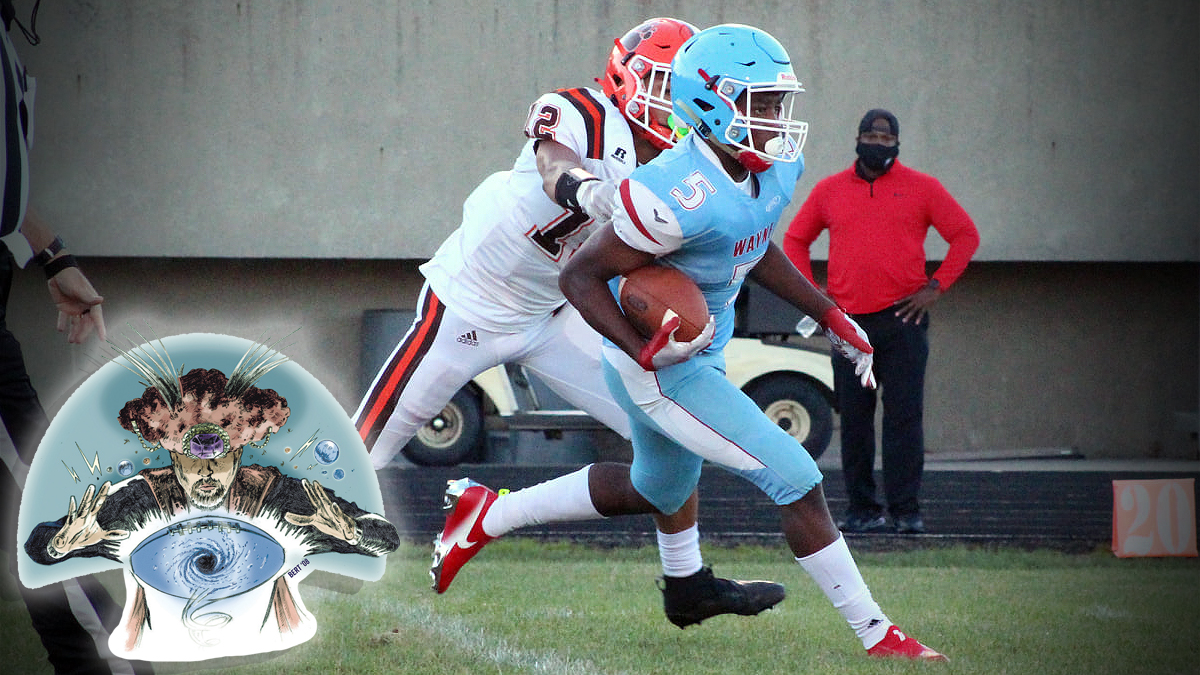 No, it’s not Russian disinformation. But the news this week that a pair of teams in local sectionals (Peru and Southwood) had their seasons ended without actually being defeated on the scoreboard, is downright disheartening. Both were having successful campaigns and, because of strict quarantine regulations, their postseasons are over before they even begin. But not so fast, my friend. The football gods gave undefeated Southwood a reprieve, which makes me smile. But I feel terrible for the Tigers of Peru. What a circus!

COLUMBIA CITY (6-3) at EAST NOBLE (6-3): Without their coach, the Eagles have their wings clipped tonight in K-ville. The Knights are feeling it, folks. Feeling it, I say.

ANGOLA (5-2) at DEKALB (1-5): Coach Andy Thomas’ Hornets are flying (or maybe just buzzing around) below the radar in Sectional 19. They leave their stinger in tonight. Bury it deep!

LEO (8-1) at NORTHRIDGE (6-2): I’m envisioning a low-scoring game with a heavy dose of Kaeden Miller. The Lions must stop Northridge RB Dominic Crowder; the Raiders are definitely louder with Crowder.

HUNTINGTON NORTH (3-6) at WAYNE (1-8): Both teams want to ground and pound, so this one might be over in 90 minutes. I took the Generals last week to win this one; can’t bail on them now. The Upset Special.

JAY COUNTY (0-8) at Delta (6-2): If JC has a shot tonight, Moses himself will need to part the Red Sea. Give me the Deltatonians at home in a beatdown of biblical proportions.

LAKELAND (2-7) at MISHAWAKA MARIAN (7-0): My Marian source tells me the Knights are on a collision course with the 3A state-title game. Marian defeated Penn for the first time in nearly 50 years this year, for cryin’ out loud. Lakers swim away quietly.

JIMTOWN (5-3) at GARRETT (3-5): I would love to see the G-men rise up tonight at home, but something tells me the Jimmies put forth a spirited defensive effort. Still, I think the ‘Roaders keep it close. For a half.

JOHN GLENN (4-5) at WEST NOBLE (1-8): The Chargers have played better in recent weeks, but good enough to knock off JG? I’m just not seeing it. Spacemen prevail.

OAK HILL (6-3) at BELLMONT (0-7): Bud Ozmun’s Golden Beagles will have too much defense for the Braves, who bow out quietly at 0-8. On a personal note, I love beagles.

HERITAGE (2-5) at NORWELL (8-1): These Knights appear to be on a mission from Gawd. As coach Gerber says, “Communication is key.”

WOODLAN (1-8) at PRAIRIE HEIGHTS (0-9): Even without one of its top defensive players, I’m taking Woodlan on the road. Warriors’ SOS pays dividends tonight.

EASTSIDE (8-1) at BLUFFTON (8-1): If the home-standing Tigers can win first down, they’ll have a shot at dethroning the favored Blazers. In the end, QB Laban Davis is the difference.

WHITKO (4-5) at BISHOP LUERS (3-6): Sagarin says Luers should win by half of a point. Half of a point? Come on, Sags! Playing in the satchel has to be worth more than half-a-point. Knights roll.

CENTRAL NOBLE (4-5) at FAIRFIELD (8-0): I really like these Falcons. A lot. QB Cory Lantz set a school record for fewest INTs in a regular season (one, which only occurred when his teammate fell down).

UNION CITY (3-5) at SOUTH ADAMS (8-0): Mother Nature will keep this one closer than it should be, as the Starfires rest their regulars after intermission.

CHURUBUSCO (4-3) at TRITON (3-5): The Eagles are one of the youngest teams in the area, so every postseason game will translate into success down the road. Triton’s Wing-T could pose a problem, however, with the Schuh boys and Hunter McIntyre.

ADAMS CENTRAL (6-2) at FREMONT (3-3): Give me the Flying Jets’ methodical offense over the Fightin’ Hummers all day long. All night long, for that matter.