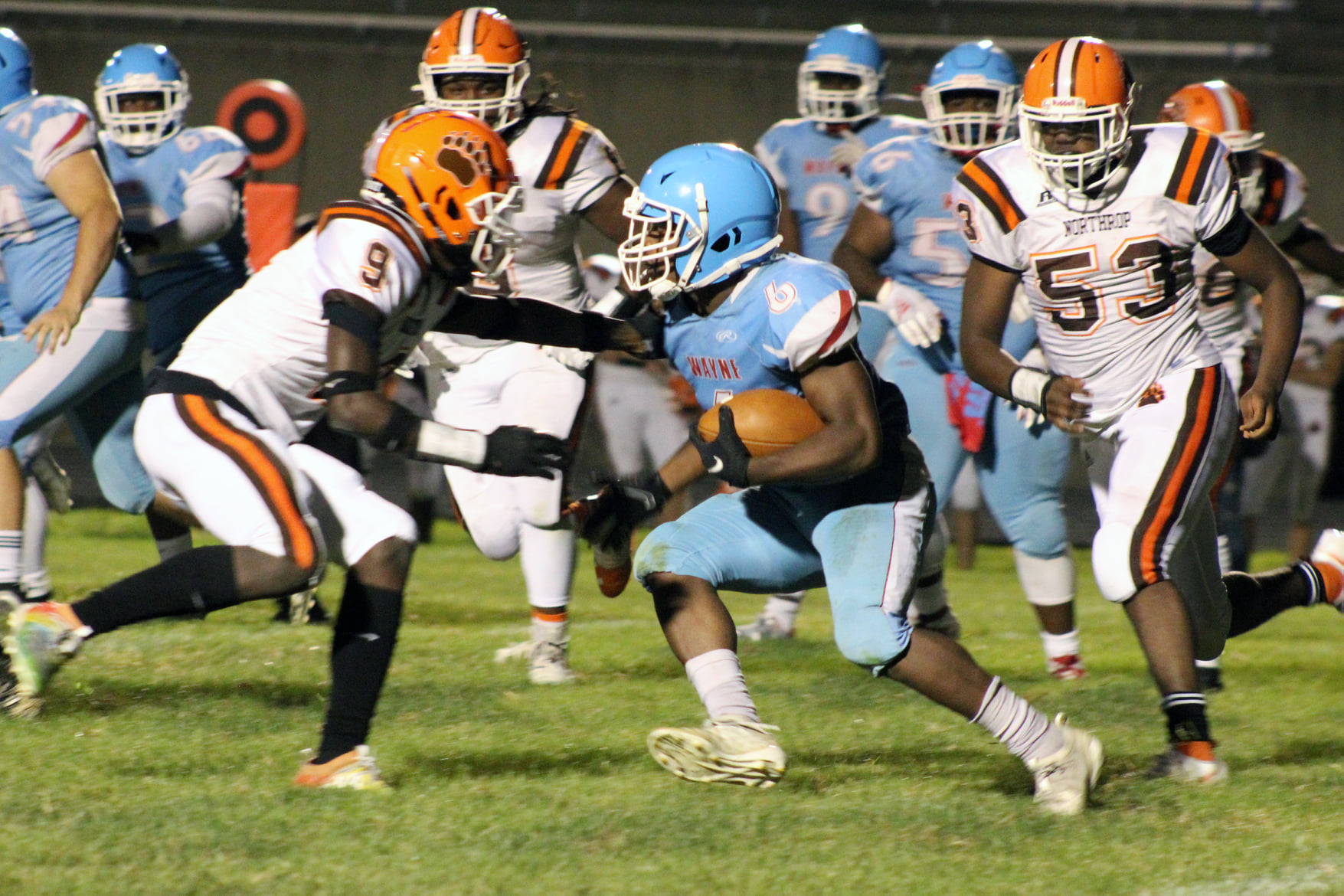 Wayne’s record doesn’t show how competitive this team has been in just its first season with Coach Haydock. Despite only notching 1 win in SAC play, against Northrop, they managed to stay in games against Luers, South Side, North Side, and Concordia well into the second half. Granted, almost beating a team isn’t the same as actually winning, meaning that the Generals have to turn it up this week against Huntington North. There is talent all around this team, namely RB Chris Thomas who has over 1,000 yards on the year and has 13 touchdowns, though he’s been quiet lately. With the passing game struggling all season, it’s hard to envision Wayne winning this game without being able to run the football. The defense has some great players such as LB Arthur Mhoon and DB Ebon Person that have had good years. However, as a whole the unit hasn’t found much success by allowing at least 27 points in every game this season. The offense will need to produce in this game.

Opponent Analysis: Similarly to Wayne, Huntington North wants to run the football and they also don’t want to have to rely on their defense. The Vikings were a bottom tier team in the Northeast 8 and would probably have a tough time dealing with an SAC schedule. They found themselves in plenty of shootouts, all of which they lost. Huntington North and Wayne are evenly matched teams, so this one really comes down to who’s more battle-tested.

South Side finished the year with the same record as Wayne, with their only victory coming against the Generals, but their matchup is a bit tougher. The Archers haven’t won a playoff game since 2016, but in that game they beat a 7-3 Leo team that comes from the same conference as New Haven. Anything is possible and South Side could be a good team that just had to face better teams all season. With that being said, the Archers haven’t been able to generate any offense this season that should make them feel comfortable entering this game. Their point total this year reached 89, an average of 9.9 points per game. The defense wasn’t much more effective, allowing 37.3 points per game. South Side will need to figure out a way to move the ball in this game, possibly through RB Matt Morris who has 390 yards and 4.3 yards per carry in the regular season. If they find a formula that works, they could stay competitive.

Opponent Analysis: New Haven is a pass-heavy team. QB Jakar Williams is not only the Bulldogs leading passer, but their leading rusher as well with 359 yards on the ground. He’s passed 150 times for 1,100 yards and 13 touchdowns, though he has thrown 8 picks and has a completion percentage below 50%, an area that teams have looked to exploit against them. The Bulldogs are solid defensively as well, averaging 23.7 points per game. MLB D’Andre Wright leads New Haven in almost every defensive category, with 55 tackles, 12 TFL, and 2 sacks. It is important to note that while New Haven does have a winning record, only two of their victories came in conference play and both are teams with losing records. Still, this team is sound on both sides of the ball and can light up the scoreboard.

If I told you before the season began that Concordia’s defense would allow an average of 14.7 points per game and lead the SAC with 14 interceptions, you probably would have thought that they’d be in the thick of the SAC title race, or at the very least have a winning record. The problem hasn’t been their defense, it’s been the struggles that they’ve suddenly encountered on offense. Strange, since traditionally the Concordia offense is the strength of this team while the defense is the side that’s trying to keep up. What makes it even more bizarre is that they have seniors at their skill positions on offense. QB Brandon Davis was able to bring down his interception total, but his yards, completion percentage, and touchdowns took a slide as well, part of it being that he missed two games early in the year. RB Amir Drew also saw his production drop, however his 826 yards and 5 touchdowns show that he’s still a very valuable part of this team’s success. Still, the offense should see a spike in their numbers this postseason against other 3A schools and the defense should remain dominant, especially against a Peru team that they beat 56-6 last year.

Opponent Analysis: Peru has seen inconsistent quarterback play all year, but their running game has come through. As a team, they’ve ran for over 2,500 yards and 27 touchdowns, about 284.8 yards per game. Their defense has looked good as well with only one game where they had over 20 points scored on them. While they have a good record, the Tigers only have two wins over winning teams and haven’t fared well in past sectionals, especially against the SAC. Peru’s running game won’t be able to find the same holes they’ve exploited all year against the Cadets, and their defense will be tested against a tentative, but talented Concordia offense.

Luers showed glimpses of being a really solid team in conference play, but now is their time to really turn it up. Their 2A sectional features some challenging teams but the Knights have a great offensive attack that will suit them well. QB Carson Clark is possibly the SAC’s most underrated passer, with 1,805 yards, 15 touchdowns, and a 55% completion percentage. It helps that he has an effective runner like RB Sir Hale behind him. With 655 yards and 6.8 yards per carry, Hale has given this offense some balance that will keep defenses on their heels. The defense has been among the worst in the conference though. The Knights have only kept one team under 30 points and have allowed an average of 38.4 points per game. Luers should see both sides of the ball perform better in sectionals, but they’ll have to be prepared to win some shootouts.

Opponent Analysis: Whitko hasn’t found much consistency this year. The Wildcats aren’t great at quarterback and have a sputtering ground game. QB Ethan Schuh has 1,491 yards and 12 touchdowns this year with just as many interceptions and a completion percentage just below 50%. Their defense has allowed a lot of points and their offense hasn’t been able to overcome the deficit for the most part. Against Luers, the Wildcats will meet one of their toughest tests yet. We’ll see if their defense can hold against the Knights.