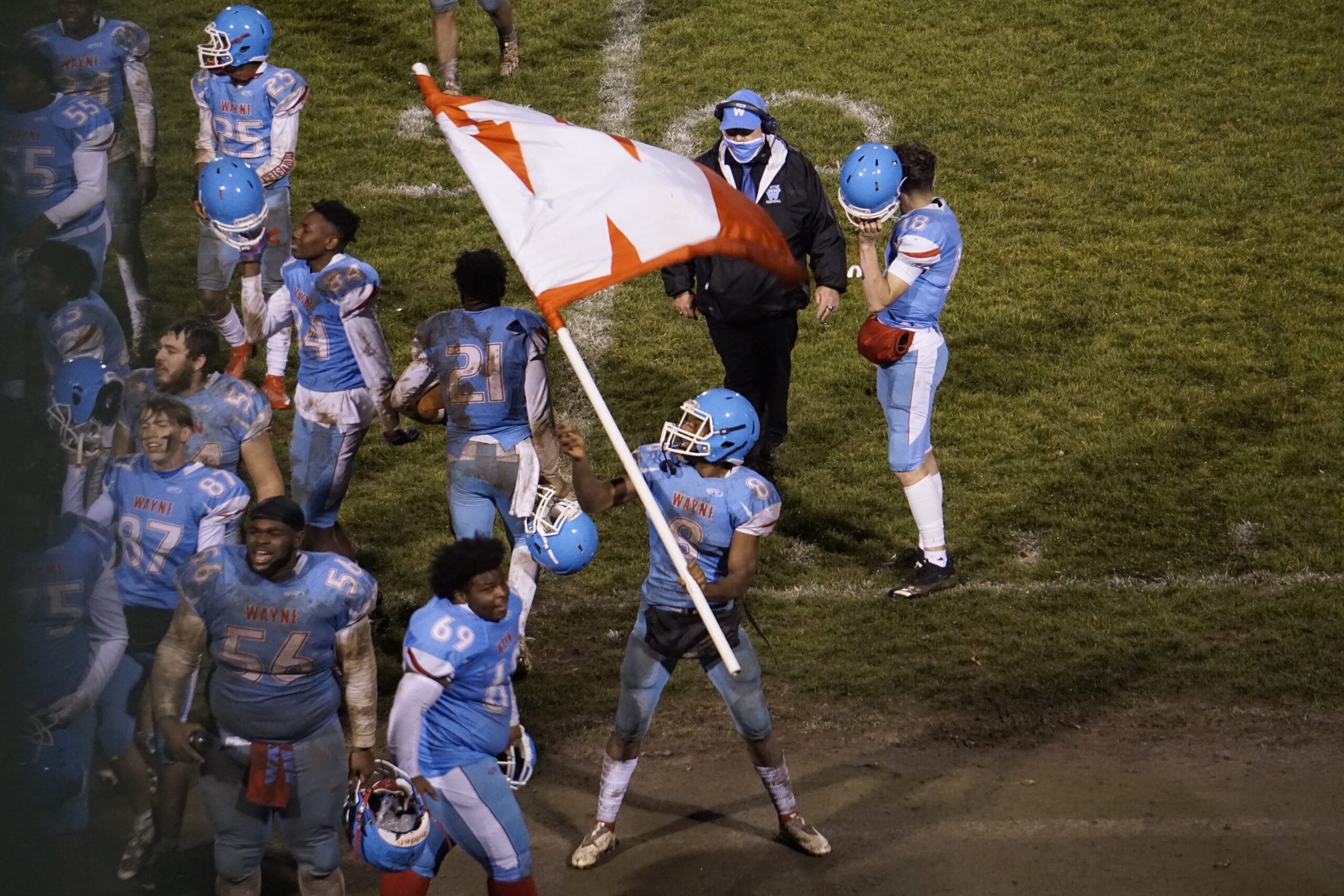 Wayne’s defense bent but never broke. The Generals managed to keep Huntington North out of the end zone and largely stopped their running game, allowing only 121 net yards. They were also able to take advantage of some mistakes, forcing 3 interceptions including a game-sealing pick by Christian Flannigan to send Wayne to the semifinal. Flannigan also had the game winning touchdown catch on a fourth down pass from Christian Trimble. Trimble, only a sophomore, made some great throws on the run to will his team to victory in just his third appearance. In the absence of RB Chris Thomas, Shawn Collins and Lamarion Nelson stepped up to combine for 178 yards and each averaged over 5 yards a carry. The Generals will go to Delta next Friday to take on the Eagles.

New Haven at South Side

In somewhat of an upset, the Archers got a huge win over a good New Haven team to advance to the semifinals. Quincy English Jr threw for 111 yards and a touchdown, with Javonte Malone being his top receiver with 3 catches for 79 yards and a touchdown. Malone also managed to pick up 83 yards rushing on just 6 attempts, tacking on another 2 touchdowns. DL Trevor Hapner showed up big on defense with 9 tackles and found his way into the backfield for 2 sacks and 3 tackles for loss. One of the keys in the Archers’ victory was turnovers. New Haven committed 3, an interception by Malone, and fumble recoveries by Hapner and Jaylen Lattimore. Next the Archers will face 7-3 Marion.

Luers QB Carson Clark continues to produce. The junior had one of his best games of the season with 238 yards, 3 total touchdowns, and no interceptions. His accomplice RB Sir Hale had 99 yards on 8 runs, about 12.4 yards per carry, and 2 touchdown runs. The Knights took their opponent out of this game early on and started piling on points to give themselves a comfortable win. They face unbeaten Farfield next week, a team that also won in blowout fashion, for a chance to go play for a sectional championship.