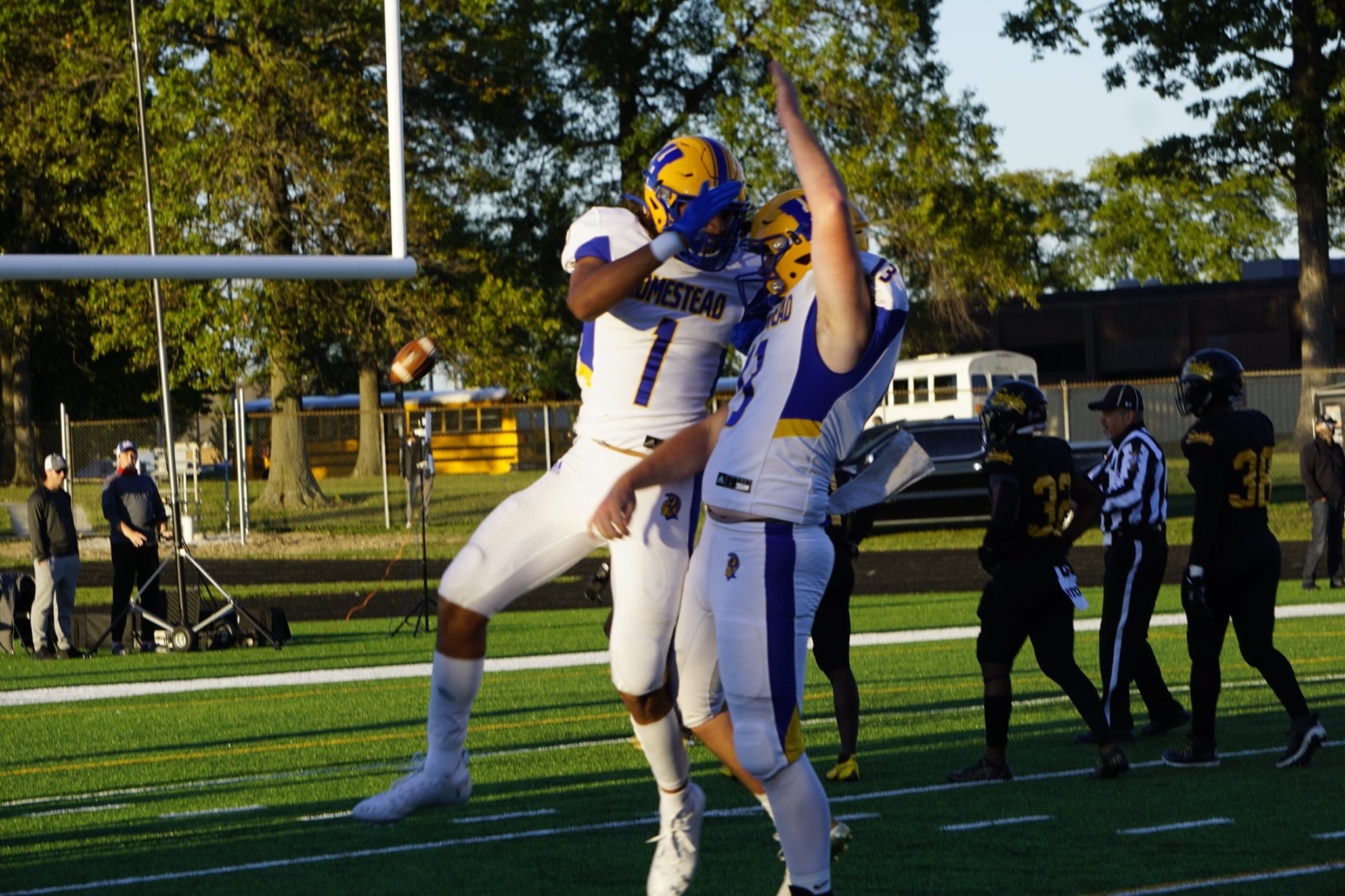 Sectional: vs Snider, (winner of Carroll-Warsaw)

If you had any doubts that last year was just a lucky, outlier season for the Spartans that they wouldn’t be able to repeat in the ultra-competitive SAC, then you were dead wrong. Homestead did the impossible and nearly matched their numbers from last season. Last year the Spartans averaged 40.3 points per game in the regular season. This year’s team averaged 37.8 points per game. QB Luke Goode threw for 2,164 yards and 23 touchdowns in 2019. Evan Ormsby has 1,959 yards and 30 touchdowns. Even as the weather has gotten colder, this team has gotten hotter and enters sectionals with their eyes fixed on making a deep playoff run.

Sectional: vs Anderson, (winner of Northrop-North Side)

The definition of consistency. That’s what Coach Garrett’s teams have been since he took over the program, with a third consecutive top 2 finish. The Saints have been tremendous on both sides of the ball and have probably been the best second-half team in the conference. Dwenger has finished games strong and finished their season strong with 5 double digit wins in their last 5 games. Now, with an incredible defense that has not allowed more than 21 points all season, Dwenger is ready to take on another postseason with a team that looks ready to make it back to state.

Sectional: at Warsaw, (winner of Snider-Homestead)

Carroll’s best season since joining the SAC launches gives them a top 3 finish in the power rankings as well as in the standings. QB Jeff Becker made his case for the best quarterback to ever play at Carroll, now up to 2,331 yards and 31 touchdowns. He is the reason for the Chargers successful season and why they’ll be hard to knock out of the tournament. As long as the Becker to Englert connection is working (now with 15 touchdowns), these Chargers can match any team’s offensive production.

Sectional: at Homestead, (winner of Carroll-Warsaw)

Let’s go back to week two when the Panthers were manhandled by Carroll. Snider was 0-2 and many thought they’d fall to 0-3 after they played Concordia. They didn’t resemble anything close to a traditional Panthers football team. The world, as Panther fans knew it, was ending. However, while everything appeared to be falling apart this team kept building on each week. A suddenly ferocious defense emerged from the ashes to pitch shutout after shutout, a budding superstar in Tyrese Brown suddenly broke through for multiple 200 yard games, and a sophomore quarterback in Luke Haupert that was essentially thrown into the fire, spurred from the flames as a player poised to fit this offense and compete in the SAC. Their sectional will be incredibly challenging, but if you look back at what the Snider Panthers have been through it’s incredible that we’ve gone from almost writing them off completely to now talking about them being a team capable of giving Homestead a game in the first round.

Sectional: vs Northrop, (winner of Anderson-Dwenger)

A roller coaster of a year finally came to an end in an overtime win over Concordia. It was a fitting way to round out the regular season, one that North Side won’t soon forget. Like Carroll, they may have seen the greatest quarterback that they’ve had in school history. Duce Taylor managed to earn 2,327 yards through the air and 30 touchdowns in 2020. In his senior season, RB Jasuan Lambert had 1,118 yards, 11 TD, and 7.2 yards a carry, all more than another great North Side running back RB Alex Holliday-Robinson had as a senior last year. The Legends have to be excited about their sectional this year, with revenge games against Northrop and possibly Dwenger on tap. They could certainly make this a season for Legends fans to remember in the coming weeks.

It wasn’t the greatest finish to a season that we’ve seen, with the Cadets dropping three of their last four, but they still have a strong enough team to make some noise in 3A. Concordia’s defense only allowed 132 total points this year, held opponents to under 10 points on four occasions, and still leads the SAC with 14 interceptions. The problem has been Concordia’s offense, which despite having loads of experience never seemed to be able to get out of its own way, only averaging 17.2 points per game. We’ll see what kind of offensive production they can come up with starting this week at Peru.

Sectional: at North Side, (winner of Anderson-Dwenger)

Another terrific season for the Bruins has given Northrop hope to get only their second sectional victory in 15 years. Their last came a season ago, when they broke the drought with a resounding 24-6 victory over Goshen in the first round. This season the strength of the team is obvious: their running game. Damarius Cowen has been a name that’s come up every week in this power rankings and for good reason. He finished the season with 233 carries, 1,476 yards, 6.3 yards per carry, and 13 touchdowns. They’ll look to Cowen to help Northrop notch another win over North Side in two weeks.

Don’t let their record fool you, Luers will cause problems for teams in 2A. One of the reasons is because they’ve been battle tested, facing six 5A or 6A schools in the regular season, but also because they have an offense fully capable of putting points on the board. QB Carson Clark quietly has 1,805 yards and 15 touchdowns this year, while RB Sir Hale is averaging well over 6 yards per carry. Keep your eye on Luers over the next few weeks.

South Side had a rough year, allowing 336 points and only posting 86 themselves. They have a tough draw against New Haven, but maybe they can get a big game out of senior RB Matt Morris this week.

We knew this would be a transition year for the Generals and it will take time for their new head coach to build this program up. They do have a lot of great players on both sides of the ball, including RB Chris Thomas who finished with 1,052 yards, 13 TD, and 6.6 yards per carry. He could be the spark they need to win some games and go on a run in sectionals.