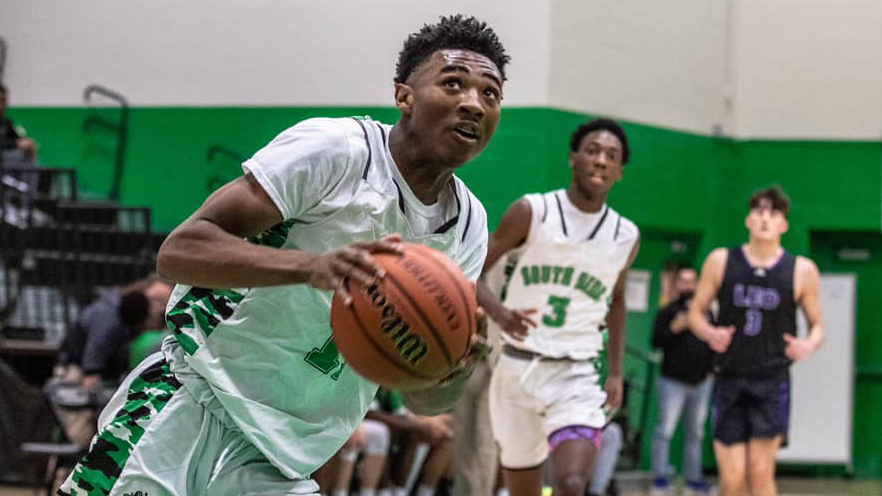 In each of the Spartan’s first two games of the year, they were dominant on both ends of the floor playing lockdown defense while also being very consistent on the offensive end. Will Jamison appears to be an emerging star for the Spartans through the first two games of the year with a 15-point performance to open the year followed by 22 against Warsaw. Kyron Kaopuiki looks to also be a leader for Sparty this year as he opened the season with a 22-point performance. Overall the Spartan’s suffocating defense that allowed just 14 points in their season opener looks to be the leading force this season for the Spartans.

The Legends started off the season a little rough playing the #1 team in the state and falling to Cathedral 93-45. In their next outing, they faced one of the best teams in the area in Blackhawk and took a 72-61 loss. In the loss, Bruantae Johnson had a solid effort with 21 points, 5 rebounds, 6 assists, and 7 steals but it just wasn’t enough for the Legends. The Legends then bounced back with a win over DeKalb that was led by Jordan Green and Eugene Young Jr. Green was the leading scorer on the night with 19 points and Young was another double-digit scorer with 13 points. Young also came up big defensively with 5 blocks on the night. As the Legends are now on a bit of a roll they look to carry that momentum into a game against South Side on Friday to open up SAC play.

The Generals are off to a solid start this season sitting at 2-0 for the first time since 2015. The Generals opened up their season with a win over Leo in which they had four different double-digit scorers. Jevon Lewis was the leading scorer with 15, HJ Dillard had 14, Monte Smith Jr had 11, and Preston Comer had 10. Lewis didn’t just lead with his scoring but also his passing tallying up 6 assists along with 4 steals. Dillard was also big on the glass with 11 boards. In their most recent game they knocked off Culver 59-57 led by 20 points from Monte Smith Jr. Lewis and Dillard also reached double figures once again. The Generals now look to remain unbeaten while opening SAC plays against Snider.

Through three games the Cadets have been led by 3 double-digit scorers in Cole Hayworth, David Speckhard, and Ajani Washington. The Cadets opened up their season with a win over the Leo Lions in which Cole Hayworth led the way with 20 points, 4 rebounds, and 5 steals. Then the Cadets struggled in their 2nd game of the year falling to NorthWood 70-31 before getting a bounce-back victory over the Bellmont Braves 51-44. Ajani Washington stepped up for the Cadets against the Braves scoring 18 points. The Cadets will now open SAC play against the Chargers on Friday.

The Chargers have started the season strong matching their win total from a year ago and looking ready to compete in the SAC this season. The season opener for the Chargers was a thriller winning 59-58 over Norwell as Jaxson Pardon led the way with 21 points(11 of which came in just a 90-second span in the 4th quarter). In the most recent victory over the East Noble Knights Jaxon Pardon once again came up big with 33 points. The Chargers will open up SAC play against the Cadets on Friday.

The Archers opened their season with a heartbreaker falling to Leo in overtime 74-67. In their next outing, they played a very solid South Bend Washington Panthers squad and fell 71-57. Now the Archers will look to bounce back in a SAC opener against the North Side Legends.

The Knights opened their season with a close win over Canterbury 62-59. In the win, it was a pretty balanced scoring attack having 5 guys score 8 or more points with Demarcus Barr leading the way with 16. Cadell Wallace was also big for the Knights as he had 13 points along with 4 assists and 5 steals. Then the Knights struggled against the Mishawaka Marian Knights losing 86-60. The Knights now look to bounce back against the Leo Lions on Tuesday before opening up SAC play against the Bruins on Friday.

The Saints will open their season on Tuesday against the Norwell Knights and then open up SAC play against Homestead on Friday. Some of the key returners for the Saints are Sam Campbell, Stellan Ruston, and Preston Ross.

The Panthers will open up their season against the Dekalb Barons on Wednesday before opening up SAC play against Wayne on Friday. The Panthers will try to replace most of their production from a year ago 6 seniors from last year now graduated that accounted for 88.1% of the scoring for this squad a year ago. Ke’ron Billingsley, Jordan Lee, and Lincoln Firks are some key returners expected to take on big roles this season.