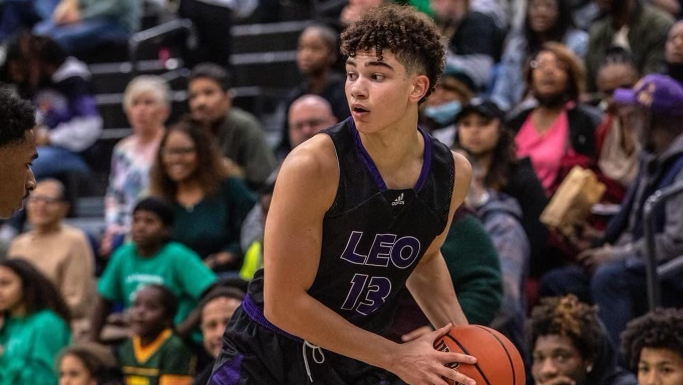 We are one week into the boys’ season for the NE8 as we are still in the process of getting to know this year’s NE8 basketball. Opening night saw both DeKalb and East Noble suffering tough losses at the hands of Northrop and West Noble respectively.
One night later, Carroll pulled off a shocking upset on defending NE8 champions, Norwell, 59-58, while Woodlan completed the comeback on a buzzer-beating jumper from Trey Yoder in a 68-66 win over New Haven.

By far one of the more unique matchups comes between an offensively explosive New Haven team vs a “rebuilding” Northrop roster that on paper is still decent. Yes, they did graduate talent led by Jalen Jackson (currently playing at UIC), but Dalman Alexander is a talented 6’6 kid, and it’s a team that can play some pretty solid defense.

New Haven, however, wants to be able to overwhelm them with their speed and their shooting. This is a very good offensive team that when they are shooting well can compete with most teams. Darrion Brooks is Darrion Brooks. He is one of the most explosive players in the area. Freshman Korbyn Hammel is the new 260 baller that can shoot the lights out. James Hardy IV can compete hard inside.

New Haven is a team full of high motor athletes that play sort like an SAC team if we’re talking about pace and athleticism. That is why whenever we talk about the NE8 for boys’ basketball, we can’t ever rule out New Haven because of how well coached they are under Bruce Stephens.

This is a good test to get New Haven prepared.

Things don’t get any easier for Marty Beasley and the Barons as they suffered two close losses to start the campaign. The challenge with DeKalb so far is getting the team on the same page to Beasley’s defensive philosophy and be more aggressive. Although, Caden Pettis is having a nice start to his junior season after dropping 20 points on Eastside.

North Side gives DeKalb the perfect game to test DeKalb’s mental toughness as this is not your parents’ North Side Legends. These guys are for real with the tremendous talents of Bohde Dickerson (Dwenger transfer), Tae Tae Johnson, and Jaxon Fugate (Garrett transfer). Another kid in Senior Jordan Green had 14 points and 4 boards in the loss to state powerhouse, Indianapolis Cathedral.

While the Barons were successful last season against the Legends, this one feels a lot different.

This is an emotional week for the Braves as they will play their first home games since the tragic passing of Head Coach Marc Davidson. Matt Roth now takes over as coach, and the court will be named in Coach Davidson’s honor.

From a basketball standpoint, you are talking about a Braves team that still has the talent capable of making a deep run in Class 2A led by Grace commit, Gage Sefton. Senior Josh Furst will be a good complimentary piece in the frontcourt. But it will be interesting to see how these Braves gel over the course of this season.
For New Haven, this is a big-time challenge to contain Blackhawk’s size and shooters and making this a tightly contested game.

East Noble has struggled to find their winning formula so far as injuries and tough competition have plagued them so far. Against Lakeland, EN played catch up the whole game, and despite their best efforts, the turnovers and Lakeland’s threes were too much to overcome.

Experience is Carroll’s strength so far this season as they were able to win a close game against Luke McBride and Norwell. Last season, Carroll was 2-21 and going 1-9 in single-digit games. East Noble was one of the teams that beat them 58-52, but this will be a tall order against a hungry Jaxon Pardon and the Carroll Chargers under Ryan Abbott. Hunter Kline is coming off a 26-point effort against Lakeland Saturday.

This is a rematch from last year’s sectional championship game where Norwell held on for a 62-61 win at Norwell. Now back at the exact same location as last year, Oak Hill and Norwell now clash in regular season play.

As you would expect, Oak Hill is off to an awesome start led by the Huntington commit, Landon Biegel, who is averaging 23 points, 9 rebounds, 3.5 assists, and 2.5 steals per game. To put it nicely, Biegel is a walking bucket, and he is must-watch basketball.

Same goes for Norwell’s Luke McBride after dropping 25 points in the loss at Carroll. A future Bethel Pilot, McBride and his father/head coach, Michael McBride, are looking to repeat as NE8 champions, and games like this one help them work to that goal. This will obviously take a team-by-committee effort to contain the explosive attack known as Oak Hill.

On paper, Norwell has a deep senior class that can pull this off once again. Look for seniors Jake Parker, Brody Bolyn, and Luke Graft to do their thing in the rebounding department. Lleyton Bailey is a nice athlete that can make shots and generate good offensive flow to this disciplined Norwell offense.