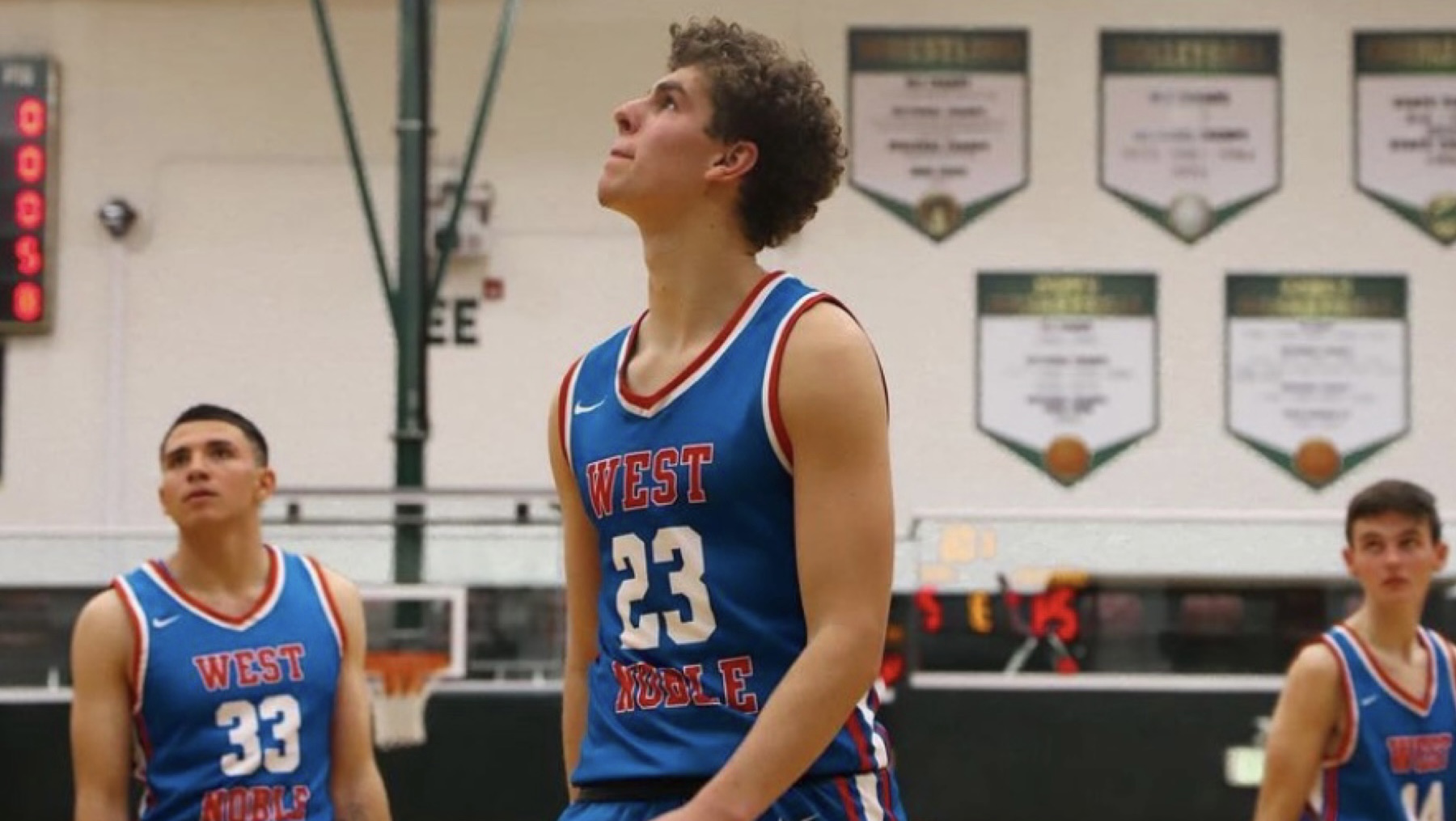 Lakeland continues to impress a lot of people, and Ben Keil’s 25 points propelled them to a 74-56 win @ Fremont. Eastside makes a strong comeback to beat the Bryan Bears 48-44 on the road. Chase Bachlor’s 25 points (all in the second half) propels Prairie Heights to a 53-48 win @ Fairfield. Finally, Westview’s run-and-gun offense under Chandler Prible leads Westview to an 80-51 win @ Churubusco led by Wiley Minix’s 32 points.

One of the more interesting games of the season stems Lakeland’s return to home-court advantage with the team averaging 60.7 points per game. This guard-heavy offense will look to find some offense against a pretty talented Fairfield frontcourt led by Tyson Frey.

This will come down to Lakeland’s ability to make perimeter shots and how well Fairfield can defend ball penetration/crashing the glass. However, the biggest question I have is Fairfield’s guards as this is a younger group this season.

This is the Panthers’ first true test in their young season as the Eagles of Elkhart Christian have given the Panthers a ton of issues over the years. When looking at the season history, these two have played two of their last four meetings by less than 5 points. ECA is averaging over 60 points a game, albeit against far inferior competition, but the Panthers’ defense is only allowing 43.7 points a game.

This is really a battle between offense and defense. If Chase Bachelor and Isaiah Malone can stay out of foul trouble, they have a chance to win this game.

We the Heights by 5

Westview heads to the Panther Pitt in Nappanee, IN, to face the mighty Northwood Panthers, the top-ranked team in Class 3A. This is the same Northwood Panthers that beat Concordia 70-31. Northwood is averaging 67.5 points and allowing just 40 points a game.

This Northwood team has plenty of weapons to choose from with Tyler Raasch, JJ Payne, Ethan Wolfe, Ian Raasch, and of course Cade Brenner (the most recent 1,000-point scorer). This is a team that is heavily favored to win their sectional this year because this team has a lot of depth, size, and shooting to beat almost anybody in 3A.

What Westview has going for them right now are confidence and great shooting. This Westview team is averaging 67.3 points, led by Brady Yoder and Wiley Minix averaging a combined 41 points per game. It is clear that Prible’s much faster offensive tempo dating back to his playing days as a Bluffton Tiger still has success as a coach at Westview. Eastern Pekin found instant success with this style, and this style brings back the old-school way people remember Westview.

Honestly, Westview is a Brady Yoder three-pointer away from being 3-0, and their schedule is not a joke. Now, this is the measuring stick game for Westview to prepare for CN, which Westview truly lacks size and a true frontcourt presence. I don’t see them winning this game, but I think this will prepare them nicely.

This is a rematch from last year’s Central Noble win on New Year’s Eve, and it is the first game between Head Coaches John Bodey and his son-in-law Chandler Prible. This feels like a much bigger game than at this time last year, and of course it comes on a Saturday night at the Warrior Dome.

Central Noble struggles to consistently win at Westview losing 5 of their last 7 games. It feels like CN has found one answer to their unique puzzle in Isaiah Gard, and consistency seems to be the best word to use him so far. We all knew this was going to take time for the guards to gel under this faster tempo offense, but it is clear they have work to do to maintain their conference tournament championship defense and bring back another NECC regular season title.

However, a gritty win at Angola is one they can build on for this highly anticipated Westview game. The question I have right now is something beyond their control. The lack of consistency with their schedule may not be the best thing right now simply because of the learning process of gelling together as a team. This is a team that definitely needs to play games, and this Westview offense can give Central Noble some trouble.

All Westview needs is a strong defensive gameplan and shoot well from the perimeter, and Westview can beat Central Noble. This is one that can go either way, but if CN can rebound the ball well, I still think they have a shot (?).

This is the NECC Game of the Week for me, and why would it not be? Last year, this game went down the wire as Eastside held on for a 35-32 win in Butler. It is essentially the concept of ‘We the Prairie’ battling against this defensive scheme known as “Bentley Ball”. So far, this younger Eastside squad is allowing 42 points a game, which by Bentley’s standard is the average night of basketball.

Eastside is still winning games the Eastside way. They are still playing team basketball. However, you can see where fielding a younger roster has its early season growing pains, but few coaches excel better at this than Ed Bentley. This is still a competitive basketball team, and this college-schemed style of basketball gives them a fighting chance.

The key is containing Isaiah Malone and Chase Bachelor, which seems way easier than it actually is. The challenge is Prairie Heights has arguably the best duo in the NECC duo to that mix of size, strength, and pure basketball talent. Yes, the Panthers do not have nearly as much depth as Eastside, but they are extremely scrappy, which bodes well for this matchup.

Because this is Bentley Ball, expect the unexpected. But given the fact this is a different Eastside team plus the game is at Prairie Heights, I am going to take a bold prediction.

We the Heights by 4