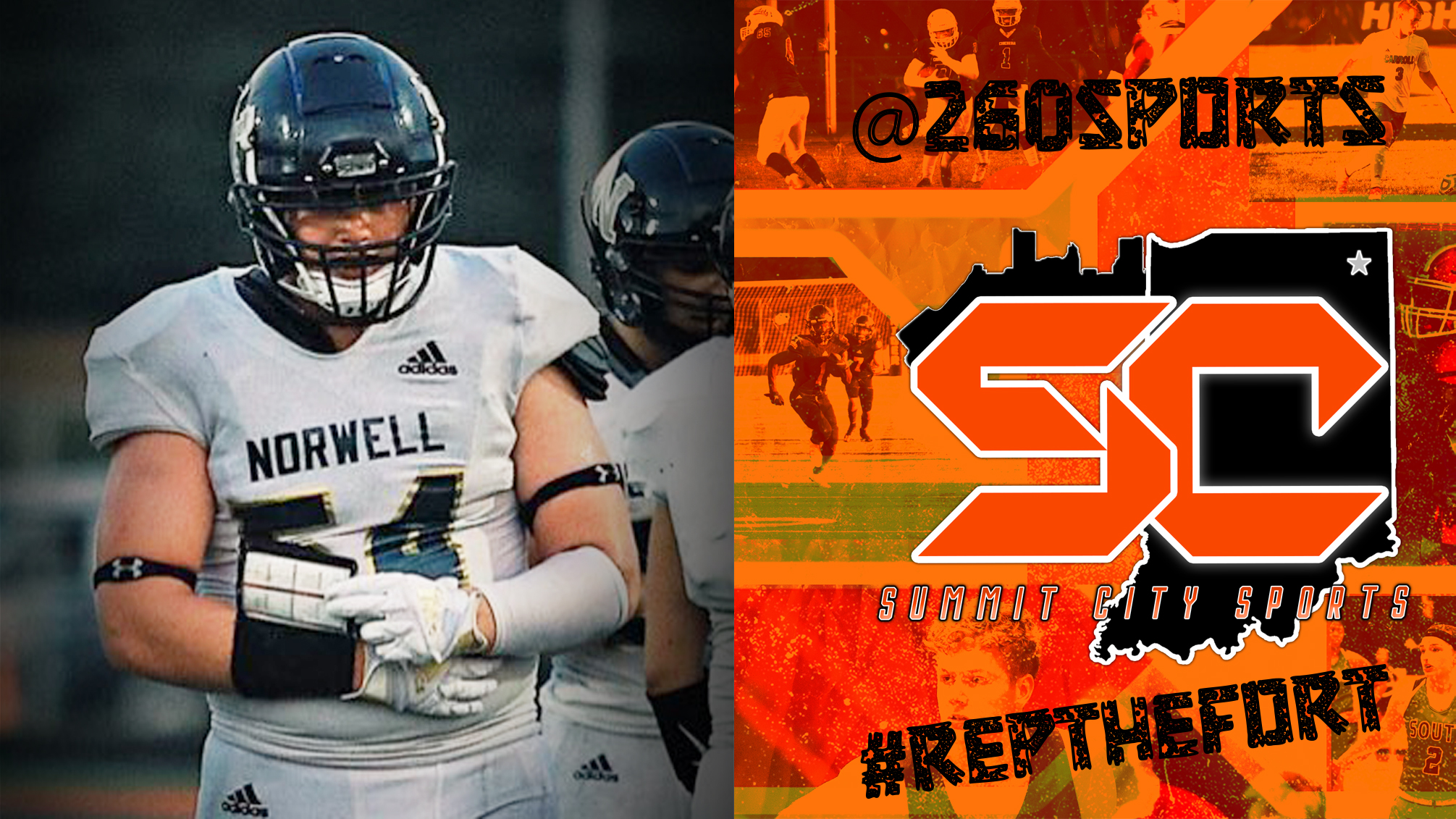 For this week’s Summit City recruiting spotlight I had a great phone call with Brody Bolyn. I fell
in love with this player immediately. Brody exudes everything you want a high school football player to be. Honest, genuine, and puts his team above all else.

For measurables, Bolyn comes in at 6’3” and 270 pounds with a 75.5” wingspan. He is being
recruited both ways. With offers for Offensive and Defensive line positions. He holds a 3.4 GPA.

For his @260jake scouting report, I have Brody Bolyn with a rising grade. I see a boatload of
potential in this prospect. He is consistently strong. No flash with this player – all hard work. Has
a smooth kick step, pulls well with good feet, and is a strong run blocker. Big finisher on both
sides of the ball. Effort at all times and every play he goes to the whistle. This is a player every
coach wants. A lunch pail blue-collar farm kid that will punish. With some more work on D-Line
technique, and added speed from the weight room, this prospect will also be special on the pass rush.

Recruitment for Bolyn has picked up and he holds offers from Saint Francis, Illinois State, Indiana State, Bowling Green State, and more.

When I asked Brody what scouts could see improvements on this year, he answered exactly how you want a prospect too. He understands if he can get more athletic and a little faster, the sky is the limit. He has put the extra time in the weight room and says we can expect to see that on the field this fall. He does not care which side of the ball he is on. He wants to be on the field. What more can you ask for?

I personally know a member of the coaching staff at Norwell. Coach Adam Harder. I was able to have some email correspondence with him about their player. Harder said that Brody is the total package between his character, work ethic, and play. He is the type of player that any coach would love to have on his team. He does his job on every down, and never takes a play off.

As our conversation went on, I felt like I could talk to Brody for hours. He is a member of his 4H club competing in horse and pony, as well as woodworking, and loves the outdoors. It made for great conversation as I was in 4H as a kid myself.

Brody Bolyn has a great support system in his college journey and mentioned his mom and dad as great supporters. He spoke highly of his team and coaches. I have not talked to a more genuine player. At Summit City we are very excited to see him compete in his senior season!