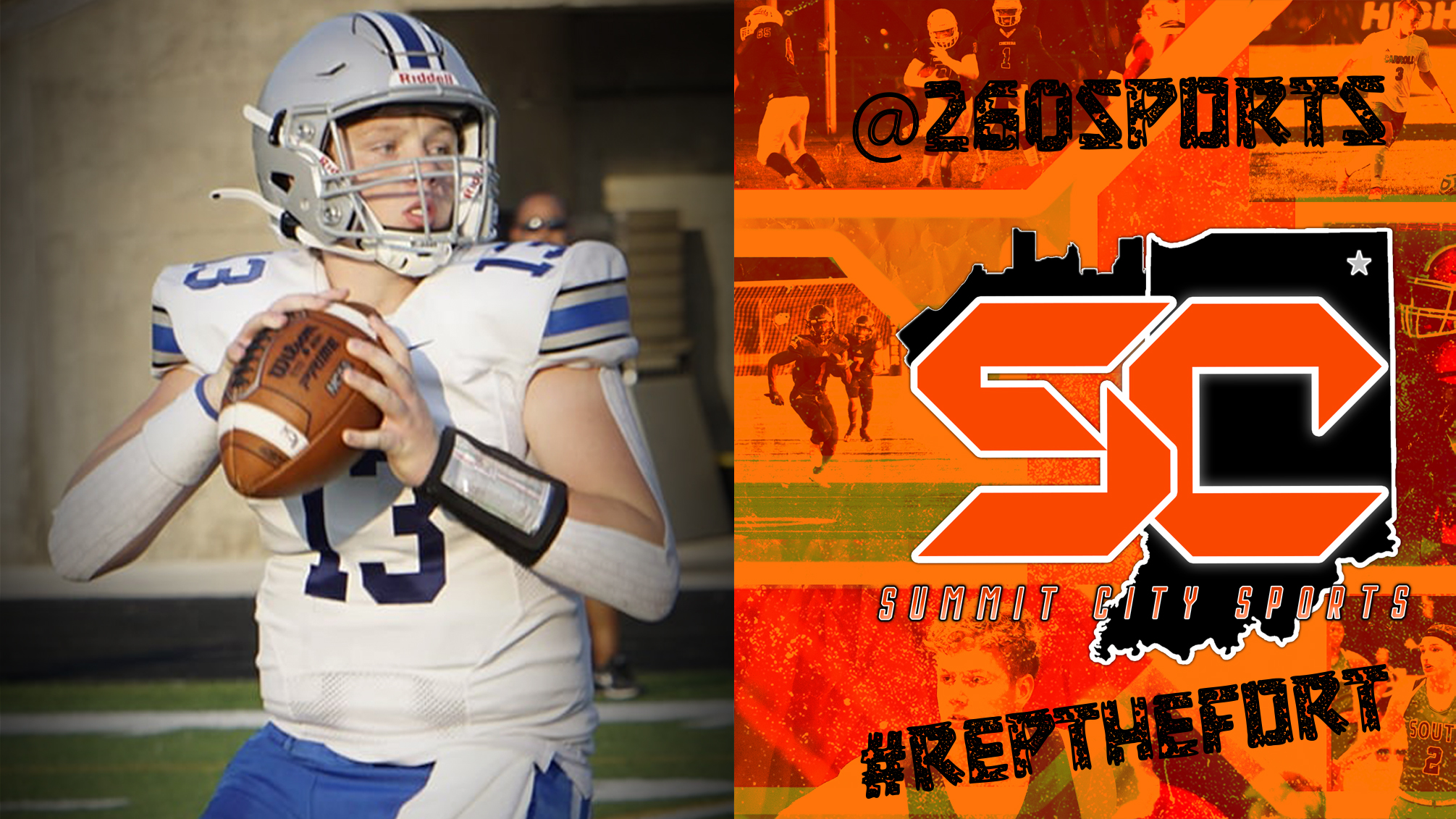 For this week’s Summit City recruiting spotlight we have added another very special scouting report. Owen Scheele was a prospect that we planned to cover later in the year but in light of recent events have decided to cover this prospect this week.

For measurables, Scheele comes in at 6’0” and 180 pounds. Owen was being recruited as a well-touted quarterback out of the dominant Carroll football system in the SAC.

For his @260jake scouting report, I have Owen Scheele as a topflight QB. He has good pocket awareness and knows how to extend plays with his legs. Excels at timed routes. Throws well on the run. Smooth three-step drop. And a player who can pick apart a zone defense. This prospect is not afraid to spin the deep ball down the field.

Recruitment for Owen was heating up. His Junior year he has posted communication and visits via Twitter to Taylor, Penn, Southern Illinois, Ball State, Dartmouth, Lawrence, and many more. There is no doubt that if things were different, Owen would have a slew of solid offers his senior season.

I did not get the privilege of meeting Owen in person. As our spotlight went on later in the season he was on our radar as a prospect to interview. Unfortunately, Owen tragically passed away last week. I was able to speak to the well-respected Charles Dowdell at OPS for some insight into Owen as a person.

Not often do I post direct quotes in my reports. I like to focus on the prospect and their statistics and accolades as the main point of focus. In this instance, I find it very appropriate. From Coach Dowdell – “Owen was our spark at OPS. His energy and leadership could light up a room. He had an impact on every age group with the way he would encourage the younger guys. When he was in the building it was always about getting better on and off the field. Not only did he speak about his faith in God, but he also demonstrated it through his everyday actions. He showed patience in waiting for his opportunity on varsity, all while being a great teammate. He showed Faith and loyalty to his family, school, and trainers by committing to the process and trusting that his time would come. Lastly, he showed love to everybody. He might have given you some trash talk but at the end of the day, it was all love from Owen. He will definitely be missed but he lives on through those he inspired while he was here.”

Owen Scheele exemplified what it means to be a Northeast Indiana athlete. All of us folks at Summit City will continue to keep Owen’s family, friends, coaches, and teammates in our thoughts during this saddening time. Rest in peace Owen Scheele.