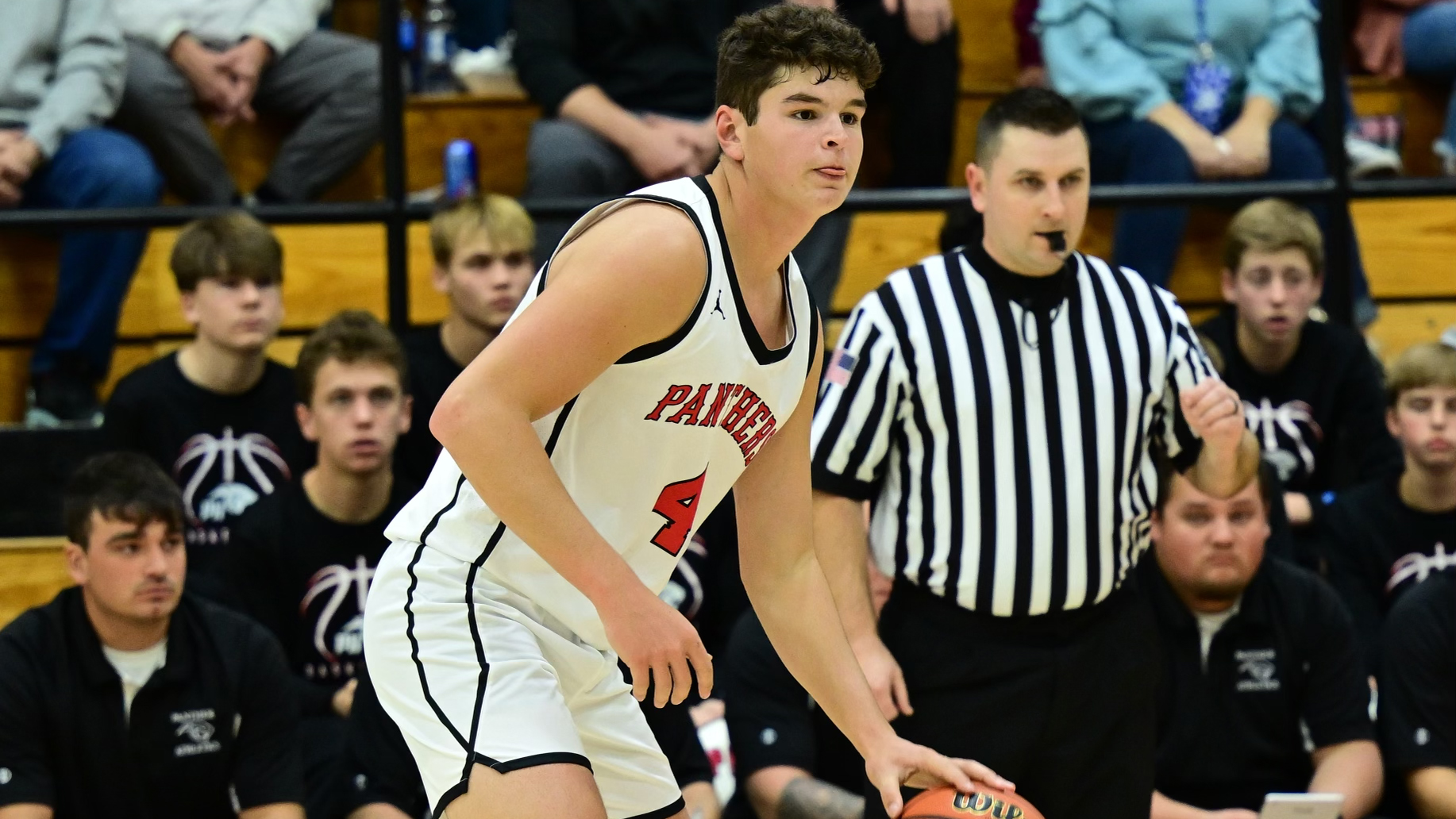 We are one week into the boys’ season for the NECC, and we have seen some impressive games, as well as some games that leave us asking more questions. Dating back to last season, West Noble has won every game by double digits. But can that dominance translate into NECC action? We’ll have to wait one more week before we see WN’s first conference game.

Prairie Heights’ full-court press held Concord to just 33 points, and despite a strong showing from Garrett’s defense, the Panthers remain undefeated. Eastside’s Bentley Ball defense was in midseason form Saturday as the Blazers held winless DeKalb to 41 points in the 50-41 win.

When it comes to Fremont, sharing the basketball is what they do best, and they showcased their potential in the 66-52 win over Lakewood Park. After losing big to Northwood, Lakeland went into Kendallville Saturday and take down East Noble 71-59.

This week, we will start to see more NECC conference games being played as we the schedule starts to pick up in action.

There will only be one game being played by an NECC team between now and Friday. So that takes me to the NECC Game of the Week on the boys’ side as reigning 2A state finalist, Central Noble, travels to Angola.

Unlike the girls’ side, recent games have been owned by Central Noble, mainly during the Connor Essegian era. However, their season opener last Tuesday vs Canterbury was anything but impressive. Central Noble led 22-6 late in the second quarter, yet Canterbury trimmed it down to single digits at the half. Central Noble held on for the 47-44 win, led by junior Drew Pliett’s 13 points and junior Jackson Andrews’ 12.

Now, it is worth noting that sophomore Redick Zolman was not in the building due to sickness, so expect Redick to come in to help this CN lineup. Isaiah Gard was a pleasant surprise as he anchored the frontcourt pretty well and chimed in with 11 points. But can the Cougars sustain championship-level basketball?

Angola still has a long way to go after their 56-44 loss to Wawasee and the Fighting Everingham’s. But if there is one thing to like about this game was the 15 points from junior Lane King. Angola needs big games from Lane and Tyler Call if they want to stay close with the Cougars.

This game has the makings for an entertaining basketball contest at THE STEEL CAGE. This should be a fun atmosphere for fans that are looking to attend this one, and the talent surrounding these two teams is nothing short of impressive.

Head Coach Chris Keil has a nice balance of youth, talent, and senior leadership, and that potential was showing in Kendallville. The Lakers made 11 three-pointers in that game and crashed the boards very well. Nate Keil, Ben Keil, and Tommy Curtis combined for 45 points, and that is the type of balance they need to compete with this fast-tempo Fremont offense.

Speaking of 3’s, Fremont splashed a dozen three-pointers against Lakewood Park led by Brody Foulk’s 20 points, Ethan Bontrager’s 19, and Conner Slee’s 14. But questions still hover over the concerns on defense, and this is a great game to test Fremont’s defense.

This is a matchup the Panthers have had trouble winning in past seasons. However, the Panthers might have the best 1-2 combo in the NECC with seniors Chase Bachelor (Shown in the Feature Photo) and Isaiah Malone averaging 42.5 points per game. However, as Garrett showed Saturday, when one of them isn’t lighting it up to their expectations, “We the Prairie” has had trouble finding someone else to carry the load, other than Malone.

That means, this is team that has to defend well, especially Fairfield’s talented frontcourt led by junior Tyson Frey. Fairfield is still a competitive team under Derek Hinen, so this should not be taken lightly.

We The Heights by 1

The Big Train has been close in both games this season under Andrew Evertts. At Paul Harding, Garrett lost 47-37 led by Luke Saylor’s 23 points. But at Brushy Prairie, Garrett went toe-to-toe with the Panthers in a 52-50 loss. Parker Reed led Garrett with 16 points against PH.

The key challenge will be in the rebounding department as they are averaging 19 rebounds a game with a team that primarily only plays seven players. Lakewood Park has two standouts in Mason Posey and Logan Parrett that score and grab rebounds inside, which is a solid test for Garrett.

That being said, if Garrett can execute the defensive scouting report, eventually shots will fall. I like Garrett’s chances if they can play some good lunchpale defense.

Do not let this matchup fool you. Wawasee has been a difficult matchup for the Chargers over the years with the power of Coach Everingham’s physical defense and some methodical perimeter shooting. The Warrior Teepee in Syracuse, IN, is no easy place to win a game, and West Noble must be able to grind it out in victorious fashion.

For Wawasee, their offense primarily runs through Coach Everingham’s sons: sophomores Myles and Maddux Everingham. Jon Everingham, who formerly coached at DeKalb from 2008-2014, has guided Wawasee to six straight seasons of holding opponents to below 50 points a game. This team is no pushover as they have some size to pound it in the paint led by Collin Roberson.

Wawasee did graduate some solid players, mainly 1,000-point scorer Keaton Dukes who is now at Purdue Fort Wayne. So far, this season, Wawasee has allowed 59 points a game, but it’s Jon Everingham we’re talking about. This is a game you can’t overlook if you’re West Noble.

The Chargers have two studs in senior Austin Cripe, who moved into 3rd all-time in the program’s career scoring list (1,212), and junior forward Bradyn Barth. Both guys combine for about 37 points a game on Ethan Marsh’s motion offense. The Zone Press has been effective so far, and it is a team that is playing tough on that side of the ball.

However, it is important to note that last season saw West Noble losing all 9 games by single digits. Maybe that doesn’t happen in this game, but at some point, this core has to prove that they’ve learned from past lessons. The talent is there, the pieces are there. Can they finish off games?

This is a game where WN has to close out their shooters and limit penetration inside as this Wawasee team likes to do. This is also the type of matchup where Wawasee can pull a few tricks on their sleeve.

In the past, they have tried different play styles, such as a 4-corner-offense, to try to throw opponents off. If you’re planning on seeing this game, beware of the unpredictability of Wawasee’s gameplan.