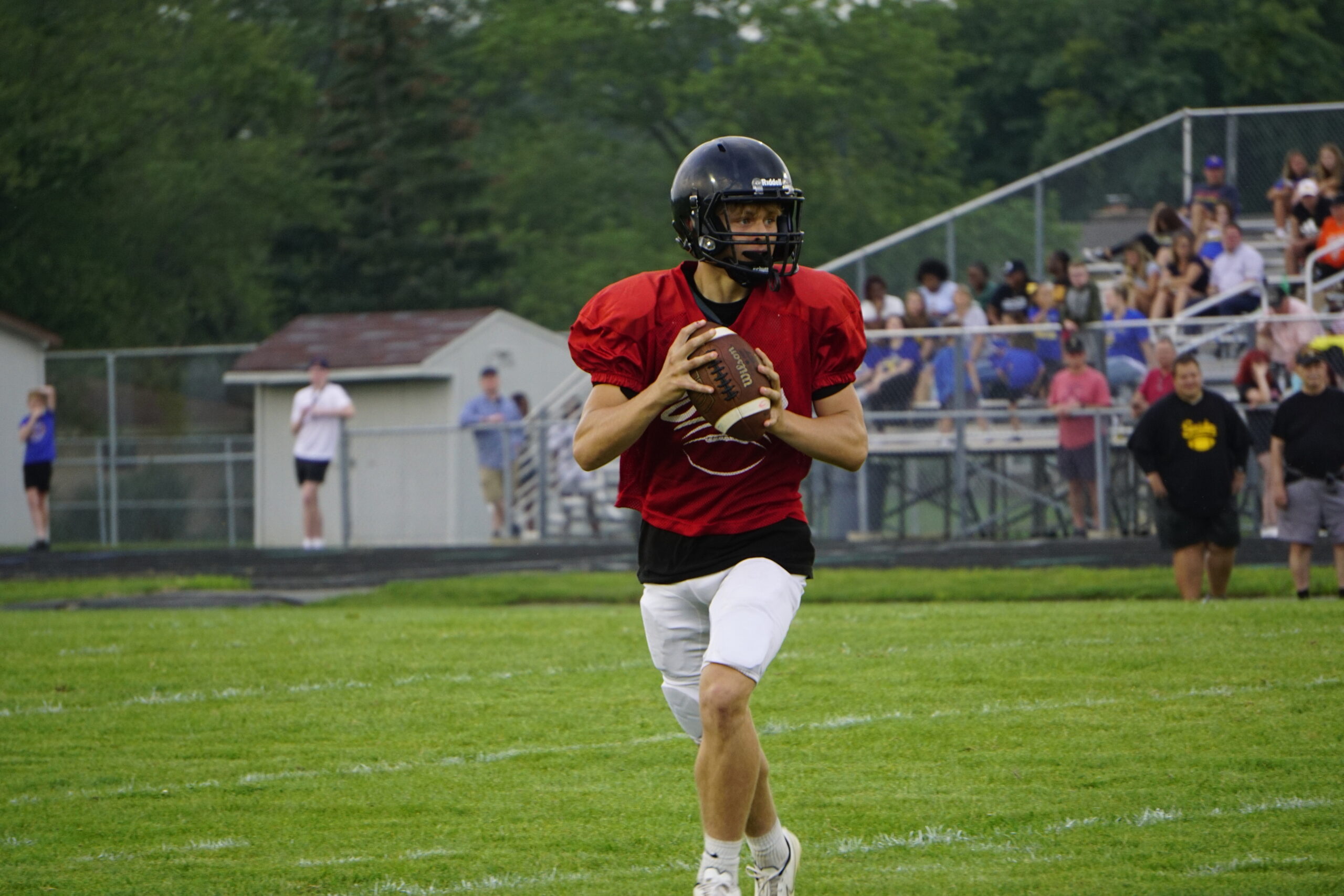 Week 1: at North Side

Seeing that 5-5 record from last year’s Snider team is a bit jarring. It was a very unusual season for the Panthers, being the first time they hadn’t had a winning season since 1989. For that reason, seeing their team at number 1 should be like a breath of fresh air for the Panther faithful. And they’re there for good reason. Snider returns numerous starters from last year, including junior quarterback Luke Haupert and 1,000 yard rusher Tyrese Brown on offense, as well as linebackers Domanick Moon and Isaiah Maxwell on defense. This star power on both sides of the ball are what will help Snider to not only bounce back from last season, but also to win a possible SAC title and go deep in the postseason. It’s safe to say that the Panthers are back on the prowl.

One of the SAC’s most explosive offenses from 2020 returns plenty of key weapons. South Dakota St commit Jeff Becker returns at QB, coming off a season where he threw for 2,581 yards and 33 touchdowns. Alongside him will be WR Jameson Coverstone, who had 43 receptions for 717 yards and 9 TDs, and figures to play an even bigger role in this year’s receiving corps without 2020 reception leader Mason Englert. Throw in a couple of senior leaders like Tucker Steely and Ethan Beaupre on defense, and it’s easy to see why this team is so excited to get this season going. But perhaps the thing they’re most excited about is playing in front of nearly 7,000 fans at their brand new football stadium, in which they will host a very skilled Luers team to open the season.

There are many reasons why Dwenger should be optimistic about this season. For one, 2020 marked the fourth straight year where they won 10 or more games in a season. But recent history aside, this team is littered with talent. Two of the SAC’s best receivers return in Rocco Ciocca and Henry O’Keefe, who combined for 71 receptions and 1,338 yards in 2020. KJ Tippmann leads a group of running backs that averaged above 4 yards per carry and Gavin Groves, Collin Vance, and Sam Campell headline yet another hard-nosed Dwenger defense. However, the question remains as to whether the Saints will be able to replace the production and leadership they’d gotten from QB Brenden Lytle for the last few years. This team will find success no matter what in 2021, but having another polished quarterback would go a long way in making another deep playoff run.

Like Dwenger, Homestead has to replace a talented QB after Evan Ormsby lit the conference on fire with 2,587 yards passing and 36 touchdowns last season. However, with uncertainty still surrounding the quarterback position, one thing on offense can be said for certain: WR Nate Anderson is set up for another tremendous season. Even with a loaded wide receiver room in 2020, Anderson shined with 49 catches, 1,130 yards receiving, and 17 touchdowns. What makes Anderson so important to this year’s team is his experience. As mentioned above, the Spartans have to replace their quarterback, but they also have to make up for the production of tailback Braeden Hardwick and wideouts Jared Kistler and Ethan Chambers. The losses of LB Luke Palmer, LB Cole Etchison, and SS Ryan Burton on defense hurt as well. This is a very young Homestead team that will need to find their rhythm quickly in order to defend their conference title in 2021.

No team improved more over the course of the postseason than Bishop Luers. It helps that they played other 2A schools, but making it to state no matter what class you’re in is a major challenge. With the way the state championship game ended for Luers and the heartbreak they felt after coming so close, you have to feel like this team has a chip on their shoulder going into this season. They want to get back and have another shot at a state championship. They have a legitimate chance to do so too, with senior quarterback Carson Clark returning after a 3,592 yard, 38 touchdown season. They also have two great running backs, Sir Hale who averaged over 7 yards on his carries in 2020 and Aden Dennis who shined in Huntington North’s sectional game against Wayne last year. There’s also Brody Glenn, who had a ridiculous 65 receptions, 1,265 yards, and 16 touchdowns last season. This offense has the ability to keep pace with the big boys of the SAC. That’ll be put to the test in their week 1 showdown with Carroll.

2020 was a ride of emotions for North Side fans, from beating Snider, to losing to Northrop, and nearly knocking off Dwenger, twice. However, they all know that this year will be a little different. The Legends no longer have Duce Taylor or Jasuan Lambert to carry the load, but they do return some great receivers such as Jordan Turner, Rodney Woods, and the explosive sophomore Brauntae Johnson. Though they didn’t lose everyone, 2021 will still be an uphill battle for first year head coach Ben Johnson Jr and this North Side team.

The Generals improved to 2-9 last season, after losing all 10 of their games the year before. They return Aidan Meek at quarterback and Shawn Collins was very solid on the ground, averaging 7.8 yards per carry. The defense also has multiple returning starters such as Arthur Mhoon and Tizelle Thomas, who will look to help improve Wayne’s efforts on the defensive side of the ball after allowing 20 or more points in 10 of their 11 games. The experience they have on both sides of the ball makes them a dangerous team, but it will be tough for them to get off to a hot start as Dwenger and Luers open their schedule. Still, this team could pull some upsets this year.

Yes, Damarius Cowen is gone. And yes, the Bruins will need to find a way to replicate his production on offense. His efforts were crucial in helping the Bruins to grind out a few key victories against Homestead and North Side last year. However, let’s not forget what they have coming back. Keone Bates and Roosevelt Norfleet III are both capable starters at the quarterback position and this secondary that includes O’Marion Rogers and Dezmend Shaw, among others, could help Northrop to hold their own on the defensive side of the ball. We’ll see if they can hang with a few teams this year.

Week 1: vs South Side

The Cadets got gutted this offseason. QB Brandon Davis and RB Amir Drew are the two key losses on this team, after accounting for 2,913 yards together. Their terrific return man Kam Johnson is also gone after having both a punt return and kickoff return for a touchdown in 2021. The schedule is brutal too, with Homestead, Snider, and Luers all showing up within the first four weeks of the season.

Under the leadership of new head coach Guy “Tiny” Lee, the Archers have their sights set on another improvement in the win column. Trevor Hapner is back after having 89 tackles and 9 tackles for a loss in his junior season. He will be the primary leader for a team that hasn’t had a winning season since 2009 and hasn’t won at least 3 games since 2013. The Archers would love to break both of those skids. Their season will start with a very winnable game at Concordia.

Archers Target a Turnaround
Cadets Embrace Transition on the Gridiron