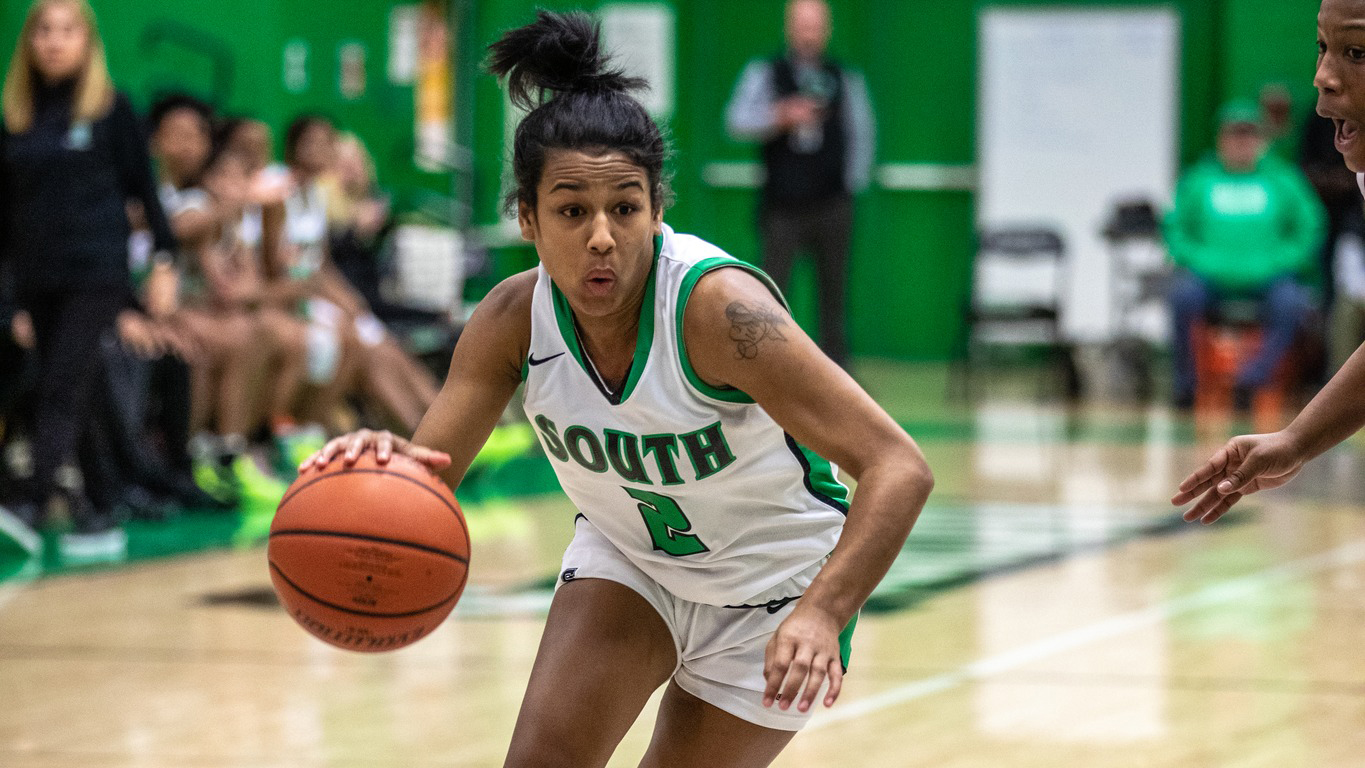 The Bruins opened up their season with a dominant victory in which 5 different scorers reached 8 points or more. Saniya Jackson and Destini Craig led the way for the Bruins scoring 19 and 18 points. Craig got her 18 points on an impressive 8/9 shooting along with 5 rebounds, 4 assists, and 2 steals. The depth of this team mixed with the star power at the top is going to make them very hard to beat this season and they have shown that not having a game come within 35 points so far this year. Saniya Jackson and Destini Craig are going to be a top duo in the SAC as they have combined for 37 PPG through three games.

The Spartans rolled in their first game of the season controlling the Greyhounds all throughout. The Spartan’s effort was led by seniors Ali Stephens and Molly Stock. Emma Ruest and freshman guard Myah Epps also stepped up big in the win for Sparty. All 12 players on the roster saw some action against the Hounds which isn’t much of a surprise as they pulled away for a 21 point victory but that may happen more than most people think this season as this team figures to be one of the deepest rosters in Coach Parker’s tenure. The Spartans dominance continued through their next three games as they now sit at 4-0. Ali Stephens has emerged as the leading scorer for the Spartans as she put up 24 points in a 38 point Spartans win over Norwell. Emma Ruest also has stepped up big so far this season as she dominated in her last outing going for 15 points, 11 assists, 8 rebounds, and 5 steals.

The Chargers opened up the season with a statement knocking off a very solid Columbia City Eagles squad. Seniors Kayla Gibbs and Taylor Fordyce led the effort for the Chargers as they each scored 20 points. Sophomore Jersey Paul also stepped up big, scoring 15 points while shooting 63% from the field. The Chargers also went on to cruise to dominant victories over Angola and Huntington North. Through three games Kayla Gibbs and Taylor Fordyce have led the way averaging a combined 34 PPG. The Chargers will be put to the test once again when they face the Carmel Greyhounds.

The Panthers opened up their season with a close loss against Lake Central and then a bounce-back win over Portage on the same day. Jordyn Poole led the effort for the Panthers as she scored 14 points in each of the two games. Tia Phenezy also was big for the Panthers as she got a double-double with 10 points and 13 rebounds in the win. Since opening day the Panthers have faced some tough competition falling to Huntington North and Columbia City while also getting a 53-15 win over Bishop Dwenger. Poole has been leading the Panther effort so far this season with 15.6 PPG.

The Generals have had a rocky start to the season as they opened up with three straight losses. In their last outing, they were able to get a turnaround win over Heritage. The Generals have had a very balanced attack so far this season with three scorers averaging over 7 points a game. Emilia Diaz has led the effort with 9.3 PPG along with Sydney Gorman(8.3 PPG) and Khalise Collins(7.7 PPG) also having a big impact so far. Collins has also been big on the glass with 5.7 rebounds a game.

The Knights have had a very strong start to the season after losing their opener by 7 to Central Noble they have bounced back strong with two straight wins of 28 or more points. Annika Davis has led the way for the Knights with 12 PPG while also coming up big defensively with 3 steals a game. Addie Shank is another impact player for this squad as she has put up 11.7 PPG while also reeling in 9.7 rebounds a game. Overall the Knights have a very balanced attack with three double-digit scorers in Davis, Shank, and Maggie Parent along with freshman Miley Wareing(8.7 PPG) and junior Kyndal Tyree(7.3 PPG).

The Saints opened up their season strong with three straight victories getting wins over Churubusco, East Noble, and Bluffton. The Saints now are on a two-game slide losing to Bellmont and Snider. The Saints will now look to bounce back against the New Haven Bulldogs.

The Cadets opened up their season with a dominant win over New Haven 57-25 before going on a two-game slide with losses against Bellmont and Northrop. The Cadets were able to bounce back in their last outing though as they got a 7-point win over East Noble. Lauren Goodman led the way for the Cadets with 14 points while Annika Nelson also came up big with 11 points of her own. Overall through the first four games, it has been the same two players leading the way as Nelson and Goodman have combined for 18.8 PPG and 9.3 rebounds a game so far this year. Alivia and Cailyn Bolinger have also been impact players for the Cadets as they have combined for 10 PPG.

The Legends have had a rough start to the season as they remain winless four games into the year. Even through the rough stretch for the Legends sophomore guard Kaleah Williams has certainly averaged 19 PPG along with 4.8 rebounds a game so far and that is not even the impressive part of her performance as she has averaged an incredible 8.3 steals a game. Jaliyah Paige has been another key player for the Legends as she has put up 7.5 PPG along with 8 rebounds a game and 3 steals a game. The next game for the Legends will come against East Noble.