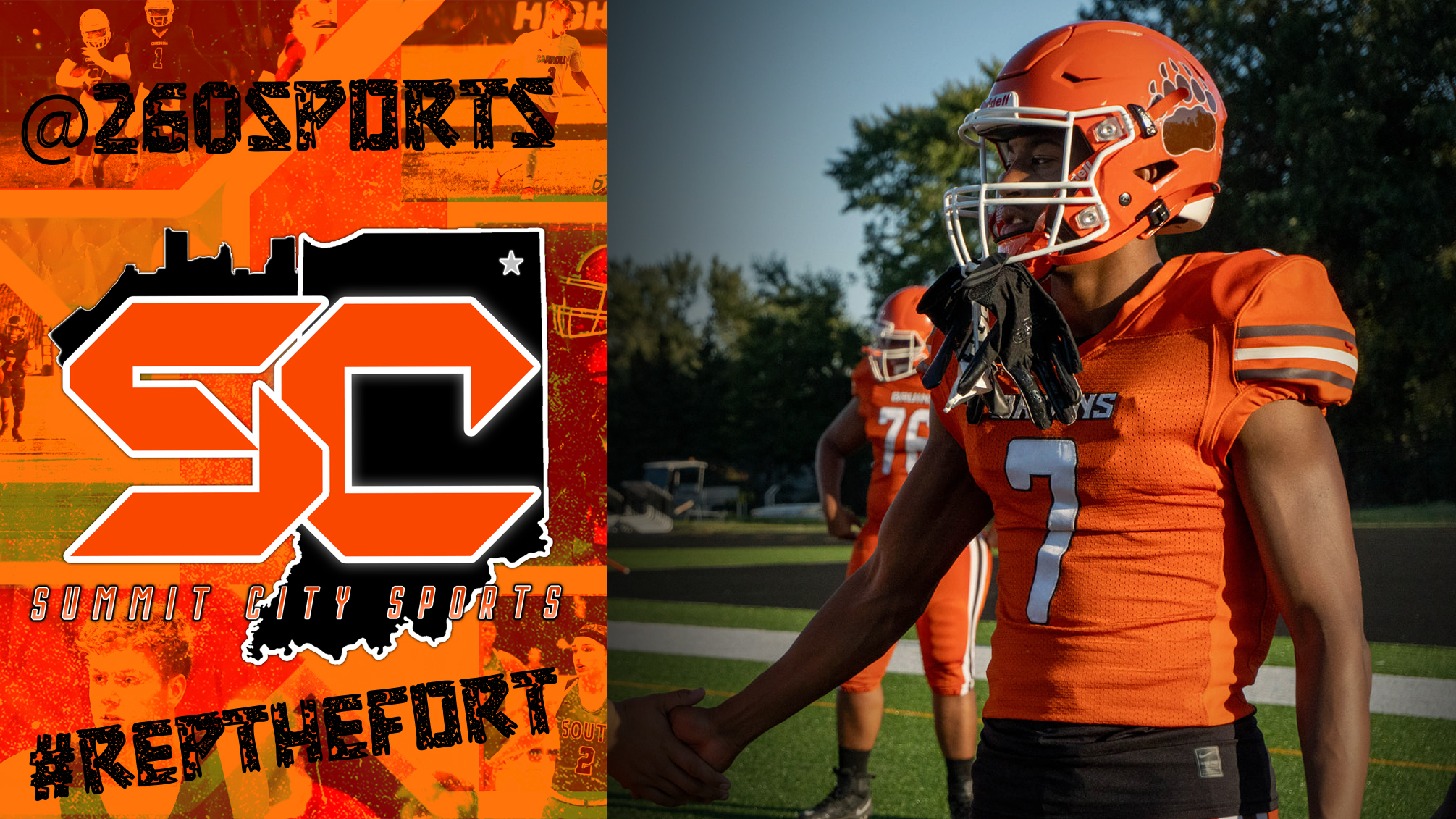 As a new piece at Summit City we will be doing a spotlight on area high school football players
with aspirations and potential to play college ball. This week, I had the pleasure of doing a phone interview with C.J. Davis.

For measurables, Davis stands at 5’10” and 175 pounds. Multiple recruiting sources have him
pegged as a 3-star cornerback/wide receiver. He also floats between a 3.7 -3.9 GPA in the classroom.

For his @260jake scouting report, I have C.J. Davis as a rangy, explosive player. He is a guy that can find holes in the zone. He is deceptive on the defensive side of the ball and has solid closing speed.

Recruitment for C.J. has picked up a lot this year. He has offers from Air Force, Army, Navy, Central Michigan, Western Michigan, Marshall, Fordham, Dartmouth, and more. With Davis being a gamer on the field and in the classroom the offers from premiere educational facilities are no surprise.

I asked C.J. what we can expect to see improvements on in our booth broadcasts this season and he said with his additional work at Traction AP, we should look to see quicker feet, better breaks on the ball, and for him to be more explosive than last season.

When I brought up his senior season and playing under a new coaching staff the possibilities excite him. He had all positive things to say about his old coaches who have moved onto Leo.

Especially Coach Zolnik who he refers to as “Coach Z”.

As a big advocator of youth football, I probed C.J. on what younger players should do to help get seen by colleges. He said go to camps and make sure you are sharing film to your social media outlets.

It was a pleasure talking to C.J. Davis and we at Summit City wish him nothing but the best. There could be some additional workout footage coming from some of these prospects in the near future so stay tuned!