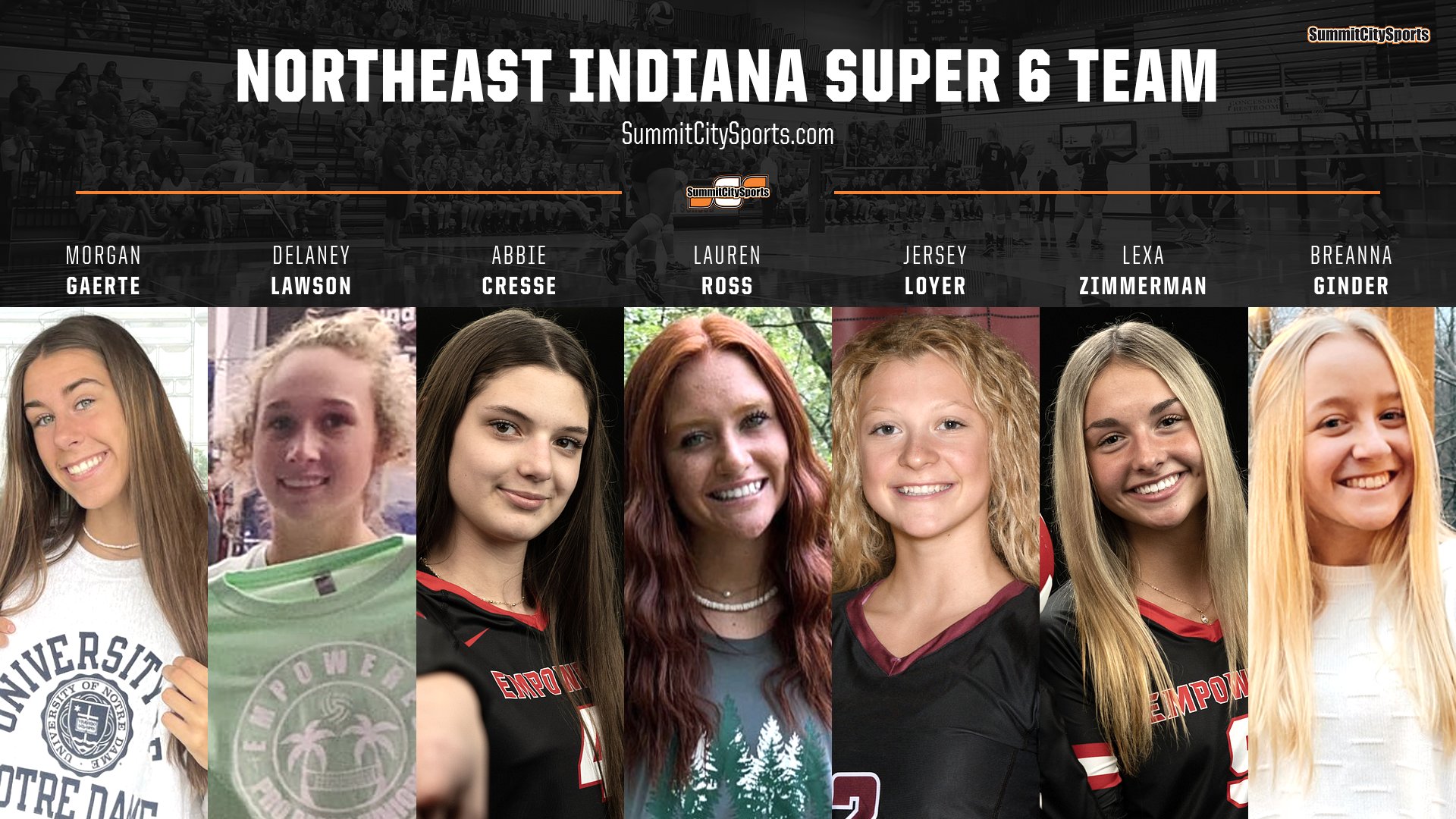 She stands 6’4″ with a long wingspan. Already committed to Notre Dame. One of the area’s top stars and leads an Angola team that is looking to go to the next level this year. She’s got one of the best serves in the area.

Every year she’s gotten better! When Bellmont needs a point, they go to her. Her team almost took home the state title last year. She’s a legit prospect at the next level. Look for her to have a huge year for the Braves.

She’s a true threat in the middle for the Braves. Her long arms give her the ability to block or make the opponent have an error. Her Blackhawk team returns nearly everyone from last year. Look for her to lead the Braves deep into the playoffs.

Man can she fill the stat sheet! The area’s top setter returns for the Braves. Lawson and Sutter give her plenty of options in the front row. She is the leader of this team for sure. Makes great decisions in the clutch. She’ll play at the next level for sure.

She is the Swiss Army Watch of this group. She can do it all! Would have been an outside hitter on this list but she’s special and she can play some defense. Excepting big things from her this season. If she gets some help in the front row this year her team could bring home SAC crown.

Great defensive player for the Saints. Played libero last year but might get some swings in the front row this season. Athletic and a leader on the court. Can Dwenger get back to their powerhouse form under a new coach? Zimmerman’s passing could lead to some quick points in the middle with Stores and Pelkington leading the way.

An elite defensive player! Great volleyball instincts with a passion to go get the ball. Got a chance as a freshman and never gave up the spot. Carroll may have the best back row in the area. Ginder, Hendershot, and Guderian make up a fantastic group of back-row talent. Carroll could make some noise in the postseason for sure.