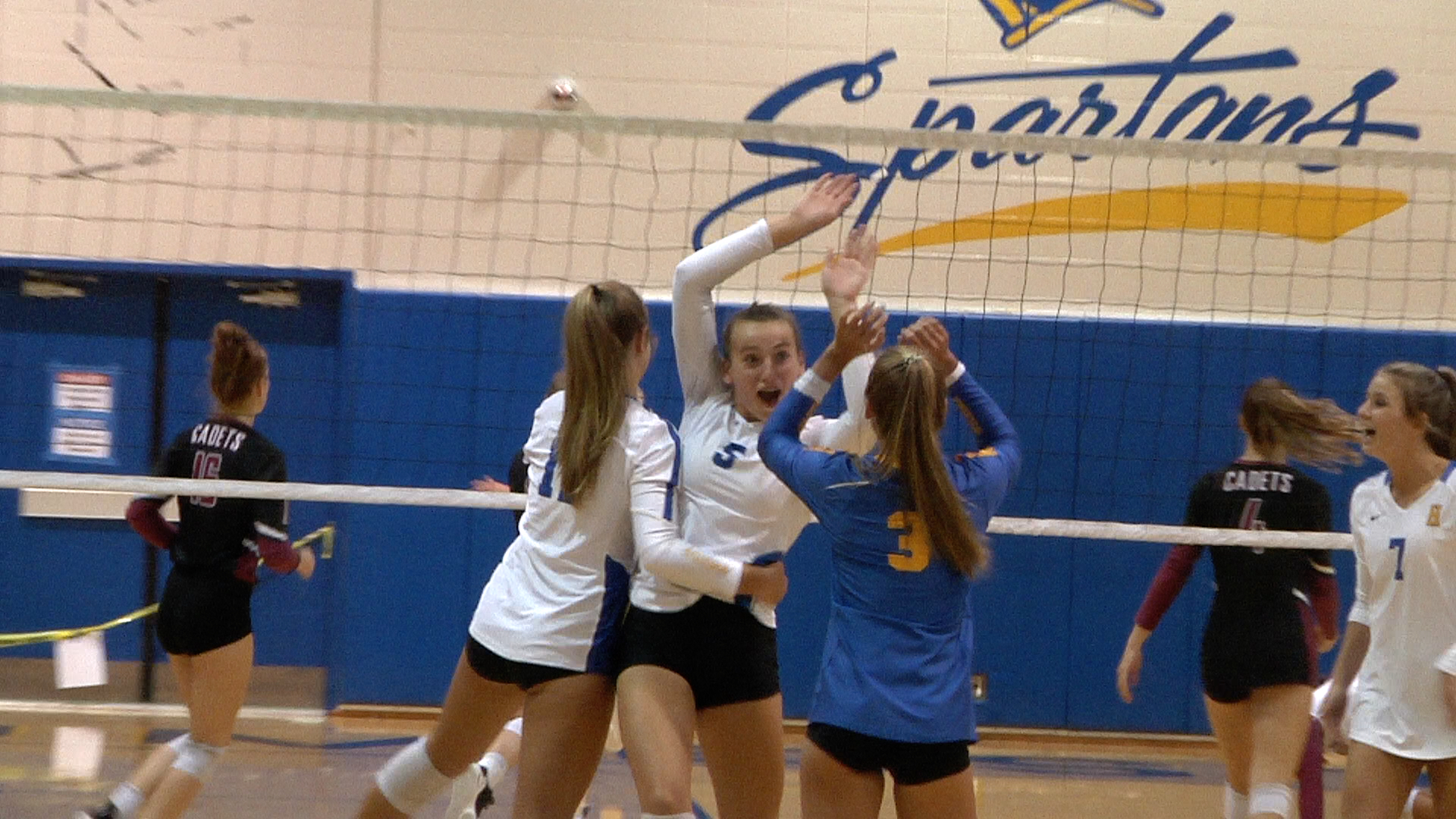 Homestead gets big Win over Concordia in opener

Homestead gets big Win over Concordia in opener

On Monday night two of the best teams in the area the Homestead Spartans and Concordia Cadets faced off in Spartan Arena to start off the season.

The Spartans were able to take control in the first set with the dominant play from Taeley Maher, Kendall Frey, and Addy Tindall. Tindall finished with 15 kills on the night and here is one of them. She was also hyping the Spartans up by getting some blocks which she got two of on the night. And to close out the set it was Addy Tindall once again making the play for the Spartans.

The second set started off with some Spartans dominance as they took a 13-3 lead with some more big plays from Maher and Tindall. The Cadets then quickly were able to regroup and turn it around being led by Jersey Loyer. Eventually, they were even able to take a 22-19 lead with this play as Paige Jackson set Loyer up for the kill. From there it was back and forth until the Spartans were able to close out the set 27-25.

In the third and final set, it was all Sparty as they were able to win it 25-13. And once again to finish it off it was Addy Tindall.