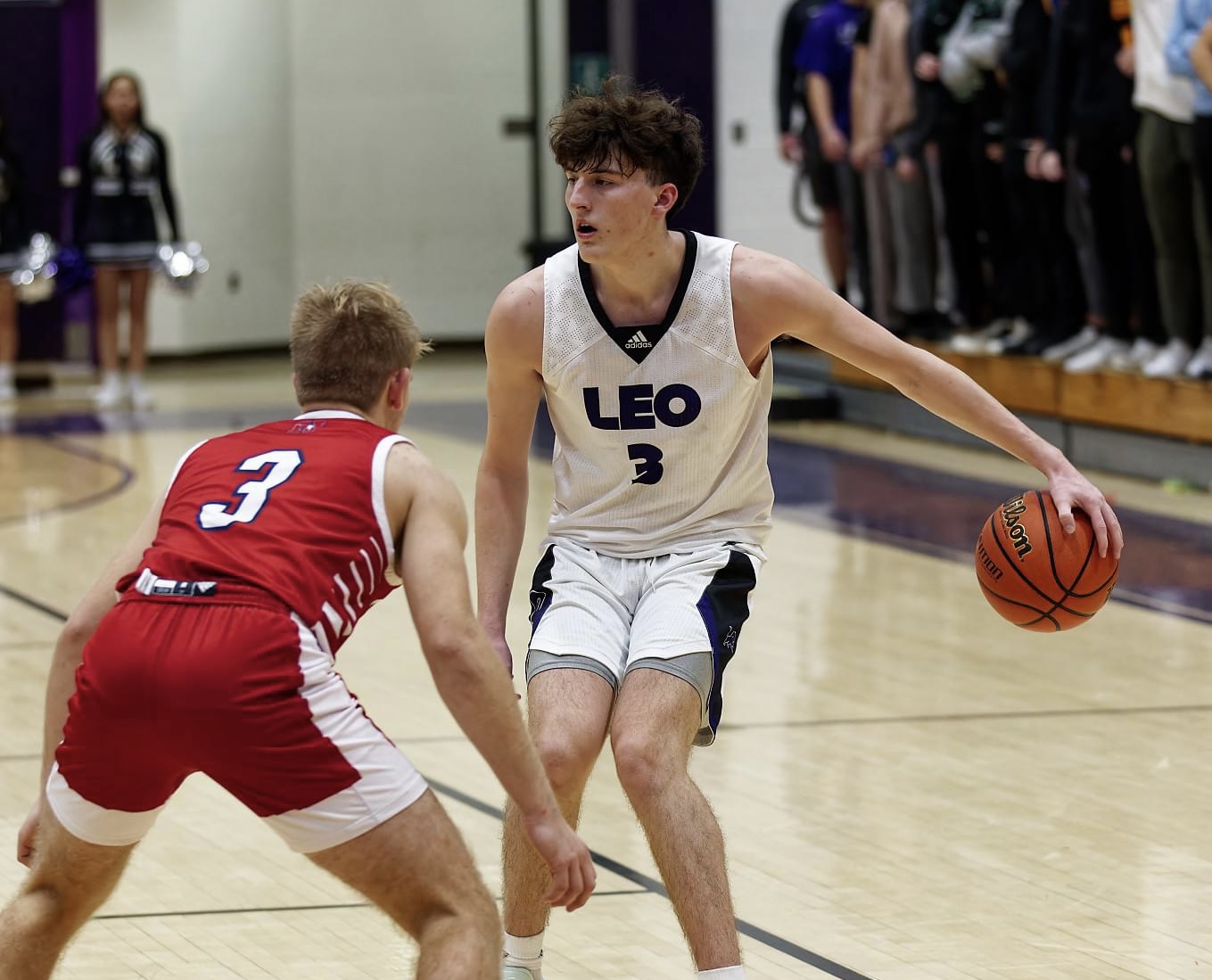 After a heartbreaking loss at Carroll, Norwell is on a roll with wins in three straight games, including a 68-21 win over Mississinewa and a 76-50 win over Oak Hill. Columbia City responded from a 67-55 loss at Warsaw with an impressive 64-46 win over Canterbury. Norwell beat Bishop Dwenger 73-47 last night on Luke McBride’s Double-Double (21 points and 14 boards). McBride is a Bethel signee.

New Haven had a very competitive week beating Northrop 52-41 and losing 63-61 to Blackhawk Christian led by a dominant week from Darrion Brooks. Finally, Bellmont continued their solid start with a 51-44 loss to Concordia and a 42-23 win over Whitko.

DeKalb and East Noble still have no wins so far this season. Will that change this week?

This is the game of unknown as Snider opens up their 2022-23 season with a trip up north to Waterloo, IN. The Barons have been battle-tested, but also suffered inconsistent results so far. They have been close, but not close enough to find their way to victory lane.

DeKalb is only scoring 43.7 points per game, which only Huntington North has a worst offensive efficiency. Caden Pettis has led the way averaging 17 points per game. But there are some athletes there that have capabilities to improve this offense such as Donnie Wiley, Parker Smith, Alex Leslie, and Caiden Hinkle.

With Snider, there is a lot we don’t know right now. Ke’ron Billingsley is the lone starter back from last year, and he does have that football speed to make a difference. But in a way this feels similar to last year’s Carroll team. Will inexperience be that much of a factor this season? We’ll found out.

Columbia City continues to win games through their defense as they are holding teams to 45.8 points per game, even though the offense is generating 65.3 points per game. Last night, the CC Eagles dropped 91 points on Busco led by Hedrick’s 25 points and Fuller’s 23.

Carroll, under Ryan Abbott, is experiencing possibly the biggest turnaround in the state of Indiana. Abbott’s competitive team won 2 games all of last season. So far, they are 2-0 averaging 78.5 points per game, which includes a 59-58 thriller over Norwell.

Last season, this game went down to the wire with the Eagles winning 53-46. It could be the same result this time around. But I beg your Pardon?! I see Carroll having other ideas.

It is a NE8-NECC clash at the Steel Case as the Eagles host DeKalb. After a 74-56 loss to Lakeland last Friday, Fremont went into Garrett and won 67-55. Once again, that balanced scoring came back into Fremont’s favor. Ethan Bontrager and Corbin Beeman had 20 points, with three other players adding 10. All in all, Fremont also made 10 threes.

Those two things have to happen in this game as DeKalb has the size and athletes to contain that scoring and pound it inside. Fremont’s defense will be challenged as they are giving up 60.3 points per game. Can they win the rebounding margin on this team?

Once again, it is another battle-tested non-conference game for the New Haven Bulldogs under Bruce Stephens. But what makes this start interesting is New Haven is literally two bounces away from being 3-0, so this is not a bad team by any stretch.

Homestead looks like a juggernaut once again with dominant wins over Huntington North and Warsaw. Offensively, it’s been the backcourt duo of junior Will Jamison and senior Kyron Kaopuiki. Jamison is averaging 17.5 points, 3.5 assists, and 2.5 steals per game, while Kaopuiki is averaging 16 points, 4.5 rebounds, and 2.5 assists per game.

As a team, Homestead is shooting 43% from the floor and 35% from deep. The defense is giving up just 26.5 points per game, but that number will be severely tested against this powerful New Haven team. The Dawgs are averaging 59.7 points per game led by the sensational Darrion Brooks. Brooks is averaging roughly 26 points per game in the last 2 games alone and posted near triple-double figures in that process.

There is some serious talent behind him with Jeremiah Cottrell, Mylan Graham, Jojo Robertson, James Hardy IV, and of course the true freshman Korbyn (HAM) Hammel. As you can see, there are dawgs, dawgs everywhere. Now, can the Bulldogs win the big one this week? This is an excellent measuring stick game.

A heated EACS rivalry takes placed in Woodburn, and we don’t have to wait till the last week of February to see these two battle for district bragging rights. In their last meeting, this rivalry game came down to the final shot of the game, where Braden Smith hit THE shot heard across the 260 from the volleyball line to stun Leo 53-50.

Woodlan is off to a strong 4-1 start, and the flare for the dramatic has continued into this season. This time, it’s been Trey Yoder delivering the final line as he already has a buzzer beating basket to beat New Haven 68-66 and scored with 5 seconds to go last night to beat Angola 51-48.

Woodlan has a lot of weapons that can beat anyone, despite losing Joe Reidy to graduation after last season: Braden Smith, Trey Yoder, and Alex Miller all average in double figures. That will be a significant challenge for Leo who suffered a 49-44 loss last night to Bishop Luers.

Leo’s biggest concerns lie in the lack of scoring depth within that lineup as it has been Trey Hiteshew (Shown in the Featured Photo) and Jackson McGee getting it done so far. We may need more from Brock Schott, Jevon Walker, Eli LaGrange, and Nolan Hiteshew in this one.