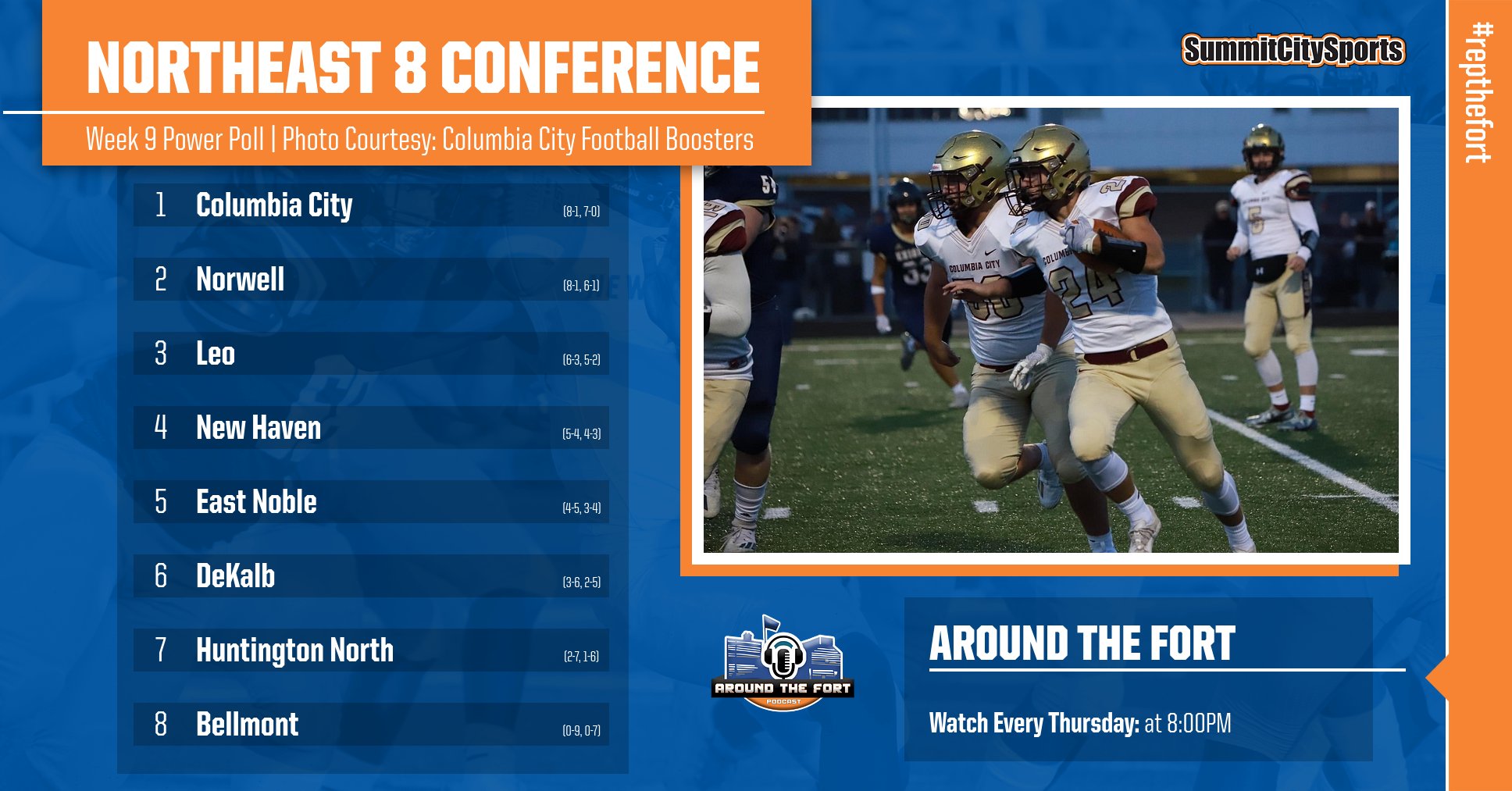 The Eagles come in as a three-score underdog and pull off the upset at the Courtyard. A monumental win for Coach Fox and Co. One of the biggest wins in program history!

A heartbreaking loss at home to the Eagles drops the Knights down a peg for the first time in the entire season. Do not worry Norwell Nation. A playoff run is on the horizon!

The Lions finish the regular season strong and set themselves up for some hype into the playoffs.

New Haven did a great job battling through injury and put together a nice couple of weeks. Thus, finishing in the top half of the poll to end the season. Well done, Bulldogs!

East Noble ends the regular season on a high note handling the Braves.

A great year of offense for Irk and Overbay. Big things in the future for those players.

The Vikings had some great glimpses this year. They have some things to build on for next season and a fresh start in the playoffs.

The Braves may not have gotten a regular-season win. But fear not Bellmont faithful. This team has a lot of fight and things to build on for the future!