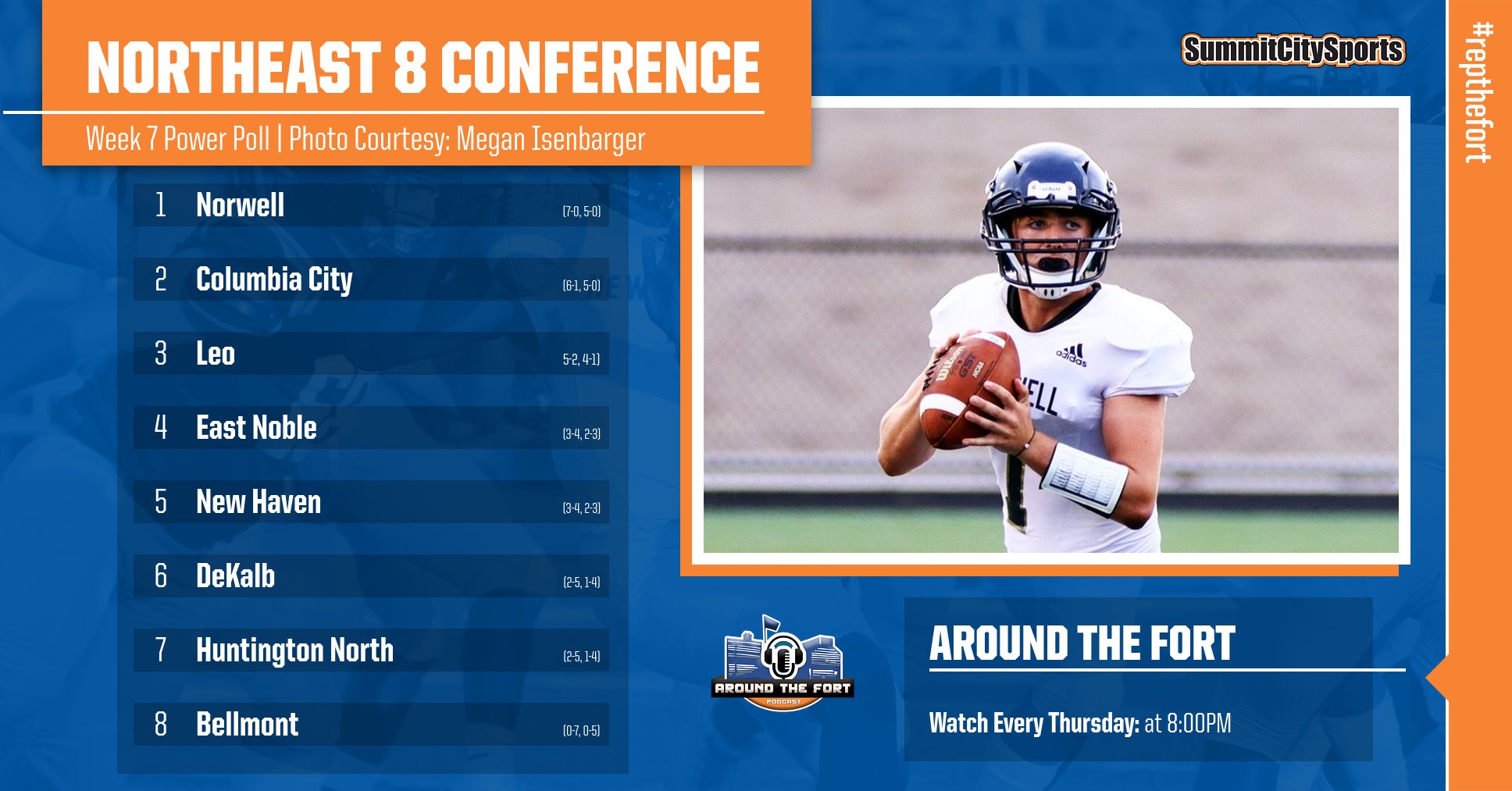 Watching Twitter updates for the first quarter had me like…. Whoa! And then the Knights decided to take off and not look back again. Another week; still not moving out of the one slot.

The Eagles have shown to be a complete football team. They jump the Lions based on score vs East Noble. The Knights have handled CC for over 10 years. This was a much-needed win for Coach Fox and company. And now, the Leo Showdown at State Road 9 ensues!

The Lions handled business as they should against an inferior opponent. This is the most meaningful week 8 game in a Columbia City – Leo matchup in… well… forever!

This Knights team is young. They came into the season with a little less hype than usual. But they can still win out the last two games strong.

The Bulldogs are getting some guys healthy at the right time. This game could be the battle for the last slot in the top half of the regular season power poll.

It is great to see this offense have so much success with so many weapons. But until the Defense can play more meaningful football it will be tough sledding. A game against Bellmont can get the Barons back on track.

The old-school brand of offense is fun to watch. But the Vikings have tough sledding against the top seed this week. They will want to grind the clock and fight to keep this one close.

The Braves do not quit fighting and you love to see that. You never want to see a winless squad so maybe an upset in one of these last two!