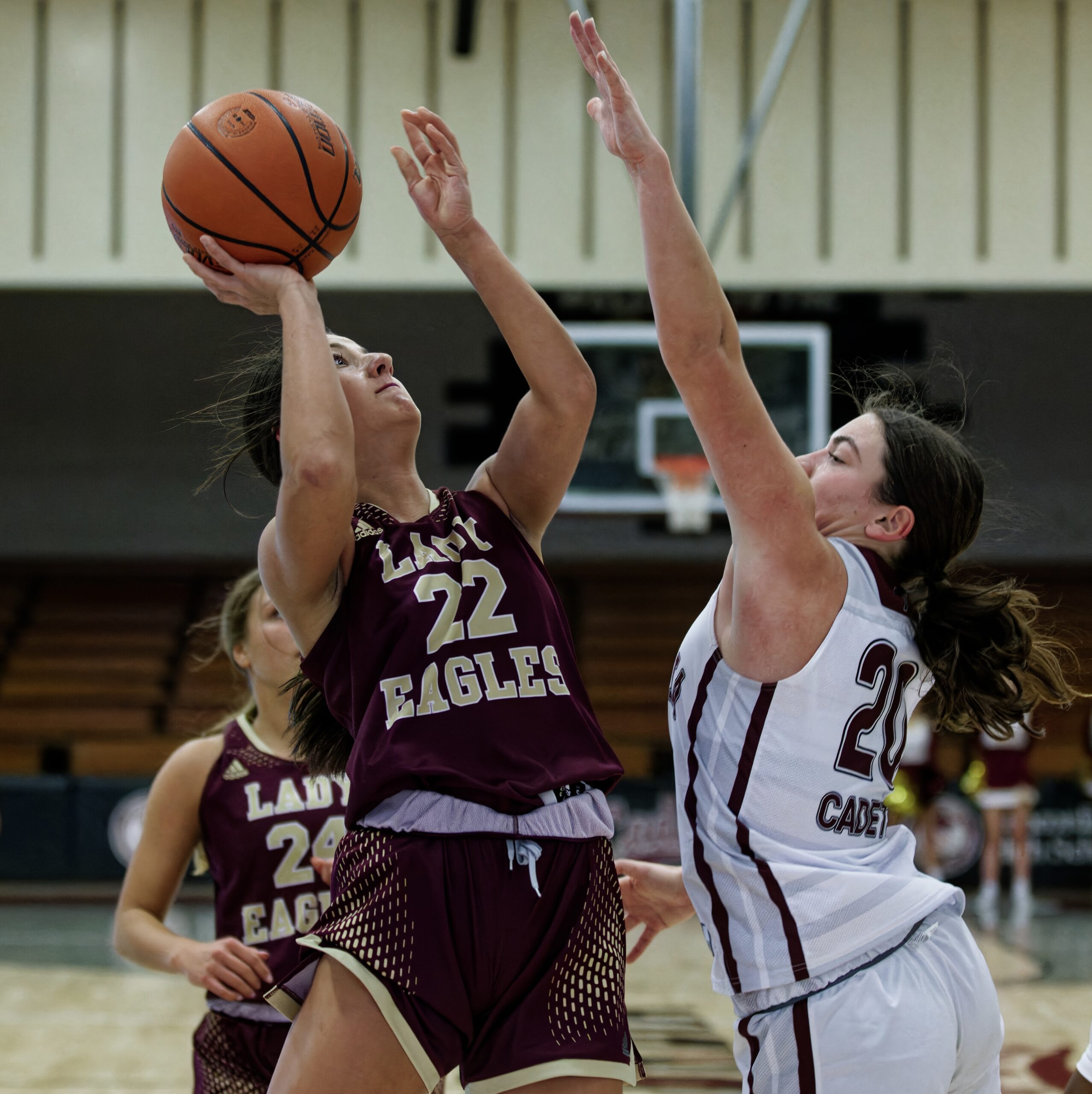 With less than a month to go in this 2022-23 regular season, it is getting close to crunch time for the NE8 race. Conference wise, it wasn’t necessarily the most exciting week, unless you were a Columbia City, Bellmont, or to a lesser extent a DeKalb fan.

The Barons score a season-high 71 points led by Lillie Cone’s career-high 27 points in the 30-point win over New Haven. Columbia City rallies late thanks to the heroic efforts of Addison Baxter to beat Bellmont in heartbreaking fashion 47-46 at C. City. Kennedy Fuelling and Makenzie Fuess combined for 46 points as Norwell dominated Leo 87-31.

Here are some of the key matchups that are coming up this week.

It’s a solid non-conference matchup to get these teams prepare for the next set of conference games. The Lady Vikings have been one of the 260’s stronger teams led by the future Marian Lady Knight, Taylor Double, junior Grace Fields, and sophomore Marissa Trout.

Huntington North is coming off a dominant 71-29 win over East Noble led by Double’s 27 points and Fields’ 22 points and 8 rebounds. Prepare for trouble and make it double, because Taylor Double is closing in on 1,000 career points (currently has 942).

Speaking of East Noble, that’s who Wayne played just last night as the Generals won convincingly 60-30 thanks in large part to Khalise Collins and Shabrea O’Quinn combining for 29 points. Sydney Gorman is an automatic sharpshooter with over 150 3’s in her career. Aniah Hill had a near quadruple double vs Whitko, and Emilia Diaz is a very selfless guard for these Generals.

Now, I am not sure they are quite ready for the big dogs of the 260 yet, but man the future seems bright for Wayne, and that is something we should be happy to see.

Ohhhhhhhh baby! I am so excited to talk about this matchup! The last time these two teams squared off, Niya Bell hit the game-winning three-pointer at the buzzer to knock off the Lady Braves 42-39 in Decatur.

In case you haven’t noticed already, Northrop is really, really good at this basketball thing. The Lady Bruins are averaging 69.6 points per game, and they are winning by an average margin of nearly 37 points. That Snider game (Northrop won 79-70) was a fan’s dream! It was AWESOME! Nae Nae Donahue and Jordyn Poole vs the Jackson 3, Lexi Castator, and Riley Pepple.

Northrop has tremendous size averaging 30.7 rebounds and 6.9 blocks per game. Neveah Jackson, who recently reached 1,000 points, had a monster 23-point game against Snider. Her twin sister, Saniya, is just as good as Neveah, and these two have become one of the state’s most talented frontcourt duo out there. That doesn’t include the fact Swynn Jackson is only a freshman.

Freshman Khala Williams-Thomas had the game of her young career against Snider with 18 points and 2 mammoth blocks. Castator is the jack of all traits at the point guard slot. If you leave Riley Pepple wide open in her office, you can say goodbye to your hopes and dreams. That’s with the fact they have spent the last 10 games without Destini Craig on the floor due to an injury.

Now, here comes the challenge. Bellmont is a very well-coached team. Andy Heim is going to get these girls prepared for this week because they are mad that they did not get the job done at Columbia City.

Whether it is Sydney Keane (13.1 points) at the point guard slot, Hailey Cole (11.1 points) in the paint, or the complementary roles of the Bleke girls, Bellmont has a strong team identity. This is a team that plays extremely hard, defends tough, and they will not be scared of Northrop. I am saying this because Bellmont isn’t scared of anyone. That’s what makes Bellmont so good.

If they can compete extremely well in the paint defensively, Northrop will have their hands full.

After a slow start to the season, DeKalb is finally showcasing some of that potential from earlier this season. Not only is Ashley Cox still playing like the Ashley Cox we know she can be, but now we are starting to see Lillie Cone get some swagger back with her perimeter shooting.

That right there is bad news for a young East Noble team that has lost nine straight games. To their defense, their schedule has not been kind to them this season, but it is clear the growing pains are steep in 2022-23. However, Bree Walmsley is having a solid senior season averaging around 9 points, and Bailea Bortner is taking another step closer as a junior averaging over 8 points. It is still a rivalry either way, so I expect EN to play hard.

The last time these two teams met, Bellmont went into sectional play and ended Norwell’s season. It does not take a rocket scientist to realize that win by Bellmont is a program changer in so many ways. It signifies a new era of Bellmont basketball.

Norwell knows they do not want this to happen again Saturday night. So, right here showcases a heated rivalry between close rivals that want to beat each other. Norwell loves to run their 1-3-1 and pick up the pace offensively. Bellmont is not afraid to slow it down and be aggressive on defense.

That Andy Heim defense will need to be at its best to contain the NE8’s most lethal offensive duo. Juniors Kennedy Fuelling and Makenzie Fuess. Fuelling, who is approaching 1,000 career points, leads the conference in scoring averaging 22.9 points per game. She is a fantastic player that needs no introduction. As for Fuess, she is pretty good as well averaging 17.2 points per game.

This should be a fun atmosphere in Decatur.

This is it! The game of the week for the NE8, and I will try to not give away too much of my insight on this game because a preview will be posted on my ANEC blog before the big game. Over the years, Columbia City has been seen as a basketball juggernaut whether it is boys or girls’ basketball.

Over the last three seasons, we have seen the Lady Eagles win some NE8 hardware. But the last time Columbia City won an outright conference championship, you have to go all the way back to the 1995-96 season, where they won about 25 games, and lost twice the entire season.

Over the years, whether it is now as a conference rival or in the years prior as a NCC school, Huntington North has been a nemesis to Columbia City in many ways. Last season, Huntington North was the only NE8 school to beat the Eagles 54-43 at Huntington. Now with this game shifting to Colombia City, there is no doubt the Vikings are the Eagles’ current threat.

We will see the best of the best square off: Taylor Double, Kyndra Sheets, Molly Baker, Addison Baxter, Marissa Trout, Grace Fields, etc. Keep in mind that we will see two teams that play two entirely different styles of basketball, and that’s what will make this game so exciting.

It may come down to the final seconds of that game! Could we see another game of Tessa Tonkel magic?