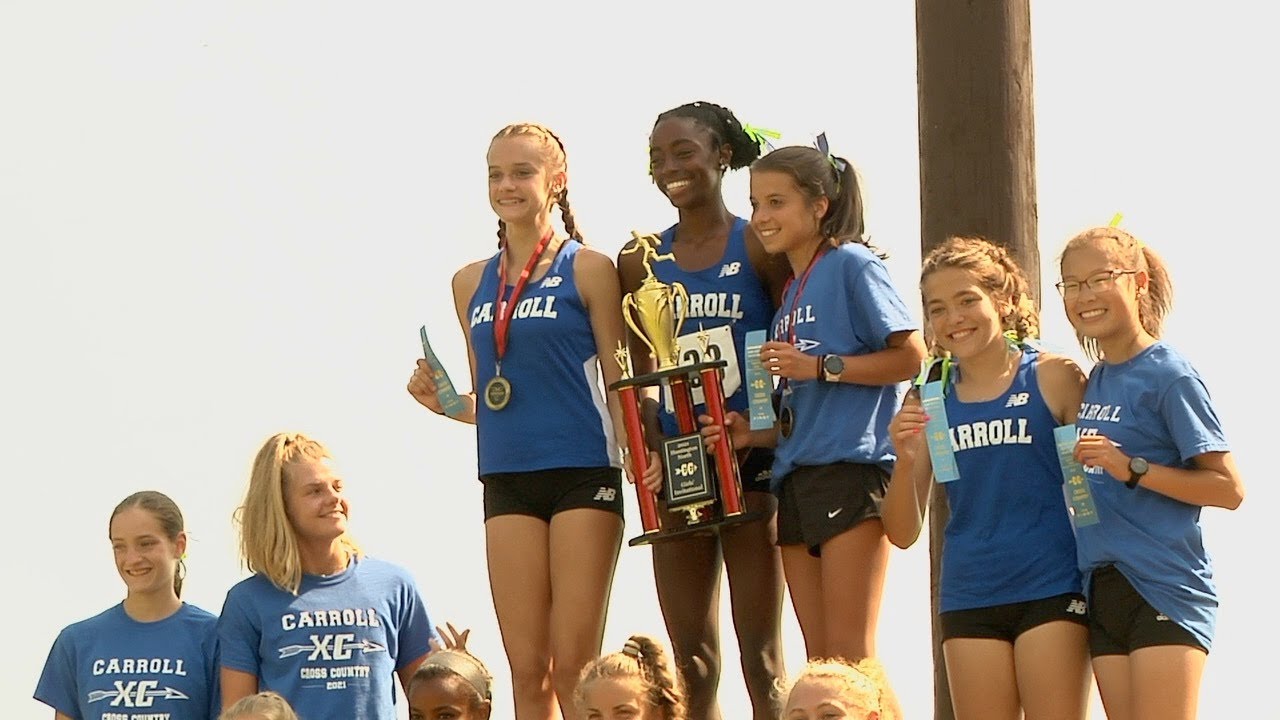 Homestead’s Addison Knoblauch won the girls’ varsity race. She pulled away from Huntington North’s Addy Wiley and finished with a time of 18:56.9, about eight seconds ahead of Wiley.