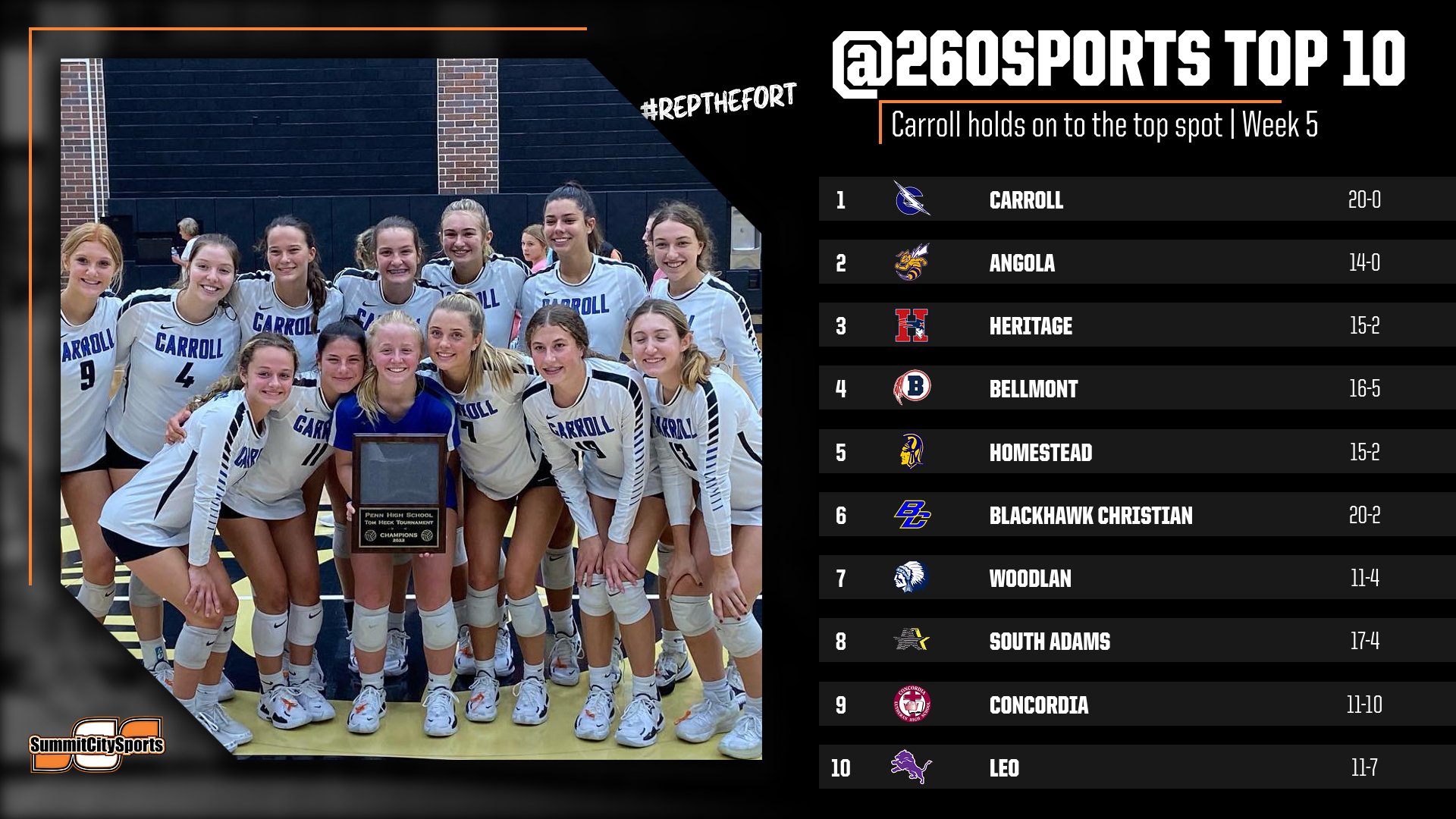 Took down their rivals Bellmont in straight sets over the weekend plus a big win over Northwood as well.  Big matchup this week with Homestead at home.  Looming matches with Garrett, Busco, and Carroll.

They beat a good South Adams team last week but have a tough schedule remaining.  Woodlan this week and Dwenger should get them battle-tested for the home stretch.

The toughest schedule continues!  A loss to Angola and a win over Northwood keep them at #4.  They play Leo Thursday then they will have some easy wins on the schedule.  Some rest will help this team recharge before Sectionals.

A good win over Covington keeps them at #5.  They play Angola this week then will finish up Carroll and Woodlan.

They beat Concordia for the 1st time in school history on Thursday in a thriller.  Also had good wins over Woodlan and Pioneer before they got beat by an improving Leo team.  They play Carroll and Dwenger in the coming weeks.

Tough week for the Warriors.  Loses to Blackhawk, Pioneer and Angola have them reeling a bit.  They play some of the area’s best down the stretch.  Heritage, South Adams, and Homestead in the final 2 weeks.

Another good week for the Starfires! I will not dock them for a loss to #3 Heritage.  They’ve got matchups with Woodlan and their rivals Adams Central to end the season.  I like this team to make a deep run in the postseason.

They went 3-2 this week losing to 2 very good teams in Blackhawk and Valpo.  This team is improving every week!  Starting to get production from others not named Loyer.  I wouldn’t want to draw them in the sectionals.  Their just dangerous enough to spoil someone’s party!

Five wins this week have them heading in the right direction.  Blackhawk being one of their victims.  9 matchups in the final 2 weeks will be tough, especially having Bellmont and Carroll still to play.  Another possible sleeper in a tough sectional.