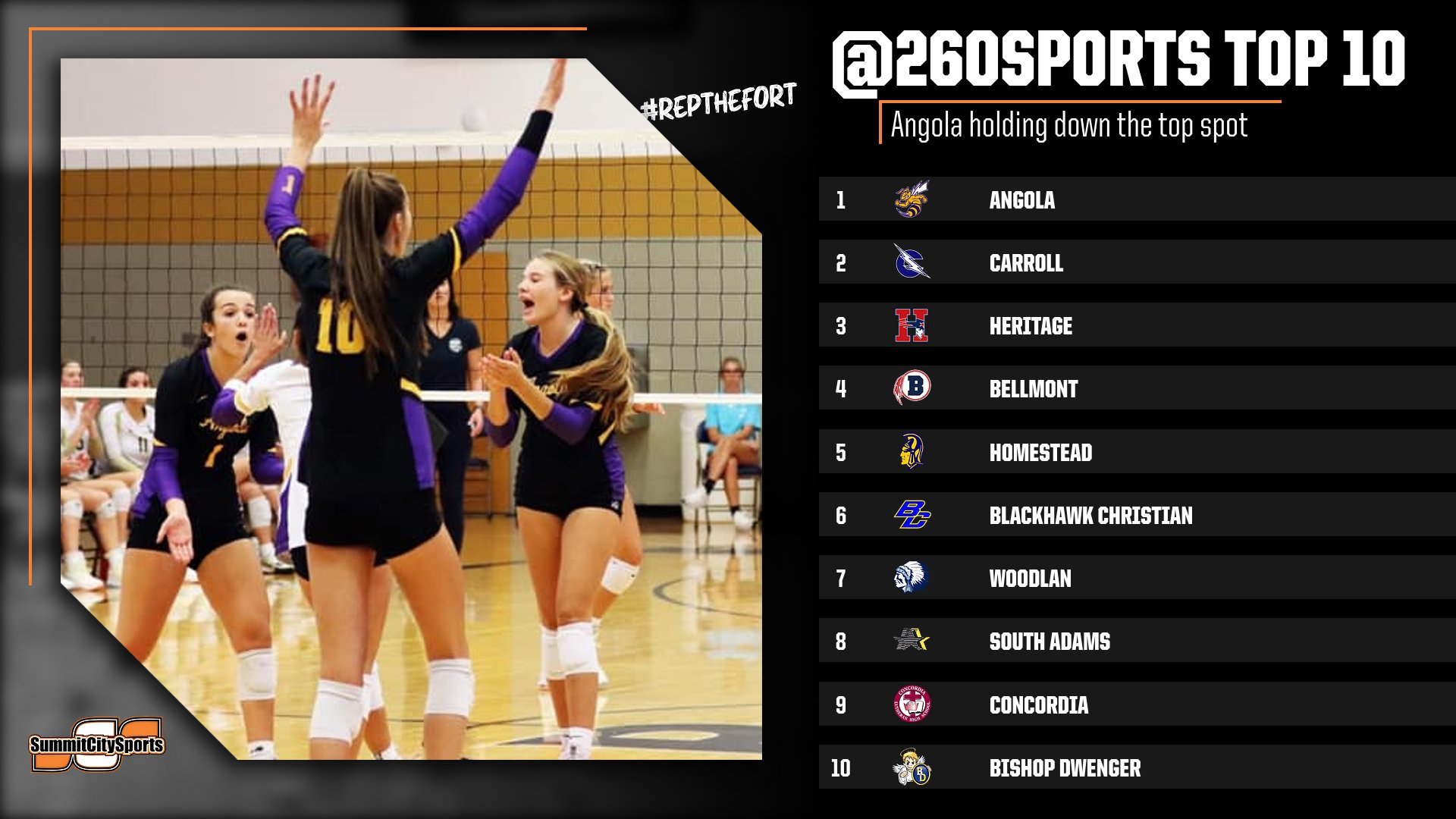 I’ll say no more!  Tough test this week with CLHS.  Next week they play Bellmont, Woodlan, and Northwood.  The toughest part of their schedule has yet to come.

There is an argument that they should be #1 but the meat of their schedule starts this week.  Bellmont and Dwenger this week for the Chargers.

The biggest mover of the week.  After coming off losses to CLHS and Carroll they put together a dominant win on the road against Bellmont.  Always a tough place for anyone to play at.  They play Leo this week.

Nobody has played more tough matchups than the Braves.  They play Carroll and Homestead this week before matches against Angola and Northwood next Saturday at home.

Big win last week over Dwenger last week keeps them at 5.  This Tuesday they go on the road and play Bellmont before a match-up with Angola next week.  Maybe the most improved team in the area!

They took Bellmont to the wire before losing in 5 sets.  Wins over Woodlan and Garrett last week helped them move up 2 spots.  Their schedule gets tough down the stretch!

Their lone loss is to Blackhawk.  They play Leo this week before they play Angola and AC next week.  This team is trending in the right direction!

Tough loss to Parkway last week.  They play Southern Wells this week.  Heritage and Woodlan will be big tests down the road for the Starfires.

Look who’s back!  They beat Leo last week and took out #3 Heritage two weeks ago.  A win over #1 Angola this week could move them up the polls. They play Blackhawk, Carroll, and Yorktown in the coming weeks.

Man they’ve had a tough early season schedule!  They lost to Homestead last week in a thriller.  Every set was tight!  They play Norwell and Carroll this week then the schedule will get a bit easier for them to find their grove.