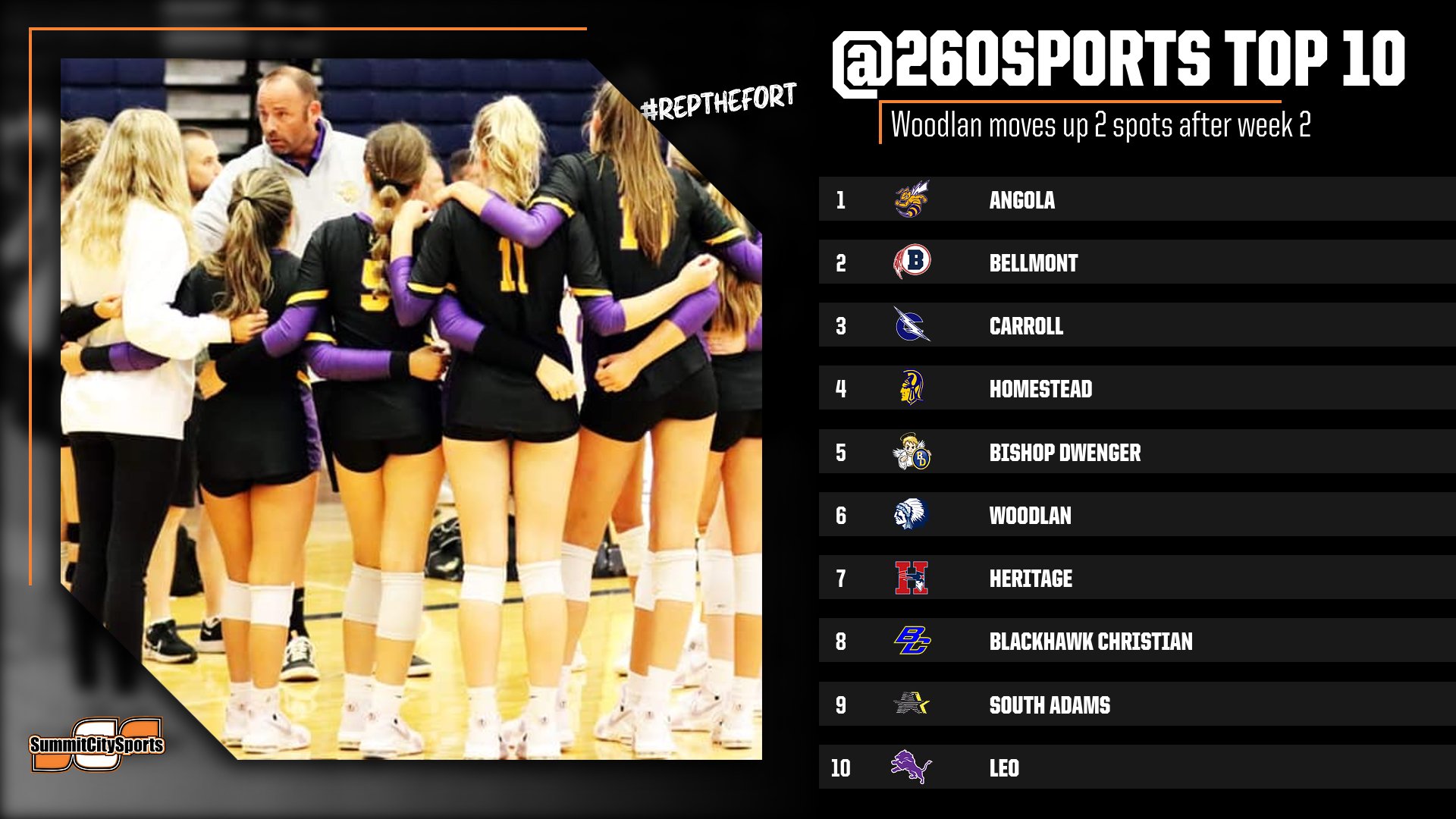 Will stay there until someone proves me wrong!  Looming matches with CLHS, Bellmont, Westfield, and Woodlan in the coming weeks.  Can anyone slow down this freight train?  Good luck!

They’ve played the toughest schedule thus far, and they’re starting to get some help from some new faces.  Which means this team is very balanced.  Matches this week against Blackhawk Christian and Woodlan will only help their strength of schedule.

Off to a great start.  Their front row is deep with athletes everywhere!  Their schedule light the next two weeks then it’s on!  Their final 12 matches are the toughest in the area.

They continue to grow and get better.  After they play Snider they play Dwenger and Bellmont.  Big tests for a young squad!

Besides Bellmont, they’ve got the next toughest schedule.  They’ve got a match-up with Homestead this week and Carroll next week.  Their rotation looked good against Leo this week.

Our biggest mover of the week.  They’re up two spots.  Their passing is getting better and their TALL!  A host of 6’1” young ladies roam the front row.  Their schedule gets tougher this week.  A match with Blackhawk on Tuesday will show us if they are for real.  Matches with Angola and Leo are looming.  Stay tuned!

They dropped 2 matches last week.  One to Carroll and the other to an improving Concordia team.  Big one this Tuesday against their rivals Bellmont.

Two big matches this week.  Bellmont on Monday and Tuesday against Woodlan.  Win both of those and the Braves might land in our Top 5!

They dropped their matches this week to #2 Bellmont and a good Celina team from Ohio.  Playing top notch teams like will help them down the road.  Another test this week when they play Parkway from Ohio.

The rollie coaster continues for Leo!  Tough early season schedule is getting them battle-tested for the next couple of weeks. They play Concordia this Wednesday then they’ve got Woodlan, Heritage, and Blackhawk the following two weeks.

* We are still watching you Concordia!