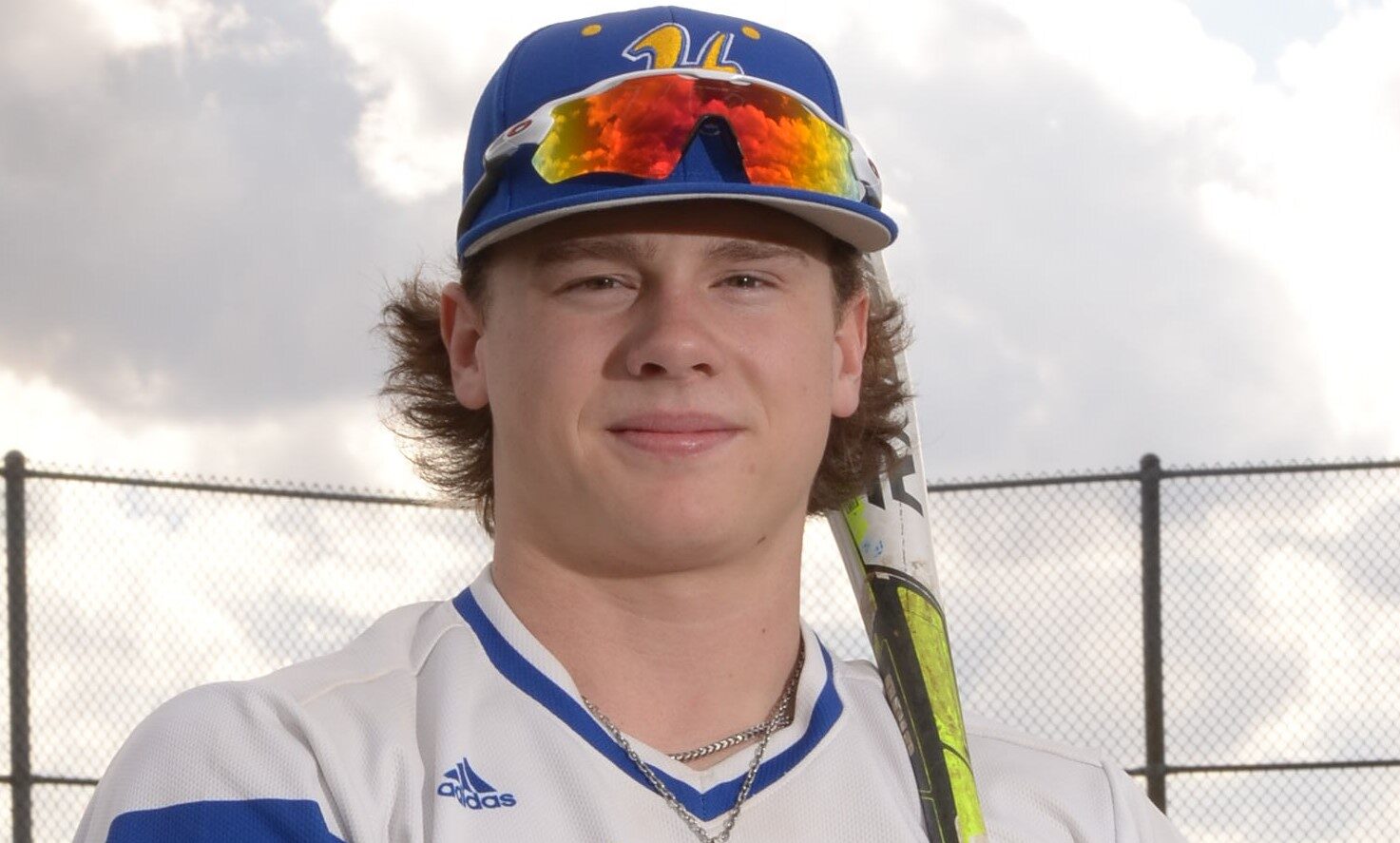 Carter Mathison Recognized as Crumback/NEIBA Player of the Year Winner

Carter Mathison Recognized as Crumback/NEIBA Player of the Year Winner

On June 25th, it was announced that Homestead outfielder/pitcher Carter Mathison had been named the Dick Crumback/Northeast Indiana Baseball Association High School Player of the year. Tonight, he was recognized publicly at Parkview Field just before a Fort Wayne TinCaps’ home game against the Lake County Captains.

“It was very cool. I’m very honored to win the award, you know, just knowing a lot of hard work is starting to pay off,” Mathison said.

As part of the celebration, Mathison got to throw the ceremonial first pitch before the TinCaps took the field. Throwing a first pitch was a new experience for Mathison, but he did not seem to be too overwhelmed by it.

“It was definitely my first time throwing a first pitch, I’ve never done that before,” Mathison said. “But it’s just throwing a baseball, I’m used to it.”

“[It took] a lot of hard work in the offseason, just being able to trust myself,” Mathison said. “When I’m in the [batter’s] box, all I’m focusing on is hitting the ball hard and then knowing my whole lineup is going to help me score [and] get on for me to bring them in. It helped a lot.”

His lineup included several other great hitters. Kaleb Kolpien had the Spartans’ top batting average at .589 and drove in 52 runs. Luke Palmer, Jayden Lepper, Graham Kollen, Micah Long, and Brennen Weigert each hit over .300 on the season. That collective success proved to benefit Mathison and his team.

“It made it hard for other teams to pitch around me,” Mathison said. “I know a lot of teams did like to do that, but you know, with Kaleb behind me, you put me on he’s going to knock me in and it just goes [on]. Hitting’s contagious, and it was very contagious with our team.”

Homestead put together a great season as a team as well. Despite losing to Fishers in the first round of Regionals, the Spartans went 26-7 on the season. They lost the sectional title game in 2018 and 2019. But this year, they bounced back from that. The Spartans were champions of the Huntington North Sectional, where they beat Columbia City in the championship game.

As a result of Mathison winning the Crumback Player of the Year award, Homestead’s baseball program receives a donation of $1,000. The money is donated from the Fort Wayne Baseball Federation and the family of Dick Crumback, who the award is named after. Mathison is proud that his high school baseball team gets to benefit financially as a result of the award.

“I’m very proud giving back to [Homestead],” Mathison said. “They’ve done a lot for me, so whatever I can do to help them out, it’s a good thing.”