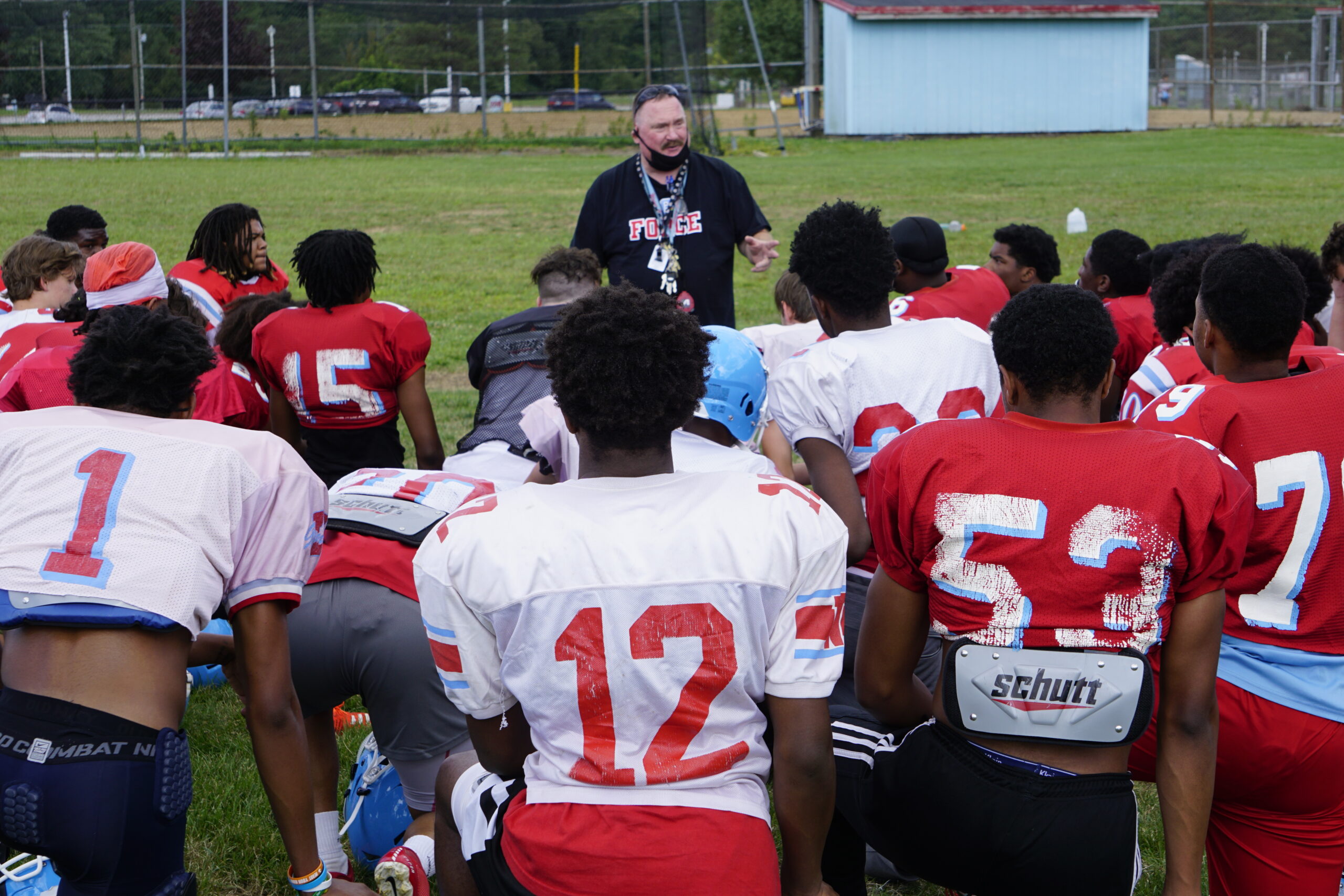 2020 Wayne Football Preview: Can the Generals Bounce Back Under a New Head Coach?

2020 Wayne Football Preview: Can the Generals Bounce Back Under a New Head Coach?

There’s no way to sugarcoat it: Wayne was awful last year. Going 0-10 with a talented roster, including returning halfback Keshaun Fields, made 2019 a painful year for the Generals, one year removed from finishing 9-3 with wins over Carroll and Snider while nearly knocking Dwenger out of sectionals. Wayne was competitive in a couple of their games last season, most notably a 20-12 loss at Carroll, but that shouldn’t take away from the fact that it will be challenging for new head coach Sherwood Haydock to bring Wayne all the way back.

“There’s a reason we lost 10 games last year,” Haydock said. “We got a long way to go, but we do have a lot of talent and a lot of speed, so the cupboard’s not bare, we got something to work with.”

Haydock spent nine seasons at Harding, making two state title games and winning one. After leaving Harding, Haydock went to Woodlan and took the Warriors to a state title game. Now, Haydock returns to the SAC with the Generals, and as he said, they have talent that they can work with.

One player that showed a lot of potential last year is junior Aidan Meek. As a sophomore, he completed 83 of his 173 passes for 1,140 yds and 7 TD, though he also threw for 10 INT. Still, Wayne has a very good, experienced option at QB and a player that Haydock thinks could blossom into a star as an upperclassman.

“He’s been fine,” Haydock said of Meek. “The reason I like his experience is that I know he’s not going to have pregame jitters. He’s had to learn a new offense. He’s going to be great though. I’m glad I have him for two years because, within two years he’s going to be outstanding.”

Wayne also returns experience at running back, with Shawn Collins getting a surprising amount of carries even with RB Keshaun Fields (723 yds, 4.9 yds/car, 8 TD) in his senior year. Collins had 72 carries for 490 yds and 5 TD, averaging well over 6 yards a carry. Haydock called Collins a top 2 or 3 player that he’s ever coached and one of the fastest players he’s ever seen. Collins, a junior this year, feels that he’s continued to learn and grow as a football player.

“I’ve grown tremendously from last season,” Collins said. “Going from a sophomore starting on varsity and coming back to start on varsity I’ve improved tremendously, being 15 years old and not knowing anything about varsity football to knowing a lot now.”

“I learned a lot from Keshaun, he was a great leader. Coming in I wasn’t supposed to start varsity, but Keshaun talked me through starting varsity and playing in the backfield.”

Wayne will also return a great senior tandem at wide receiver. Cam Toles led the team with 26 receptions for 301 yards and 2 touchdowns, while Christian Flannigan, who only had receptions for 48 yds, should be targeted a lot more this year due to his imposing 6’4” frame. Expect these two to put up some great numbers this year.

On the other side of the ball, Ebon Person is one player to watch. Person was able to find some playing time last year, primarily as a defensive back. He made 24 tackles, 1 TFL, and had two pass breakups to go along with an interception, a solid statline for a young defensive player. This year, Person should see a considerable amount of playing time at defensive end as well, possibly even playing there full-time. Though he is a bit undersized to play the position, his athleticism and quickness off the line will aid him well going up against slower lineman, meaning any weight disparity between him and the opposing line may not matter.

Another player the Generals are excited about is Arthur Mhoon. He returns for his junior year, now at linebacker, coming off a 50 tackle campaign as a safety a season ago. Christopher Hannah also returns in the front 7, after having 25 tackles, 2.5 TFL, 1.5 sacks, along with causing and recovering a fumble. Both will be heavily relied upon this year to make plays on defense, after Keshaun Fields (68 tackles, 4.5 TFL, 2.5 sacks) was dominant on that side of the ball as well.

“We’re still working on things, but we’re going to get there,” Mhoon said, talking about what he’s seen from his defense so far. “It’s going to be a hard challenge, but we should pull through.”

In the secondary, losing Myheir Baker (13 tackles, 2 INT, 1 PD) will be tough, both for his play on the field and his experience as a defensive back. CB Tizelle Thomas will likely be the one to fill in his production. Though he didn’t see the field that often last season, Thomas has a lot of upside as a small, but speedy corner.

This Wayne team is young in a lot of areas. Outside of wide receiver, there’s a shortage of seniors on many positions on this team. They’ll need to grow and mature as the season goes along, meaning they’ll make mistakes every once in a while. While there is optimism that Wayne can have a comeback season this year, the reality is that this will be a process, and it starts with staying competitive against Dwenger in week 1.

“I think they should be favored to win big against us,” Haydock said, knowing that his team still has a ways to go. “It’s a shame we have to open up with them, but we’ll get them out of the way while we’re still learning and we’ll improve each week. I don’t know that we have the manpower to beat them, but we’ll give them fits.”

Wayne’s opening game at Bishop Dwenger is scheduled to be on August 21.

Archers Aim for Improvement with Experienced Defense, Quarterback, and Running Back
2020 South Side Football Preview: Can the Archers Improve Their Win Total?