2020 South Side Football Preview: Can the Archers Improve Their Win Total? 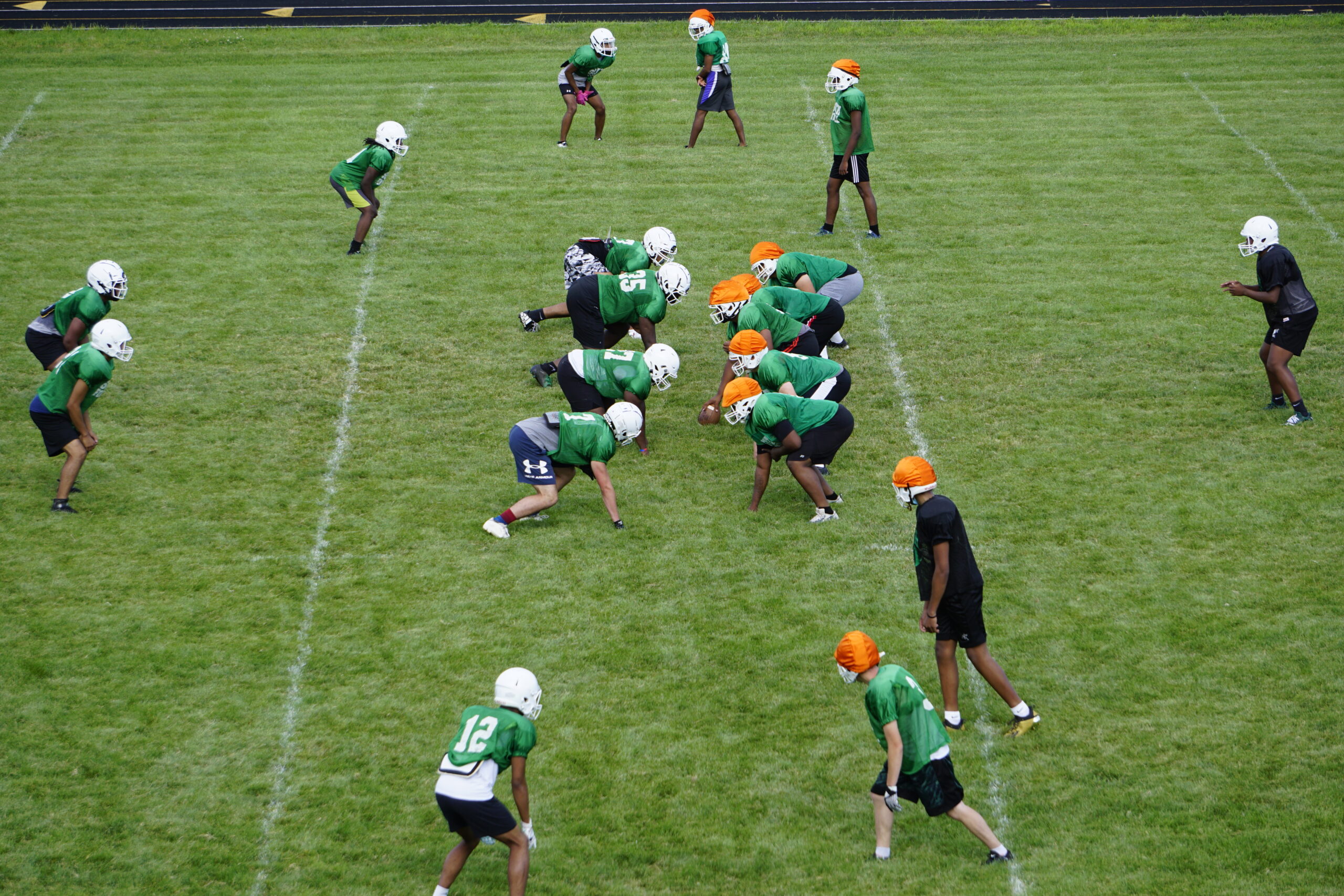 Oct. 2 at North Side

Winning for the Archers hasn’t come easy. Under head coach Roosevelt Norfleet, South Side has gone 8-54, including 2-28 over the last three years. The Archers have often struggled to score points, while also giving up far too many on defense. While the Archers do have a lot of areas in which they need to improve, DE Maxwell Burney believes that great play in games starts with great execution in practice.

Burney is a part of a stellar defensive line for the Archers. He came up with 53 tackles, 8 tackles for a loss, 3 sacks, and a fumble recovery last season. Burney is joined by another great defensive lineman, Jaylen Lattimore, who believes that experience will aid the Archers this year.

“I think we’re coming along really well,” Lattimore said. “Most of our team is coming back, we have a lot of experience on offense and defense. I feel like there’s always room to improve, but we’re just going by the game plan and executing.”

Lattimore had 45 tackles, a ridiculous 10 tackles for loss, with 4 sacks, and a caused fumble. Then there’s Trevor Hapner who had 35 tackles, 2 for a loss, a sack, an interception, and 2 fumble recoveries. These three make South Side’s defensive line pretty scary and could be the strongest position group on this team in 2020.

The only reason why it might not be is because of South Side’s very talented DBs. Davont’e Williams leads the secondary, finishing last year with 40 tackles, 2 TFL, an interception, and a fumble recovery. CB Javonte Malone also had 26 tackles, 2 INT, and caused and recovered a fumble. CB Torry Jones and DB Matt Morris will also be players to watch on defense.

“We’re really solid,” Jaylen Lattimore said of the defense. “Our secondary is loaded, our defensive line is coming back strong, so our defense is going to look really nice. We have a lot of chemistry and a lot of our guys are coming back so we’re ready to roll.”

While the defense does look really good, it’s important to remember that the Archers gave up an average of 35.5 points a game in 2019. And while a lot of great players return on defense, South Side also lost two very productive players, with LB Manny Knight (39 tackles, 5 TFL, 1 sack) and DE Kyle Caudill (18 tackles, 1 TFL, 3 caused fumbles), both having graduated. Only time will tell if this defense really is legit and can play well as one unit, or if they’ll allow upwards of 30 points in over half their games again. Regardless, Coach Norfleet believes that the defense will be the strength of this team.

Looking at the offensive side of the ball, RB Matt Morris is expected to carry much of the load. Morris ran for 287 yds, averaged 4.9 yds/car, and had a touchdown. Morris will be running with Ashton Johnson (156 yds, 4.0 yds/car) to form a solid duo in the backfield.

“I’ve improved a lot,” Morris said. “I was a decent player last year, but this year I think I became a way better player.”

TE Trevor Hapner figures to be a big fixture in this offense as well. Hapner came up with 16 receptions, 224 yds, and 1 touchdown a season ago, making him one of the leading receivers on the team, even with WR Davonte Alford (13 rec, 226 yds, 3 TD) and Javarious Jones (15 rec, 164 yds, 1 TD) both having good senior seasons at wideout. Hapner should see even more passes thrown his way this year, now by junior quarterback Roosevelt Norfleet III. Norfleet was part of a revolving door of QB’s last year, but looks to secure the starting job this season.

“He’s improved a lot,” Coach Norfleet said. “He’s been working hard, he’s been waiting his turn, all last year he was trying to get into the mix. Then at the end of the season he ended up starting, I’m looking for him to improve upon that this year.”

South Side football has had it’s struggles over the years but it’s important the Archers take another step forward this year. That means improving in the win column, from a 1-9 season a year ago. Their first game will be a challenge, as they prepare to host Concordia on August 21, but the Archers won’t back down. Perhaps their star DB Davont’e Williams said it best, in a four-word response when asked about their opening game.

“We expect to compete.”

2020 Wayne Football Preview: Can the Generals Bounce Back Under a New Head Coach?
Carroll Football Charges On After Bounce-Back 2019