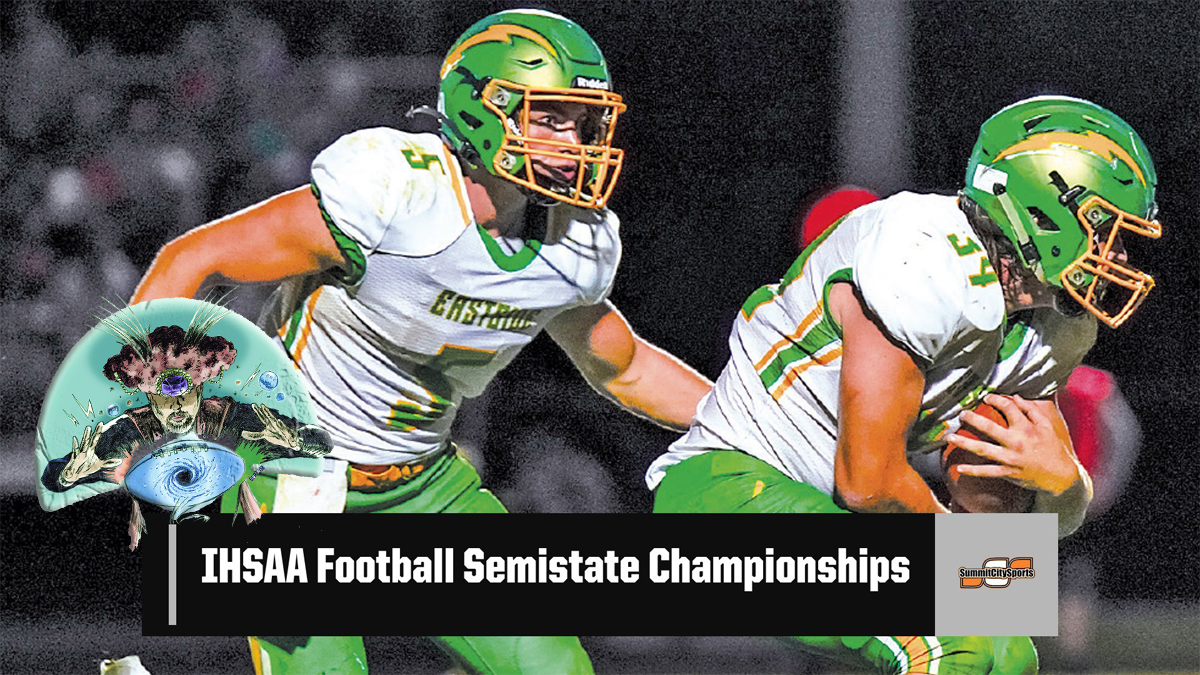 Semistate week is upon us and we don’t have any representatives from either the Summit Athletic Conference nor the Northeast 8. It happens, people; nobody needs to panic. Having Bishop Dwenger and Snider in the same class was assuredly going to nudge at least one of those tradition-rich programs from the conversation. Beyond that, our other big dogs were beaten by one another (Homestead, East Noble, Churubusco and South Adams come to mind), upset (Bishop Luers) by another talented local squad (Eastside), or beaten fair-and-square by a better team (Westfield over Carroll last week). Leo’s 1-point loss to Northridge (the Raiders are still alive in 4A) is the one outlier, but these things happen.

MERRILLVILLE (12-0) at WESTFIELD (11-1): Merrillville has Popeye’s, but Westfield has Popeye Williams.
SWAMI SAYS: Westfield by 10
BEN DAVIS (7-5) at CENTER GROVE (12-0): The Trojans are nationally ranked for a reason. CG by three scores.
SWAMI SAYS: Center Grove by 22

ZIONSVILLE (8-5) at MICHIGAN CITY (9-3): If it comes down to a kick, I’m going with a Vinatieri all day long.
SWAMI SAYS: Zionsville by 3
NEW ALBANY (9-3) at CATHEDRAL (12-1): The Irish are the second-best team statewide, regardless of class.
SWAMI SAYS: Cathedral by 31