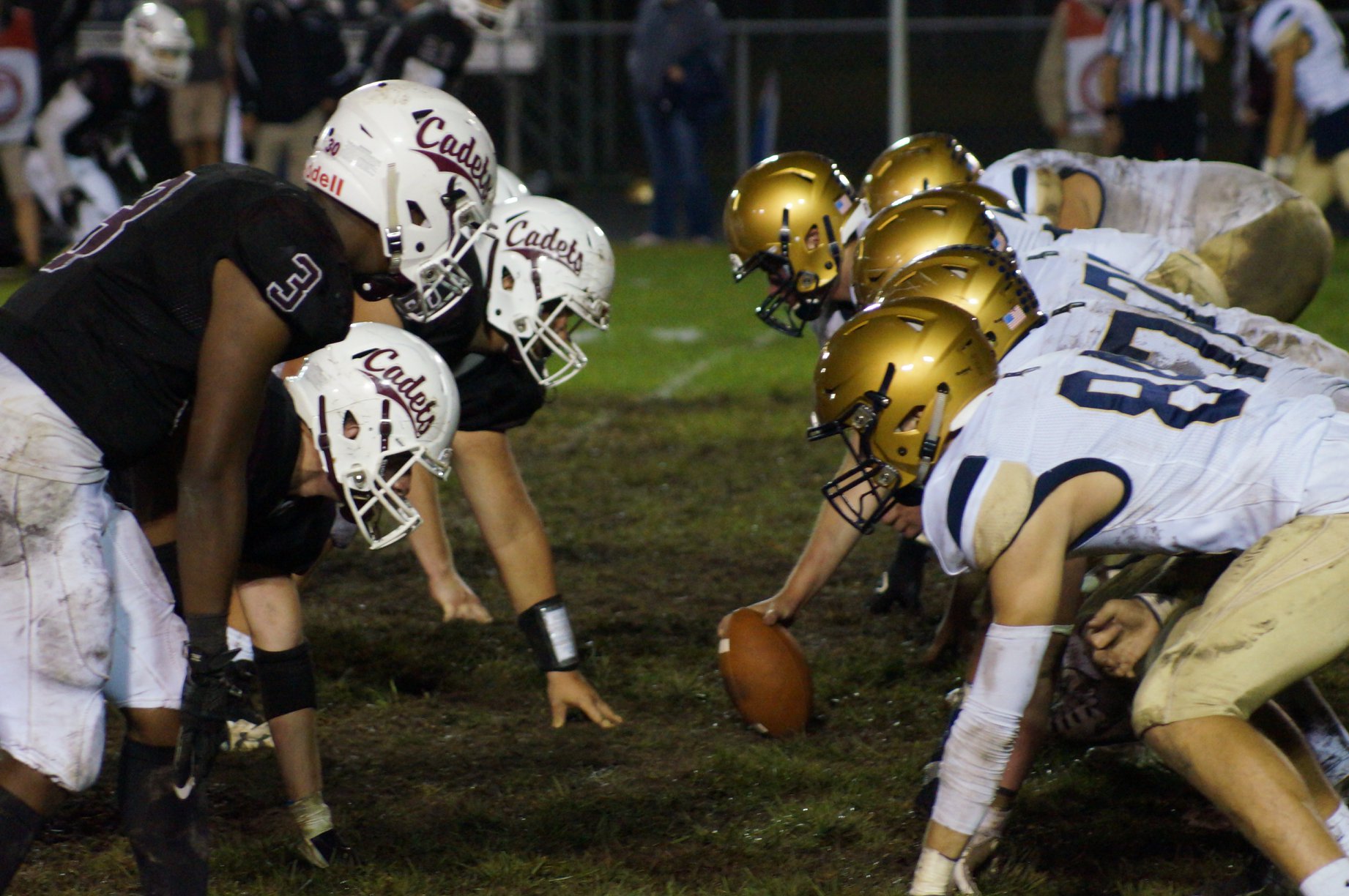 Week 6 SAC Game Predictions: Concordia-Dwenger, Can the Defense lead the Cadets to an Upset Win?

Week 6 SAC Game Predictions: Concordia-Dwenger, Can the Defense lead the Cadets to an Upset Win?

For the first time in a few decades, the annual meeting between these two schools will not be played at Zollner Stadium. Instead, the Saints and Cadets will battle it out at Shields Field, the home of the Saints. Previously, Bishop Dwenger and Concordia had shared Zollner Stadium, where they each played their home games. Though the location now changes, the situation is relatively the same, with the Saints trying to stay in the SAC race, while the Cadets are trying to spoil Dwenger’s season and keep their own hopes alive. Neither defense will allow anything easy in this game. There are only three teams left who have yet to surrender 100 points or more in the SAC, two of them being Concordia and Dwenger. The Cadets have given up 40 total points this year, with 27 coming in a game against Snider in which, as we’ve had to say many times this year, Concordia’s roster was disrupted by Covid-19. They’ve pitched two shutouts this year and have gone 3-0 with their starting quarterback Brandon Davis (419 yds, 47% comp, 6 TD) on the field. But Davis hasn’t just made his position better, he’s helped the rest of the team. The aforementioned Concordia defense has allowed 6 points in the three games with Davis and RB Amir Drew has run wild with a more balanced offense, going for over 100 yards in those contests while averaging 7.9 per carry. Meanwhile for Dwenger, they’ve allowed 95 points total this year. QB Brenden Lytle (929 yds, 63% comp, 11 TD) has been at his best in big games and should be even better if Dwenger can start to run the ball like they did last week against Carroll for 191 yards as a team. Both of these teams have come so close to having perfect records this year, but someone will have to lose Friday night. We’ll choose Dwenger to pull away in the fourth quarter, which would make it four in a row against the Cadets.

If this game would have been played a few weeks ago, North Side might have been the favorite with their explosive offense going up against one that hadn’t been able to get out of its own way. However, once the Spartans’ offense came alive against Bishop Luers, they’ve gone over 30 points each week. Last week, QB Evan Ormsby threw for 300 yards and 5 TD while completing 70% of his passes, his best game of the season. Right now, Homestead is riding momentum from their triple overtime win over Dwenger, but they face a team in a much different position. While QB Duce Taylor has been terrific, throwing for 1,615 yards and 20 TD and RB Jasuan Lambert has gone over 100 yards in each of his last three games, something just feels like it’s been missing for the Legends. The fire that this team had lignited after their win over Snider has burned out and the energy that was there at the start of the year has been absent over the last few games. If they can find a way to get up for this game and stay in it, they might have a shot. The Legends should be able to move the ball at times, but this Homestead defense should be able to shut them down when it matters late. They’ve been terrific, not allowing more than 14 points in regulation with their starters on the field this year.

Luers might be the most interesting team to watch this week. Coming off a signature win over North Side, the Knights are trying to show that they are an improved team from a year ago as they try to win back-to-back games for the first time since 2018. In the last game between these two, Northrop squeaked out a one point victory. In this year’s edition, points shouldn’t be hard to come by. Both of these defenses have struggled to contain opposing offenses, even in wins. In these types of games, it’s always important to have a quarterback you can trust. Luers has that with junior Carson Clark, fresh off his best start of the season with 339 yards and 4 TD. With Northrop still struggling to fill that hole in their own offense, they’re at a disadvantage in this game, even with Damarius Cowen averaging 161.8 yards a game at tailback. If Clark plays like last week, and we think he will, the Knights should come away with the win.

Don’t sleep on South Side in 2020. They’ve found a formula for moving the football with RB Matt Morris, who had 92 yards last week on 14 carries. Unfortunately the Archers have to travel to Carroll this week. QB Jeff Becker has been a nightmare for most defenses to prepare for, with 1,557 yards and 18 TD, and WR Mason Englert has ripped apart defenses in the vertical passing game for 35 receptions, 835 yards, and 11 touchdowns. Barring a huge wave of starters not being able to play in this game, the Chargers should win big.

Though things haven’t been pretty for the Panthers, they’ve still managed to avoid a total collapse this year. While this talented, but young roster hasn’t quite gelled yet, this could be the game where that happens. The strength of this team, their defense, will likely sell out for the run, which has been a major part of the Generals offense. Wayne has rushed for 1,316 yards collectively, however, if Snider can stop it, which they’ve done in large part this season, they’ll be able to hold this offense in check. QB Luke Haupert has yet to throw for over 100 yards in a game, but this feels like the week where he breaks that trend. If so, Snider will escape Wayne with another significant win.