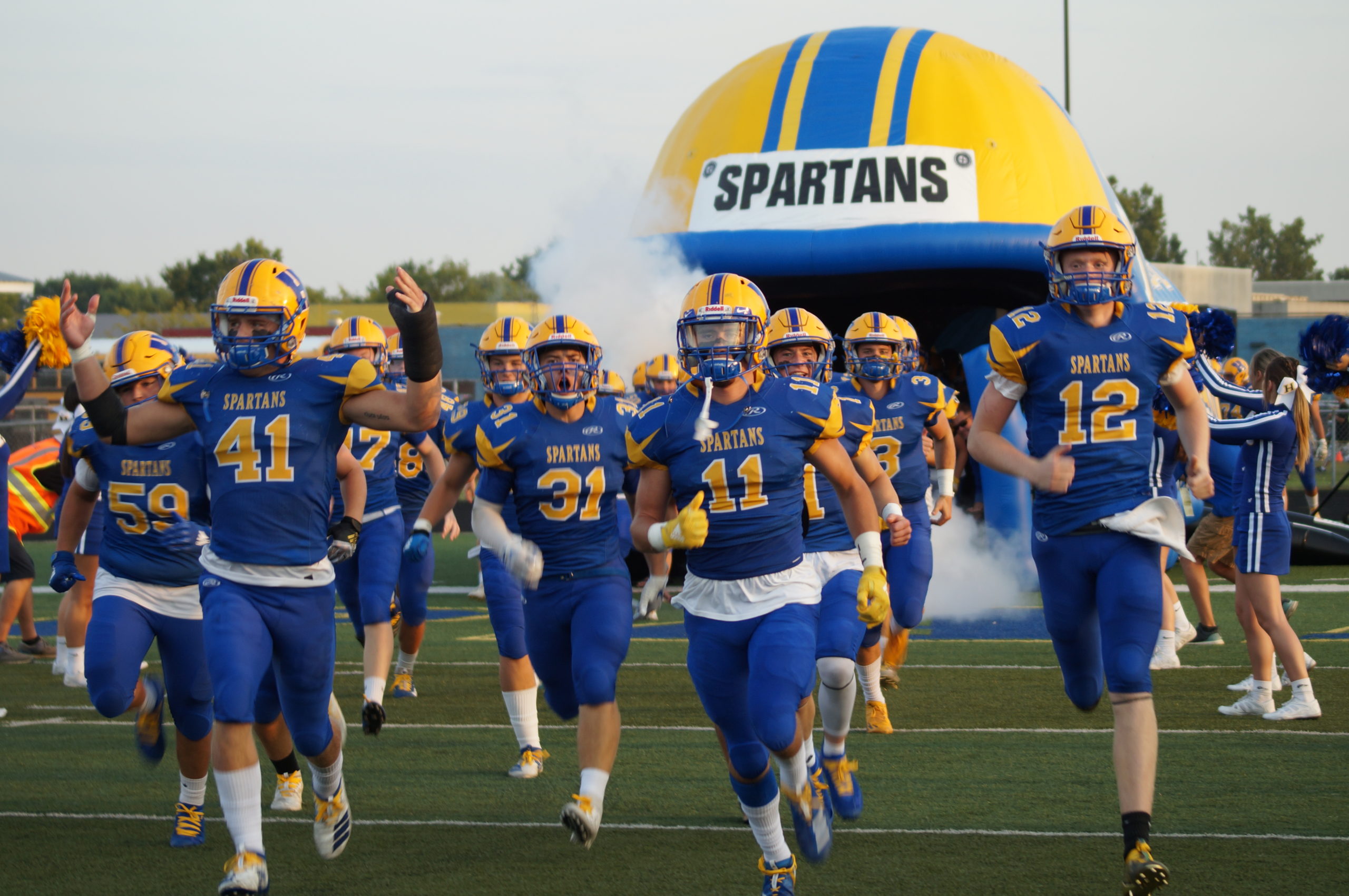 The last of the unbeatens met for the top spot in the SAC. Two SAC giants, Snider and Homestead, were ready for the battle ahead, fully aware of the stakes. Homestead has struggled to beat Snider since joining the SAC a few years ago, going 0-4 against the Panthers with a few close calls. It appeared as though Snider was just too big a hill for the Spartans to climb.

But this all changed in a hurry.

The Panthers, a team that has overwhelmed its competition with an explosive offense and tenacious defense, were suddenly the ones being overwhelmed.

Homestead scored a touchdown on every drive except the last two, one during garbage time when the game had already been decided and the other when Homestead took a knee. That’s 7 of 9 drives that they scored a touchdown (or 7 of 7 if you’d like to take out the final two drives). QB Luke Goode’s (366 yds, 4 TD, 0 INT) performances continue to add up, as do RB Braeden Hardwick’s (165 yds, 6.6 yds/car, 2 TD). After last week when the Spartans’ defense kept Homestead in the game, the offense returned the favor putting up 49 points. Even though the defense wasn’t as dominant it still did its job of not allowing Snider back into the game. Head coach Chad Zolman commented on his offense after the game.

“Just an outstanding effort on their part. The run game was there, the pass game was there, Luke was tremendous, our receivers caught a lot of tough balls, we converted on key downs. I just can’t say enough about them. Tonight they carried us. We knew this group would be good. We know that we got some kids that can play football. I feel very privileged to be around this group and know how they work and prep, and it pays off.”

Snider’s own offense was able to put up points at certain times during the game. They have now scored the most points, by far, on the Spartan defense this year. Jon Barnes Jr had 158 yds and 3 TDs off of an 11-of-18 day passing, as well as 131 yds on the ground! RB Lenny Bennett had 87 yds, averaging 8.7 a carry. The production was there, but it just couldn’t keep up with the Homestead’s offense.

Homestead WR Griffin Little had a great game (10 rec, 152 yds, 2 TD) and knows that Homestead has to get refocused for next week.

“Our motto this year has been focus on every game at a time and we’re going to focus on going 1-0 next week, not taking any opponent likely, so we can come out at the end of the season and ring that bell.”

It was refreshing to see a close, low scoring affair in one of these big SAC games. It also had some drama at the end with Carroll failing to score on a drive where they had first-and-goal, after a stop by the Dwenger defense and a blocked field goal. This led to a go-ahead touchdown and, eventually, a big win for the Saints. There wasn’t much offense, so instead, we’ll show you stats for the defenses. Each forced an interception and Dwenger held Carroll’s offense to under 200 yds in this game. Of course, the main stat is that Dwenger and Carroll only scored a combined 13 points this game. This game was the lowest scoring of the year and the least amount of points it has taken a team to win a game in the SAC. Just goes to show you don’t see 10-3 games as often anymore.

The Bruins are now 3-2 with this win and continue to have a solid year. This time it was QB Dylan Hoot leading them to victory with his 158 yds and 2 TD through the air. The opposing QB, Brandon Davis, had 206 yds and 3 TD himself. Each quarterback turned the ball over twice, but it ended up being Davis who had to pay for his mistakes with the loss. Overtime games can always go either way, but Northrop ended up coming out on top with a thrilling victory, after their game-winning TD.

Bishop Luers at North Side

North Side moves on with a win over Luers. RB Alex Holliday-Robinson torched the Knights for the second straight year, with 151 yds, 2 TD, and averaged 7.6 yd on his carries. Luers was down 19-0 at the half, but came back with two touchdowns and the defense kept the Legends from scoring the rest of the game. Still, it wasn’t enough to overcome the deficit and the Legends are now 2-3, while the Knights fall to a record of 1-4.

South Side at Wayne

To cap off an already crazy week of high school football was South Side winning their first game in over a year! And they did it in a shootout with Wayne, nearly outscoring Homestead on Friday. QB Demere Clark was 11 of 16 on his passes for 191 yds and 4 TD. The Archer defense forced 3 turnovers and held opposing running back Keshaun Fields to 62 yds on the ground. This win cannot be understated for South Side, who has come close to winning a few other games this year, as they will gain a lot of confidence from this victory.