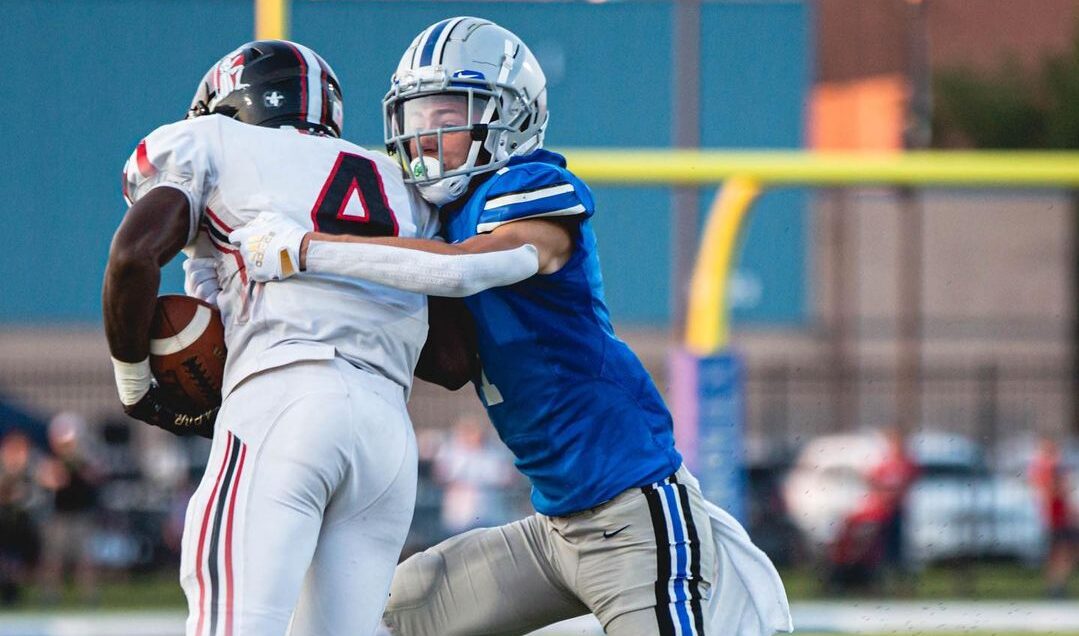 Snider didn’t get an easy opener this year. They were in a 48-minute dogfight with North Side that came down to one of the clutchest kicks you will ever see: a 47 yard game winner by Nick Talamantes that would send the Panthers home happy. While the game may have been a little close for comfort, Snider played to the old adage of “good teams find a way to win”. QB Luke Haupert was able to pick apart the defense very efficiently, going 16 for 19 on pass attempts for 131 yards and a score. It helped that Tyrese Brown ran wild for 291 yards and 3 touchdowns. Things won’t get any easier with Carroll coming to Spuller Stadium next week, however this team stays atop the SAC for now.

Week 2: vs North Side

It should come as no surprise that Dwenger’s win over Wayne was a total team effort. The Saints came up with a safety, blocked a punt, and was as dominant as ever on the ground with 5 rushing touchdowns. The 43-27 final score made this game look much closer than it really was. Dwenger continues to win on offense, defense, and special teams, which is why they are always ranked near the top in our power rankings and should stay there the rest of the year.

Two long touchdowns away from coming up with a shutout, Homestead managed to start out this year with a satisfying win over Northrop. The Spartan defense came up with 2 turnovers and played the run exceptionally well. The offense, led by first-year starter Peyton Slaven, looked solid as he and his receivers accounted for 139 yards of offense and 2 touchdowns. The Spartans will need to take another step forward next week against Concordia as they look to prepare for a crucial five week stretch of games that includes Luers, Dwenger, Snider, North Side, and Carroll.

Luers picked up right where they left off with a 38-31 victory over Carroll. After the Chargers took the opening kickoff back for a touchdown, Carson Clark rallied the troops and played toe to toe with Carroll until they were able to take advantage of some mistakes and hang on to the lead the rest of the way. Clark was incredible, throwing for 346 yards and 4 touchdowns. While their passing attack was overwhelming, Sir Hale made sure to keep the defense guessing as he turned in a 156 yard, 1 touchdown performance on 26 carries. We knew this offense would be potent, but now seeing it on display against one of the big boys of the conference, it has become clear that the Knights aren’t going to be fun for other teams to deal with. They’ll look to keep rolling at home vs Wayne.

On the other side of the game mentioned above, Carroll simply made too many fundamental errors. Mistakes were plentiful and the Chargers were unable to find their rhythm on offense. QB Jeff Becker didn’t look like himself and committed 3 turnovers in the loss, while going 16 for 29 on pass attempts. Special teams were a problem as well, with numerous roughing the kicker calls and a turnover in which Luers recovered their own kickoff. It’s not a great start, but a win over Snider next week would go a long way in steering this team back in the right direction and putting them back in the hunt for an SAC title.

There may not be a fanbase more excited about their team after Friday than North Side. Sure, losing the way they did stung. They nearly sealed the game with a fumble before Snider was able to jump on the loose football. However, they played on the same level as one of the best teams in the conference and proved that last year wasn’t a fluke. Brashawn Bassett played at a Duce Taylor level, throwing for 202 yards and 2 TD while completing 14 of his 18 passes. Rodney Woods and Brauntae Johnson were a huge part of that, combining for 115 yard and 10 receptions, including a great touchdown catch by Woods to bring the Legends within 1 and take the lead with the ensuing two-point conversion. Jontae Lambert also made his presence felt with 124 yards and a TD on the ground. If you had any doubts about this team’s ability to replicate what they did last year, throw them out the window. North Side is here to stay.

For having to face an elite Dwenger defense in the first week of play, the Generals fared quite well. RB Lamarion Nelson picked up 122 yards and a touchdown, while QB Aidan Meek accounted for 2 touchdowns of his own. While they may not light up the SAC this year, Wayne is making progress under head coach Sherwood Haydock. They’ll try for the upset at Luers next week.

Concordia managed to blow out South Side on Friday night for Mike Eshbach’s first win with the program. QB Eli Mattox threw for 216 yards and 2 touchdowns, contributing to the majority of the Cadets’ 326 yards of total offense. Concordia will need him to play well again next week in order to defeat Homestead on the road.

Week 2: at South Side

Though they came out on the losing end, the Bruins showed flashes in week 1. Both Roosevelt Norfleet III and Keone Bates Jr completed long touchdown passes and the defense came up with a few turnovers. However, the absence of the running game was apparent as Northrop couldn’t do anything on the ground. They have an opportunity to get back to even against South Side.

After a rough first half, the Archers were able to outscore Concordia 14-7 in the second. QB Quincy English Jr had two touchdown runs and a long 65 yard touchdown pass to Jaylen Lattimore, giving South Side 20 points in total. If English can get this offense going again, South Side could come away with a win next week against Northrop.