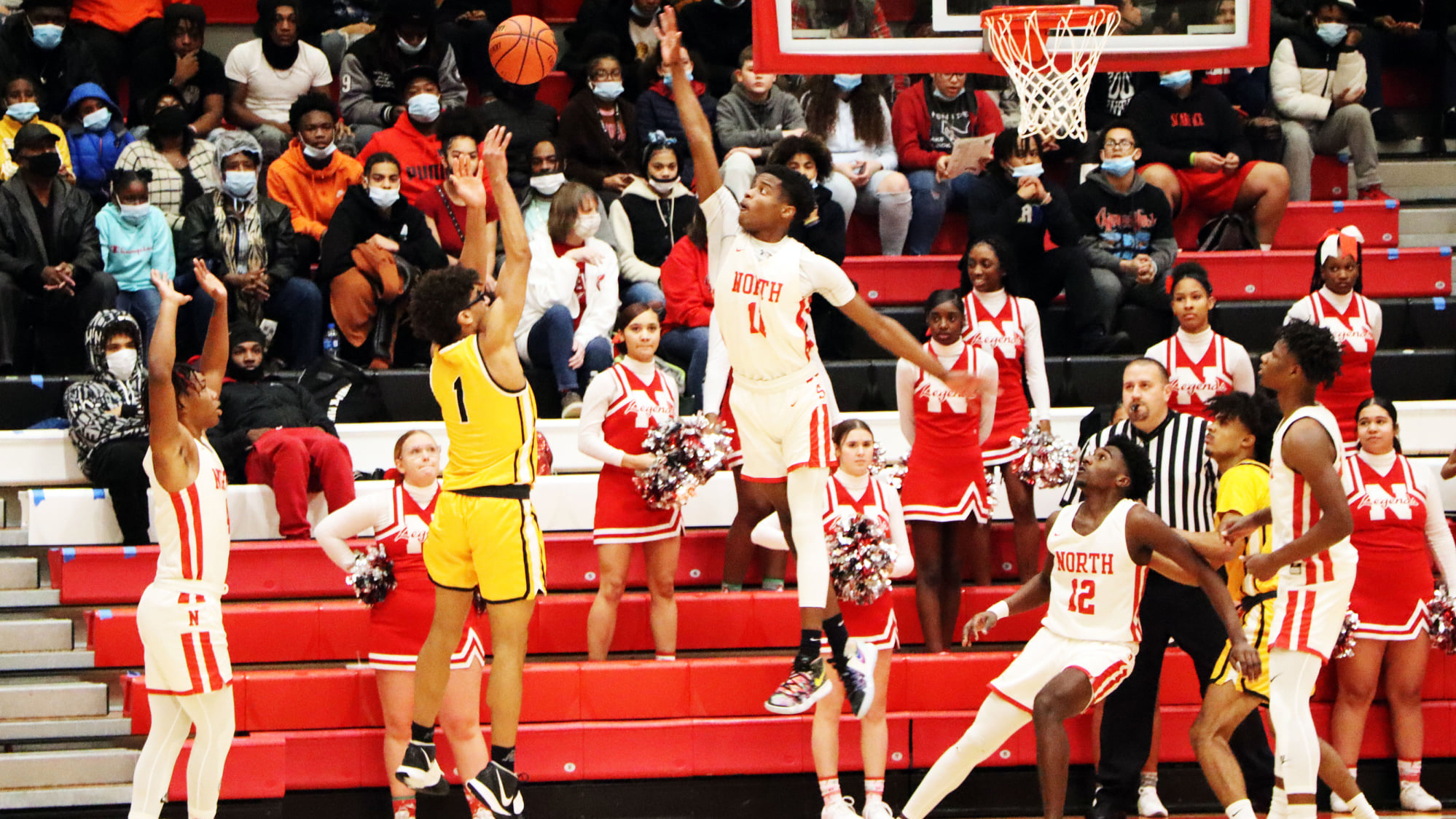 The Legends return many weapons from last season including Bruantae Johnson who averaged 18.8 PPG in 15 games last season achieving a double-double in 6 of those games and even one triple-double when he went for 23 points, 15 rebounds, and 10 assists in a win over Benton Central. Jordan Green is another returning double-digit scorer for the Legends. Brashawn Brassett, Jordan King, and Jontae Lambert are also key returners for the Legends. Bhode Dickerson will also be joining the Legends this season. Overall the Legends may have the most talented group in the Summit this year and certainly will be fun to watch all year long.

For the 2nd straight season Coach Chris Johnson will have to fill the void of a high-scoring guard who has gone off to the Big Ten. This time it’s going to be trying to replace Fletcher Loyer who the team was centered around last year and rightfully so as he averaged 26.9 PPG a year ago. Now as the Spartans are without that production they are going to have a completely different look this season. The leading force this season may be the post presence they will possess with Grant Leeper and Tucker Day(who will miss the first part of the season recovering from a foot injury) downlow. Guards Kyron Kaopuiki and Will Jamison also will have a big impact for Sparty this season.

Most of the teams in this conference are forced to try and fill the void of seniors on last year’s roster who have now graduated but for the Cadets, that’s not the case as they had no seniors on the roster last season. And when you take into consideration that this team finished third in the SAC last season and now returns everyone this year with the two teams that finished higher than them(Homestead, Snider) a year ago losing big portions of their production the case to say they should be the favorites in the race for the SAC title is certainly there. Ajani Washington will be the one to try and lead that effort this season coming off of a sophomore year where he averaged 19.7 PPG. Cole Hayworth was another double-digit scorer for this squad a year ago as he put up 10.8 PPG along with 3.8 RPG. The Cadets also have a variety of players that could make a jump this season and become a clear second or third option as David Speckhard, Alan Ter-Molen, Joe Tapp, and Avery Cook all showed flashes last season.

The Generals lost nobody from last year and look to be contenders in the conference this year. The top three scorers for the squad last year were two freshmen in Chase Barnes and HJ Dillard along with sophomore Jevon Lewis. With all of that youth leading the way last season and returning this year the reason for the hype around the Generals seems obvious. As guards, Jevon Lewis, Chase Barnes, and Monte Smith might be the best trio of guards in the conference, along with HJ Dillard set the tone inside. Dillard as a freshman was a standout big for this team getting 9.5 points and 10.8 rebounds a game.

The Archers return their leading scorer from last year in Omarion Washington(17.4 PPG) but lose his dynamic duo partner in Ashton Johnson(16.2 PPG). Johnson isn’t the only senior the Archers lose from last season either as Washington and Jayden Morris(2.6 PPG) are the only returning players to average over two points per game last season which means Washington and Morris’ roles are going to expand even further this season. With losing so much experience and production this team will be very youthful this year and may start off a little rough but with Washington leading the way they will certainly have things smoothed out before we turn our calendars to 2023.

After a down year last season for the Chargers they look ready to bounce back this year as they return many key pieces from last season including leading scorer Cannen Houser who averaged 14.5 PPG last season along with junior guard Jaxon Pardon(12.8 PPG). Andrew Sinish is another returning double-digit scorer as he put up 10.1 PPG and 7.9 rebounds a game. Charlie Rudolph, Grant Peters, and Jaiyre Sampson are also returning for the Chargers and could have a big impact this season. Overall this squad will be one of the most experienced in the SAC after being one of the youngest teams last season which could give them an advantage in SAC play.

The Knights return their top 4 scorers from a year ago and appear primed to take a step forward this season. With the trio of Cadell Wallace, Nick Thompson, and Isaac Zay who combined for over thirty points a game last year. Wallace is a pure scorer who tore up the SAC last year as a sophomore and will be the Knights’ number-one option once again. As for Thompson and Zay, they are two of the best athletes in the conference while also being very talented scorers. Charles Powell and Zach Calderon are other returners for the Knights.

Last season the Saints finished the year strong going 11-5 in their last 16 games. They return Sam Campbell, Stellan Ruston, and Preston Ross as impact players from last season. Campbell is a great athlete and leader and he showed that in the football season as a quarterback for the Saints. Last year Campbell was also a leader on the basketball court as he averaged 10 points and 5 assists a game while also shooting a 41% clip from beyond the arc. As for Preston Ross, he may be a top big in the conference this season standing 6’8 while he put up 6 points and 6 rebounds a game last year.

Last season, the Panthers were centered around a duo of guards in Karson Jenkins and Aiden Lambert who have graduated. Losing those two electric scorers is certainly going to be hard to replace and they are not the only Panthers that this squad will be without this season as they had 6 seniors last season that accounted for 88.1% of the scoring last year. So that raises the question of who will step up this year for the Panthers. Well, there are a couple of suspects that could rise up this season. Ke’ron Billingsley could certainly be a leader this season for the Panthers as he scored 3.7 a game last season in a limited role that is expected to expand greatly this year. Jordan Lee, Lincoln Firks, and Landon Fry will also be taking on bigger roles this season.

The Bruins lose their top two scorers from last season in Jalen Jackson(27.6) and Devin Campos(9.3). The key pieces returning for this squad are Jayden Schmenk, Dalman Alexander, and Omarion Ennols. Schmenk scored 6.8 PPG last year in a limited role that will likely have a large increase this season. Dalman Alexander will be the one set with the task of establishing a presence in the paint for the Bruins this year as he got 7 PPG and 5.2 rebounds a game last season. Even though the Bruins are at the bottom of this power poll I still believe this team can compete with anyone in the SAC as this might be the closest we have seen the SAC top to bottom in a very long time.