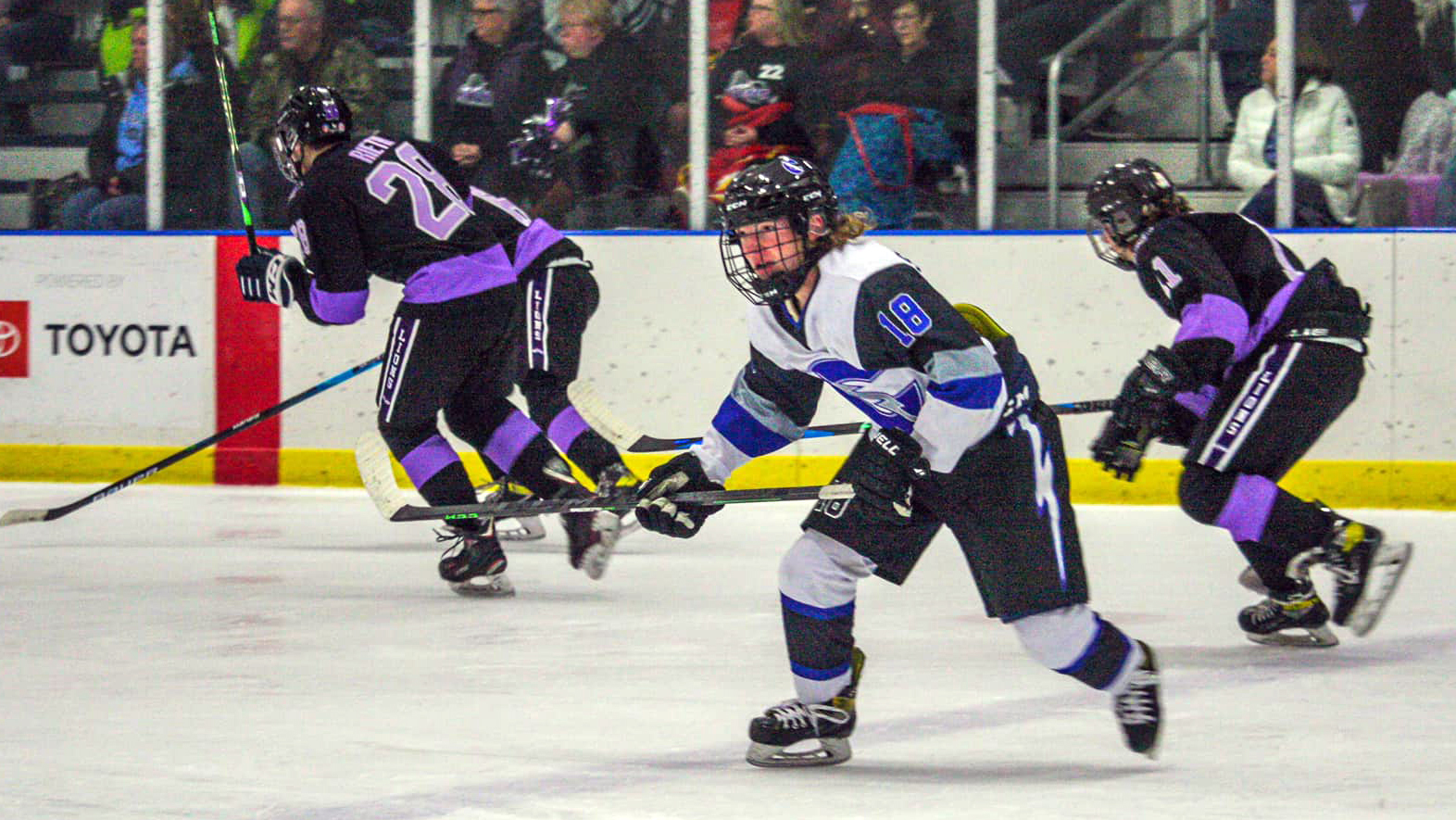 Week Five has come and gone. Homestead looked on the verge of their first league win but it wasn’t meant to be. After losing 8-2 the first time around to Carroll, the Lions had a much better performance this time but still fell short in the battle of our top two teams in the standings.

This game saved all the energy for the third period. Through the first 30 minutes, there were no goals and just three players were penalized. Although obviously not a highlight, one of the lone significant moments outside of the third period was the 2 and 10 for head contact called on Simon Watson of the Vipers. However, the Spartans were of course unable to convert on the power play and were left trailing in shots on goal 17-11 going into the third. In a game as close as this one, the first goal becomes even more important, especially for a team like Homestead trying to pull off the upset. They were able to get that all-important goal at 6:28 of the period when Cole Strick one-timed a pass from Drew Brimner into the back of the net. Connor Gould held the lead for the Spartans as long as he could, making a stellar 13 saves in the period as opposed to just two for Ben Marques at the other end in a dominant period for the Vipers. With 1:19 to play in regulation, the Vipers took their timeout. Coming out of it, John Goodine was able to get the puck deep for the Vipers. The puck rimmed around the back wall and was collected by Nick Vanryn who fed it in front where Jackson Bertels was left alone by the Homestead defense and redirected the puck into the net to tie the game.

That wasn’t where the drama ended in regulation though. With :24 to play the Vipers got caught with too many men on the ice, opening the door for a late Homestead power play similar to Leo a few weeks ago. The Spartans would take their timeout to get on the same page for the final push to the buzzer. They were never able to get anything going for those late 24 seconds so off to overtime we went, where the Spartans would have a 4-on-3 power play for 1:36. In the extra period the Homestead power play would still come up empty. Shortly after going back to even strength Gross would flip the puck in from the neutral zone and it was caught by Gould. Rather than holding on for a whistle, Gould opted to drop it for Mitchell Richison. Richison’s clearing attempt was kept in at the left point by Michael Scully who worked his way down the wall before pumping the brakes just above the hashmarks to find some room at the top of the circle. With an open look at Gould, he took the shot but Gould made the initial save before Darcy Koch got to the rebound and scored the game-winner, capping off the Vipers’ comeback.

It was business as usual for Carroll as they took care of Leo with a 4-0 win. They were unable to score in the first period but two goals in the first five minutes of the second period gave them the lead they needed. The first goal came off of a 2-on-1 when Carter Gnau passed the puck over to Finn Cupp who sent a wrist shot back across to the far side of the net. Gnau was again involved in the second goal as he did a great job stripping the puck away from Aaron Amick and made a tremendous pass across the slot to Dylan Braun who sent a one-timer behind Andrew Baumert at 4:34 of the second period. Later in the period, the Chargers added a power-play goal after a roughing penalty to Weston Roth put them on the man advantage. The goal was another example of Braun doing Braun things as he took a pass from Cupp, made a slick toe drag around Colton Calhoun, and fired the puck to the back of the net for a 3-0 Carroll lead going into the intermission.

Carroll scored another early-period goal to start the third period. It took 15 more seconds than in the second period but it was still less than two minutes into the period, and it would prove to be the final goal of the game. Brody Burge broke up a Leo clearing attempt and sent a shot wide of the net. Gnau recovered the rebound in the corner and played it up the wall to Burge. Burge put the puck off the side of the net but regained control and put it home for Carroll’s fourth goal of the game. The Chargers had four players on the scoresheet Wednesday night and all four of them finished the game with multiple points. Cupp, Gnau, and Burge all finished with three points and Braun had two goals. Carson Carteaux made 14 saves for his second straight shutout and didn’t see a single shot on goal in the third period. On the other end of the ice, Baumert made 37 saves on 41 shots.

Homestead is getting closer but Leo has proven to be the second-best team (at least in league play) in Fort Wayne thus far so this is an easy one. Homestead’s chances for the upset might also depend on who is in net. Gould has been quite good for them the last two weeks and it looks like he might be the number one guy over there right now, but the Spartans are more willing to rotate goalies than other teams have been so far so we’ll see if it’s Alex Dougherty in net.

I was tempted to pick the Vipers here. It was a tight game the last time they met and the Vipers’ comeback last week showed they can pull one out when it looks like they’re down and out. That said, I don’t think this is the time for that pick. If there’s one thing I can say about the Vipers after last week it’s also that they play to the level of their competition, which put more bluntly means they’re inconsistent. That’s not a great recipe if you want to beat Carroll.