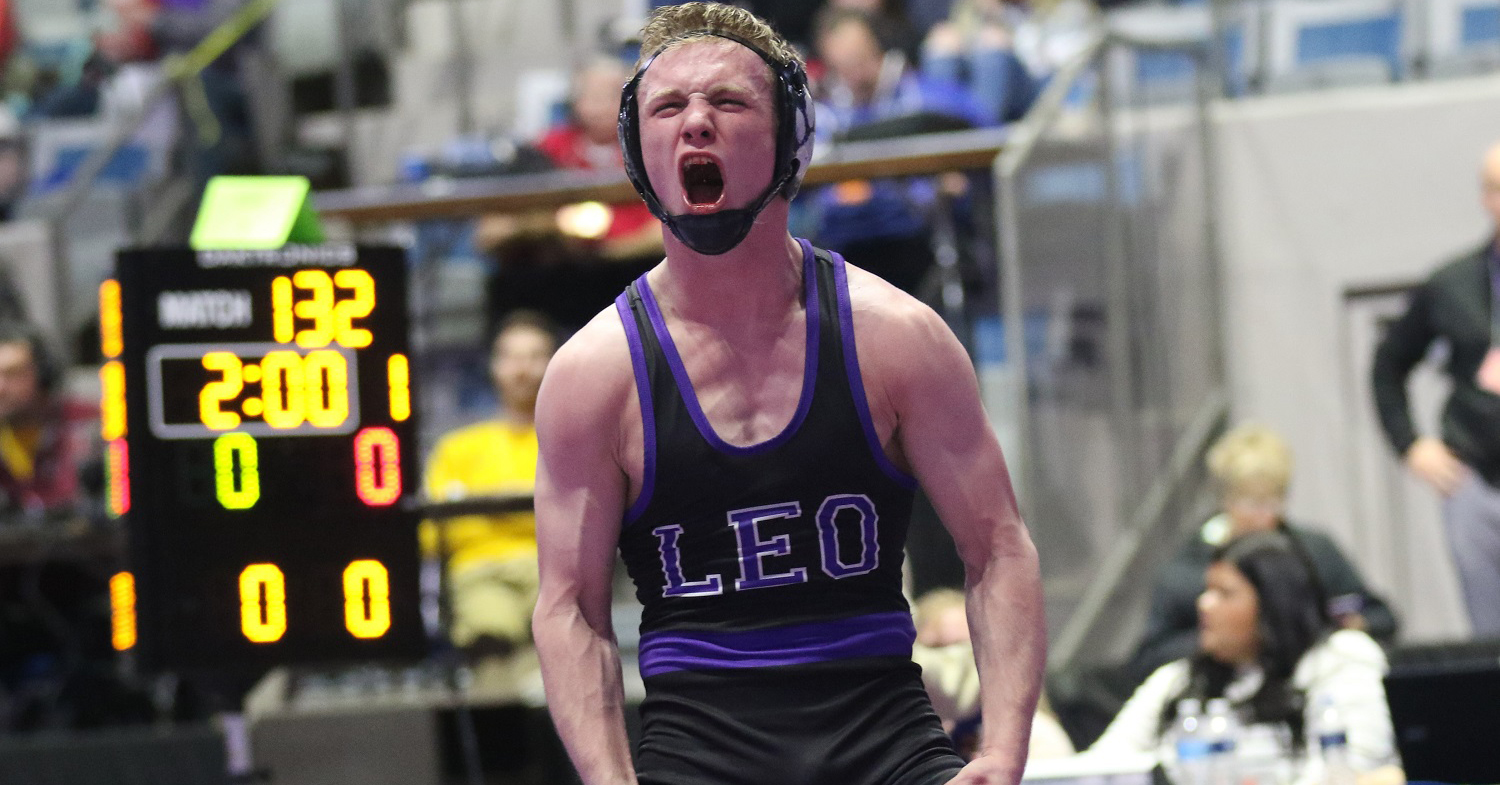 Heath is making his third appearance in the state championship after finishing fifth in 2019.

“I remember the first time on the floor at Bankers Life as a freshman and all the people in the stands, the lights,” Heath recalled. Having been to state two consecutive years is an advantage in Heath’s view.

“There is a wow factor the first time, so I feel like I know what that is like and now can focus on my plan and what I need to do to win,” the Lions’ junior observed.

Heath said winning the semistate felt great after his fourth win this season over Shelton. Heath won the first three meetings 3-1, 3-1 and 1-0, so winning the title wasn’t a given.

“Especially when you consider Shelton defeated Western H.S. senior Hunter Cottingham, who has the only win over Heath this season. “Shelton’s win in the semifinals sent me a message that I had to be focused and ready to wrestle my best.”

“I just have to do the same at state, one match at a time,” Heath added.

Now 40-1, Heath opens on Friday against Isaiah Ponce, Lake Central H.S. Heath and Shelton could collide for the fifth time this season if both advance to the state championship match.

New Haven senior Tristen Martz, runnerup at semistate at 220 pounds, tackles South Spencer senior Will Stewart, who is 41-4. Bishop Dwenger H.S. junior Eli Hilger will clash with 39-0 Logan Boe in the 152-pound weight class after he finished fourth at the semistate.