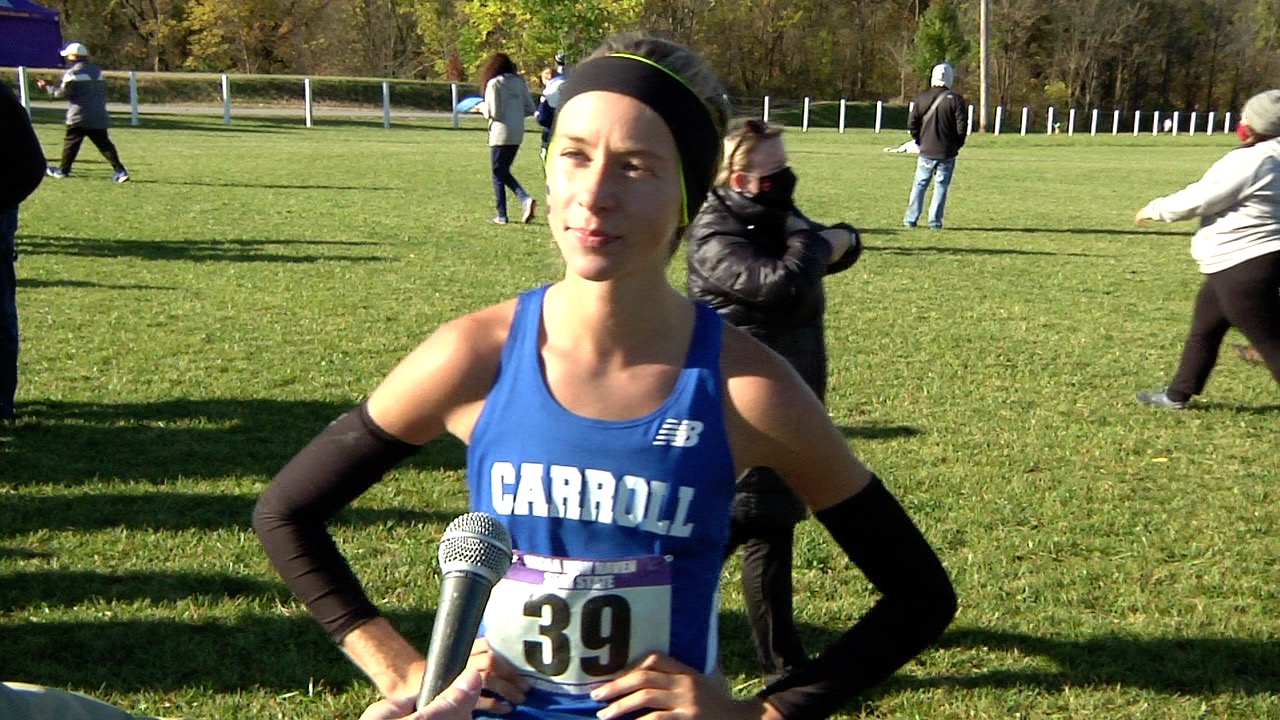 Zoe Duffus won the girls’ race at the New Haven Semi-State cross country meet; which, this year, took place in Huntington. Duffus also won the Huntington and New Haven Invitationals in the regular season. Her Carroll Chargers took first in the team standings, punching their ticket to next week’s State meet in Terre Haute. The Chargers have won State two years in a row.

Izaiah Steury from Angola won the boys’ race and will compete at State as an individual. Concordia finished second, earning themselves a trip to State. The Cadets are the defending State champions from last year. Carroll took fourth as a team. They did not get to State last year. But this year, they do.