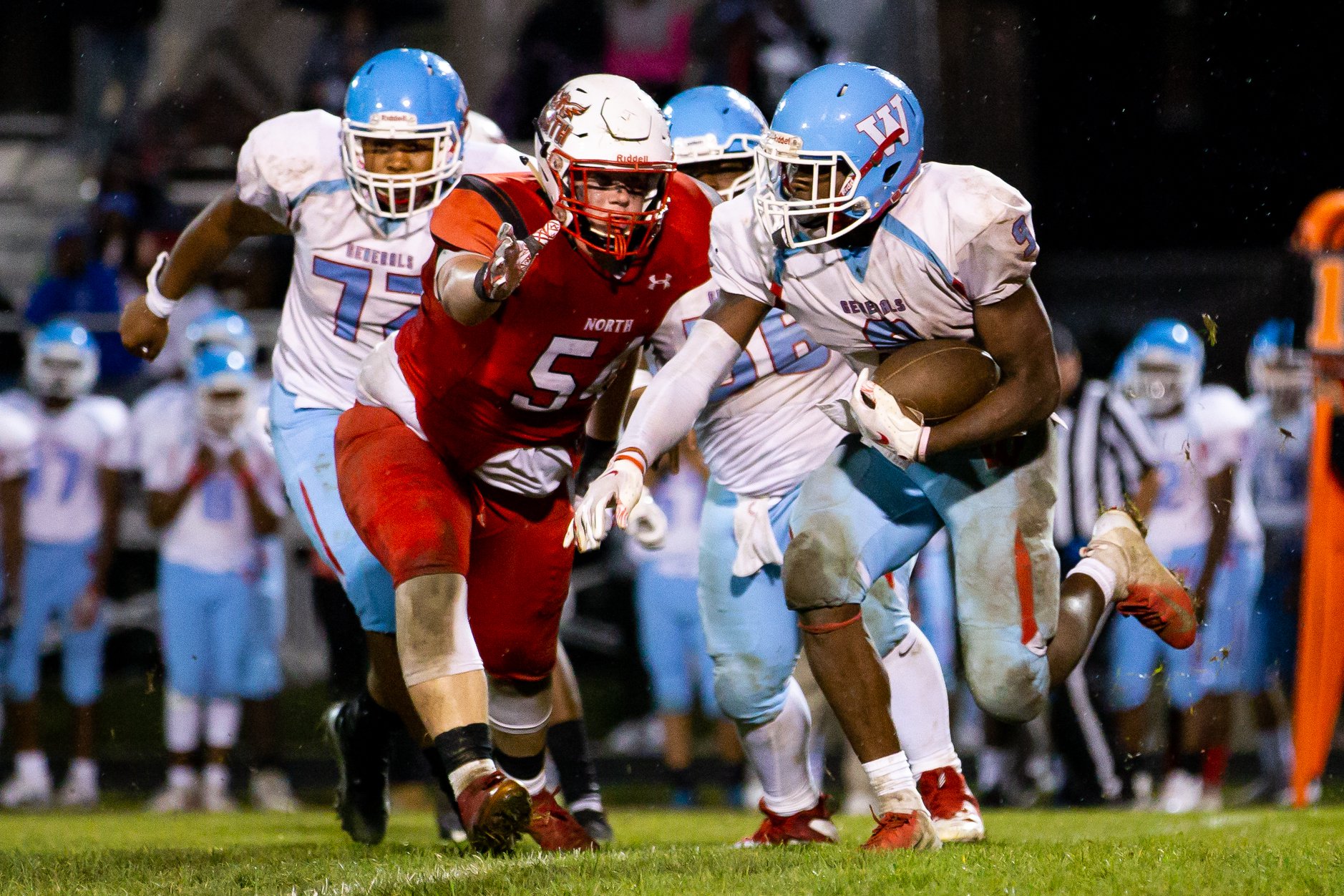 Every football team needs a good running back to take the pressure off the quarterback. The importance of the running back in high school football is even greater, as a good run game eats up the clock and keeps the defense off the field. Great running backs are often seen as a luxury that only some teams can afford, but this season they are aplenty in the SAC. These are our top 5 running backs in the Summit Athletic Conference for 2019.

Fields ranked #6 a year ago in the SAC with 937 yards rushing playing with a very talented group of seniors at Wayne. This season he’ll be the man for the Generals playing both sides of the ball as a linebacker as well. At 6-foot 3-inches, 215 pounds Fields is regarded as one of the top players in Northeast Indiana. And with Wayne breaking-in sophomore quarterback Aidan Meek, he should definitely see a high amount of carries each game this season, and he’s poised to make the most of them.

Drew rushed for 1,009 yards last year as a sophomore. This season as a junior, one would expect him to be even more prolific on the ground. Turnovers were an issue for him last season as he had 7 fumbles, the most of any running back in the conference. If he can bring that number down and his yards-per-carry up from 4.6, he should continue to improve as a serious threat out of the Cadets backfield. Concordia has some serious weapons at receiver in senior Jalen Vanderbosch, and junior Tyler Grossman, which should help the Cadets spread the field, and open up running lanes for Drew.

Green’s numbers don’t exactly “wow” you, but you can see where he will be a reliable threat and give Northrop another premiere weapon on offense, to go along with senior Quelen Pettus at receiver. He secured the football last season with only 3 fumbles on 176 rushing attempts. And his 13 rushing touchdowns ranked him #3 last season in the SAC. There are a lot of positives that can be gathered from Green’s performance last year and the Bruins can expect more to come in 2019.

As a sophomore, Braeden Hardwick solidified himself as the starting running back in game #5 of the season. His 6.1 ypc should not be ignored and that’s what Hardwick averaged in 2018. In the final 7 games of the season, he ran for 746 yards (he had 838 total yards rushing in 2018). Homestead is stacked this year and much of the attention and excitement goes to the defense. But two of their elite defenders (Cam Rogers and Jake Archbold) will also be used on offense as slot receivers. Junior QB Luke Goode can stretch a defense with his arm, and Homestead has a great track record for developing quarterbacks (Zach Terrell, Drew Keszei, Jiya Wright…). So look at Hardwick as another candidate to go over 1,000 yards in 2019. And look for Sparty to be one of the most prolific offenses in the SAC.

There will only be one Tippmann brother in the backfield this year and it’s the junior Devon, as T.J. capped his senior season with an MVP performance in the state championship game. Devon led the Saints last year with 207 carries. He can take over a game behind Dwenger’s big physical offensive line, as he did last year against Carroll running for 192 yards on 24 carries with two touchdowns. Devon may only be ranked at #5 on our list, but don’t let that fool you, he will be just as dominant this year. But after graduating linebackers T.J. Mcgarry and Jared Lee, Tippmann will be used more on defense. Playing linebacker next to Hayden Ellinger gives the Saints arguably the best duo in the SAC.

Bennett managed to have a solid season in 2018 despite Anyis Lockett (leading rusher in the SAC with 1,294 yards) being the main back and getting the bulk of the carries. He averaged a very efficient 6.2 ypc and finished with 517 yards rushing which really shows how he was able to make the most of his opportunities. As the top running back on the depth chart this season, Bennett should make a big splash in his senior season for the Panthers, playing behind one of the best offensive lines in the SAC.

It would be hard to keep Holliday-Robinson off this list since he averaged a SAC best 121.4 yards-per-game last year. That crazy number is due to a 232-yard performance against South Side and an unreal 328 yards (North Side record) that he put up against Bishop Luers. As a senior, Holliday looks to be even more explosive and help lead the Legends to some big wins in 2019.