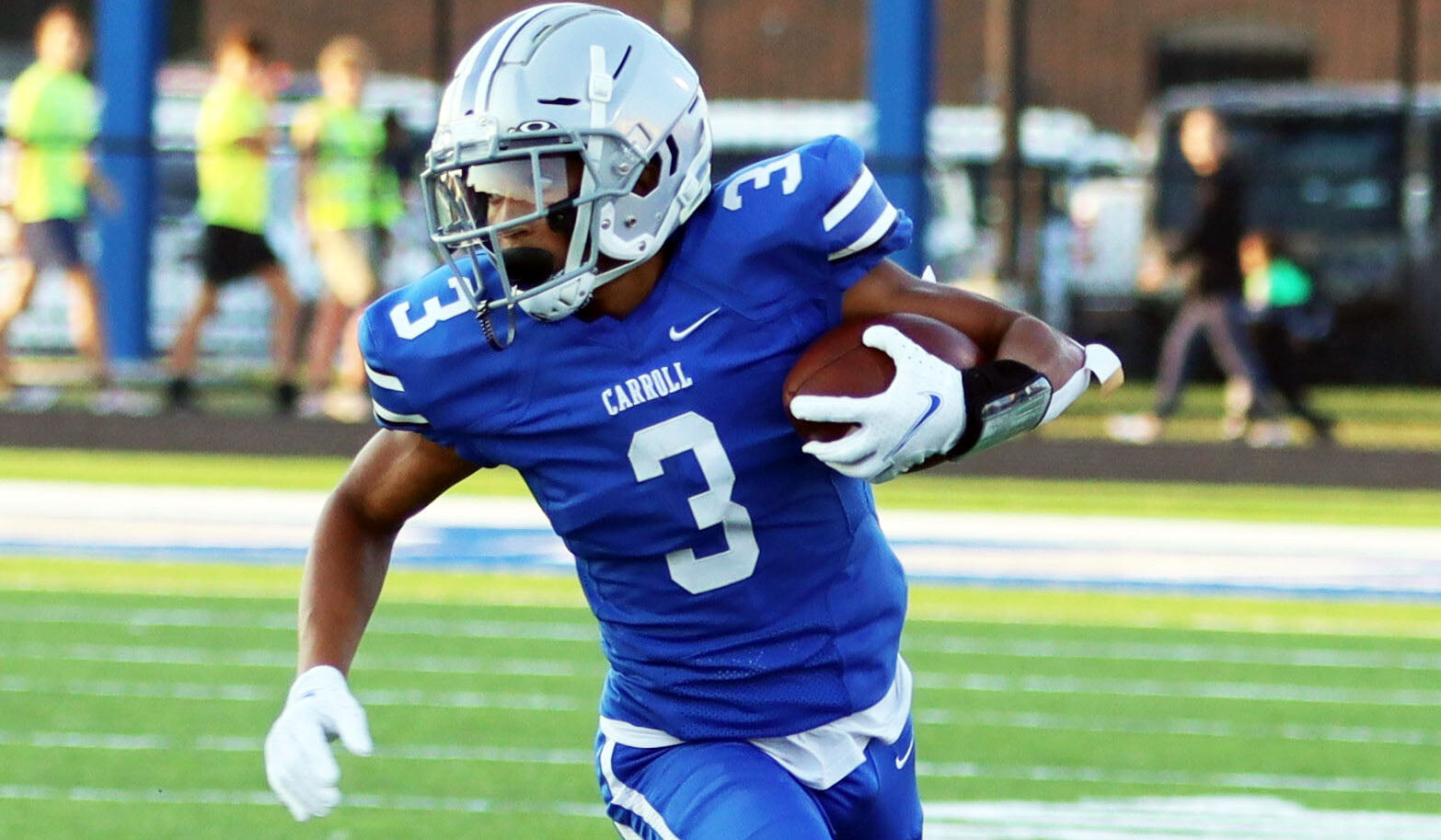 Week 8: vs South Side

It was the day every Knights fan had been waiting for: the chance for this team to face Dwenger. In a back and forth battle, timely scoring paid off for Luers with Carson Clark leading his team down the field to take the lead at both halftime and near the end of the game. Dwenger still had plenty of time to get a score, but the Saints were unable to hit a game-tying field goal as time expired, giving Luers the 41-38 win. Clark threw for 233 yards and 5 touchdowns in the game, including the game-winner to Brody Glenn, his fourth of the game and twelfth touchdown reception of the year. This is the third one-possession game that Luers has won this season. They’ll need to continue to play well in close games with Snider left on the schedule, as well as a 2A postseason ahead of them.

Luers wasn’t the only team who beat their arch rival for the first time since 2015. The Chargers beat Homestead for the first time since a 31-24 win over the Spartans that same year. This time, Carroll came out on top 17-10, behind 139 yards passing and 2 touchdowns by Jeff Becker, as well as an incredible effort by the Charger defense which preserved the victory on a fourth down stop. Dylan Bennett, Aaron Stewart, and Aaron Jacquay each had 7 tackles and gave up the lowest point total that any Carroll team has given up to Homestead since 2014. If the Chargers can continue to play well on both sides of the ball, this team could be looking at a deep postseason run. They’ll have to take care of Concordia and Wayne first, as they look to close out the regular season with an 8-1 record.

There has not been a more lopsided rivalry than the Northrop-Snider game. The Panthers just extended their streak over the Bruins to 24 after a 42-12 smothering on Friday. Once more, it was Tyrese Brown cutting through the defense for 138 yards and 4 touchdowns. On defense, Markell Keal was also a big factor with 4 tackles for a loss and 3 sacks. The Panthers face a reawakened Dwenger team next week.

Whatever chance Homestead still had at an SAC title evaporated on Friday. The offense simply never found their rhythm against a very good defense. Peyton Slaven threw for 246 yards, but the Spartans could never seem to find the end zone. This includes their final drive, when the Spartans drove down the field, but were stymied inside the 20 yards line. While this loss hurts, Homestead will have to try to find their game over the next two weeks to get ready for another possible matchup with the Chargers in sectionals.

You could pretty much copy and paste everything said above about Homestead and put it right here. It was an agonizing loss for the Saints, but there was also a lot of good to take away from Dwenger’s performance. They were able to go toe-to-toe with the best team in the conference and led several times throughout. Unfortunately, that does nothing to take away the sting of this loss. They will have to quickly regroup with Snider on tap for next week.

This win was all about pride. After being put through their opening gauntlet, North Side had been beaten and bruised by some of the best teams in the conference. They knew this was going to be a really tough game to win. They were going to get everything South Side had. But the Legends kept their pride and won a tight game, their fourth in a row over the Archers. Donovan Williams was sharp, passing for 161 yards and 2 touchdowns, while Jontae Lambert had 157 yards and 2 touchdowns on the ground. Next week presents another challenge for the Legends, with the Bruins coming to Chambers Field.

Week 8: at North Side

Another ugly loss to Snider puts the Bruins at a 2-5 record. At the very least, you can say they saw flashes from Roosevelt Norfleet III with 112 yards on 11 of 16 passing, but he also committed 4 turnovers. At running back, Mykell Nabors continued his hot streak on the ground with 113 yards and a touchdown. If they can get production out of him in their next game against North Side, the Bruins could end up with a pretty solid win.

The Generals notched a win over Concordia, with a final score of 28-26. In yet another ultra-competitive game from this week’s slate, Wayne was able to hang on, off of a terrific 215 yard, 2 touchdown game by halfback Lamarion Nelson. He was a workhorse for this offense, running the ball 37 times. Wayne has Homestead and Carroll remaining, presenting two more opportunities for the Generals to steal their third win of the season.

Another disappointing loss leads the Cadets to a disappointing 1-6 record, something they haven’t had since 2011. Though it’s been a poor start to Coach Mike Eshbach’s tenure, his quarterback Eli Mattox was able to have one of his best games of the season, throwing for 302 yards and 3 touchdowns. While Mattox has had an up and down year, he has largely been the Cadets offense this year with a struggling running game. They’ll have to be more balanced on offense if they want to pull an upset on Carroll this Friday.

The Archers came up just shy of getting a big win. Despite that, Jaylen Lattimore put his talents on display by passing for a touchdown, rushing for a touchdown, and sacking the quarterback twice. South Side has two road games left, first at Luers, then at Homestead.