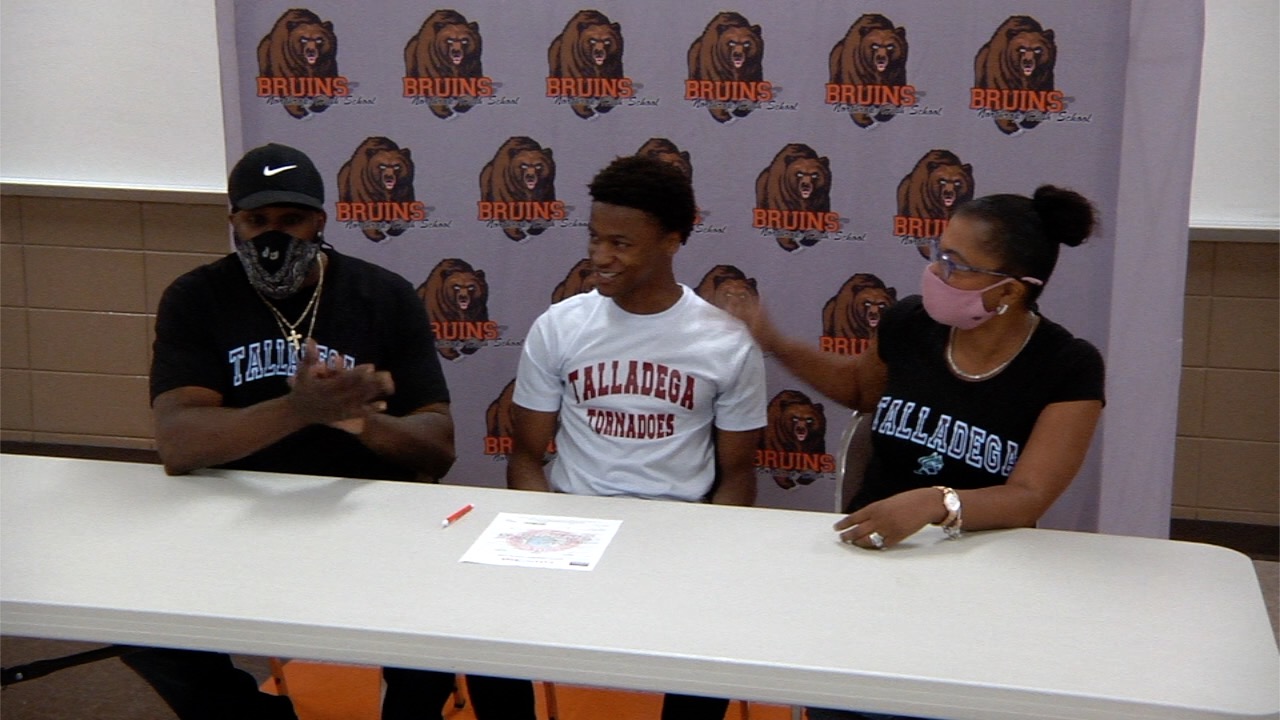 Northrop’s Darrius Sanders has signed his letter of intent to continue his track & field career and his education at Talladega College in Alabama. He plans to major in Sports’ Management.

Sanders has accomplished much in his track and field career. He is one of Indiana’s top five runners in the 400 meters, an event he won at this year’s sectional and regional meets. He is part of a relay team that is top five in the 4 by 400. During his career, he’s also had success in both the long jump and the 200-meter dash.

Sanders and the Bruins will compete at the Boys State Championships next Friday.