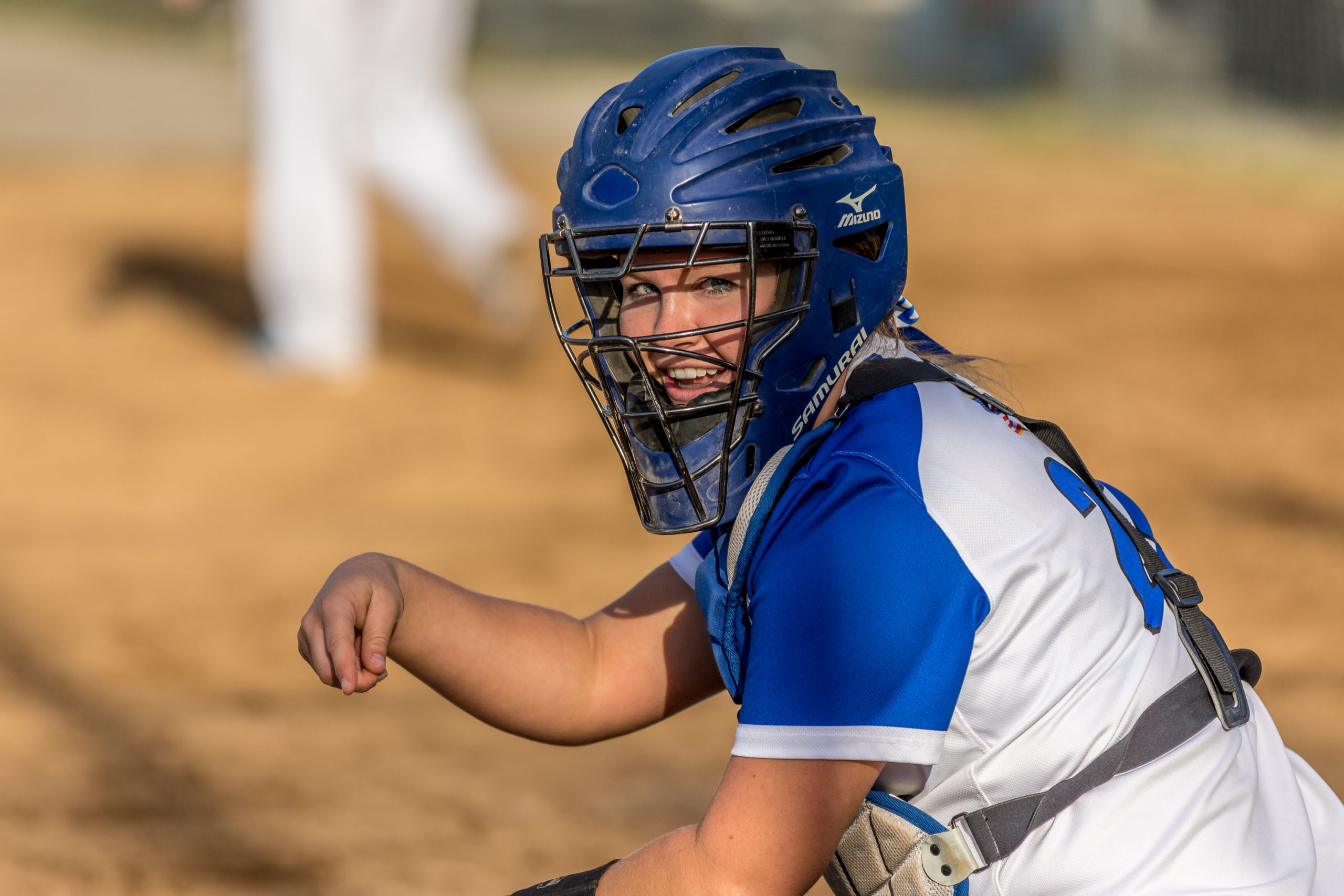 Carroll softball and volleyball player Drezdan Ginder has been announced as the winner of the Patricia L. Roy Memorial Scholarship. Carroll High School made the announcement via Twitter this evening. Drezdan is the daughter of Dave and Kristen Ginder. She is the niece of Carroll athletic director Dan Ginder.

Patricia L. Roy was the IHSAA’s first Director of Girls Athletics as well as the state’s first female Assistant Commissioner. The Roy Memorial Scholarship is given out by the Indiana Coaches of Girls Sports Association (ICGSA) and is meant to be given to an athlete who excels, not just as a student and as an athlete, but also as a member of the community. The scholarship pays $2500 towards the winning student’s college education.

“It’s definitely a big deal, and I feel very accomplished for sure,” Drezdan said. “It’s a big honor to be recognized under her name after all that she’s done for female sports, especially within the state of Indiana. So I’m definitely excited and enthusiastic about it for sure.”

“We’re real proud of Drezdan in what she’s been able to accomplish and just the dedication that she’s shown and the hard work for academics and just the person that she is,” Dave said. “So we’re proud of her and always happy to see a scholarship on her behalf.”

Drezdan Ginder is a coach’s daughter. Her father, Dave Ginder, is Carroll’s head baseball coach. He also works as a math teacher. One trait Drezdan learned from her dad was the value of hard work.

“Whether it was school work, or whether it was on the field, or in the weight room, or anything of that kind, I kind of learned my hard work from him,” Drezdan said. “A lot of his personality, a lot of people see in me. And so, that’s the biggest thing my dad has taught me for sure.”

One of the criteria for the Roy Scholarship is that the student must have a grade point average (GPA) of 3.25 or higher. Drezdan’s GPA is 4.254.

“She’s always been self-motivated, organized, and diligent with her school work and her time management,” Dave said. “There was a lot of parts of her middle school and high school years as she was doing club volleyball and softball at the same time and taking a heavy load of classes at school. What she did, she did on her own. She’s self-motivated and very organized and driven that way. So we’re proud of her because those are things that are gonna carry on with her forever as she goes on to college and beyond.”

The nomination for the scholarship has to come from the student’s Principal or Athletic Director. She greatly appreciates that her school saw her as a deserving nominee.

“I was very interested when my softball coach mentioned it to me, to begin with, and I felt like it was something that I should definitely give a try and apply for,” Drezdan said. “So knowing that they kind of entrusted me with that responsibility and believed that I had the capabilities of receiving the scholarship was an honor for sure.”

Drezdan will go to college at Grand Canyon University, a private Christian school in Phoenix, Arizona. She plans to major in Nursing and might also minor in some form of Ministry. She would not be the only one in her family to pursue a career in nursing. Her mother, Kristen, works as a nurse. One reason Drezdan also chose Nursing because she wants to help people in the best way she can.

“The medical field kind of allowed my love for people and my love for science and math to kind of intersect,” Drezdan said. “And so, that’s when I decided I kind of wanted to go towards the medical route. But I would one day like to be a nurse practitioner, maybe in a family practice or something of that sort. So Nursing just seemed like the best fit for me.”

At this point, Drezdan does not plan to compete in either softball or volleyball at the college level, though she did say that she might decide to play softball at GCU. Nonetheless, as she looks back on her time playing those sports, she appreciates how they have helped her to develop.

“Softball and volleyball have both always been such a big part of my life,” Drezdan said. “Just as much as they are important athletically to me, they kind of shaped me into the person that I am today. Since I’m graduating this year, I’ve had a lot of time during quarantine to just reflect on my time at Carroll, and I can honestly say that I wouldn’t be half of the person I am without my coaches, and my teachers, and my many peers that I had during my time and Carroll. And so getting the opportunity to represent my school both on the field and the court was definitely an honor and a privilege.”