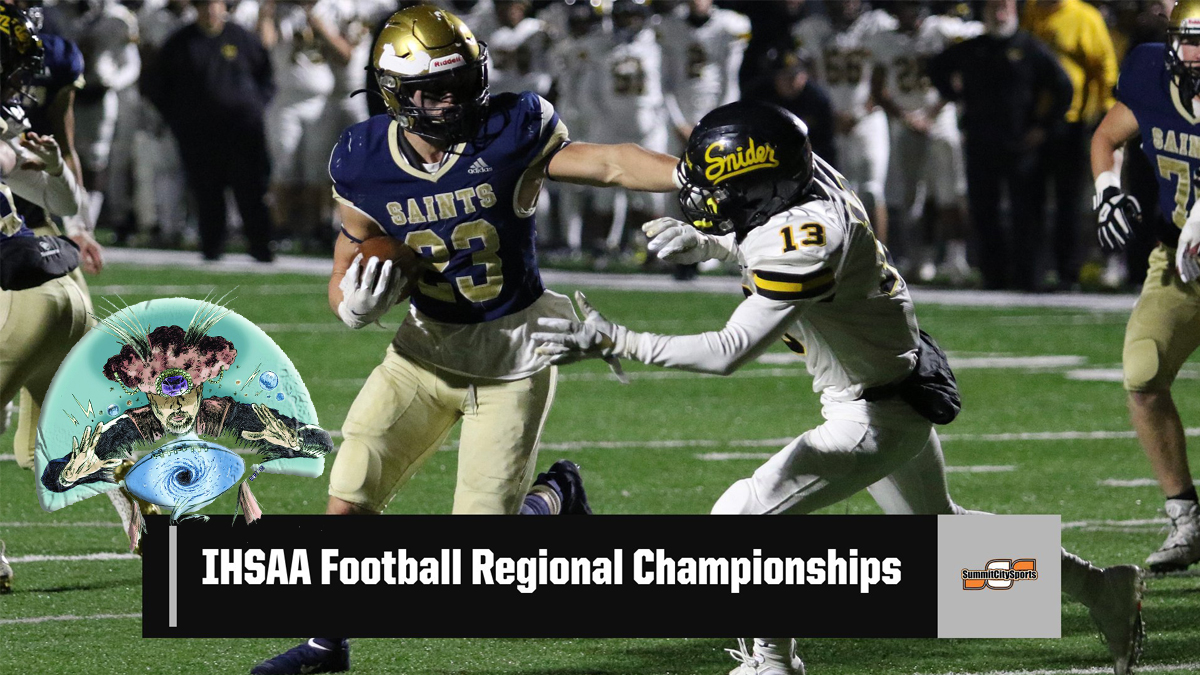 Last week was a toughie for all local prognosticators, though I did nearly nail three games on the head in the lower classes (Norwell over Peru by double digits, plus single-point picks for the two 1A contests: Adams Central by 45 over Triton and South Adams by 35 over Union City). Filthy? Sure, but not nearly as disgusting as what you’ve come to expect from my crystal balls. Speaking of toughies, kudos to Bishop Dwenger for its 42-20 victory over rival Snider in the 5A sectional-title tilt. Turbans off to Carroll, too, for its 36-0 blanking of Warsaw in the 6A sectional championship game. And, of course, we’d be remiss if we didn’t salute those Eastside Blazers for their impressive, 21-16 2A triumph over favored Bishop Luers.
THE SWAMI SCALE

WESTFIELD (10-1) at CARROLL (10-1): If Jameson Coverstone can’t go, the Chargers’ air attack may be stifled.
SWAMI SAYS: Westfield by 13
PENN (6-5) at MERRILLVILLE (11-0): These Pirates haven’t played a close game all season. And won’t tonight.
SWAMI SAYS: Merrillville by 23

BISHOP DWENGER (7-4) at ZIONSVILLE (7-5): Most have Z-ville by three scores. Not the Swami. Upset Special.
SWAMI SAYS: Dwenger by 1
VALPARAISO (10-1) at MICHIGAN CITY (8-3): I’m seeing a late, methodical second-half drive for the Vikings.
SWAMI SAYS: Valparaiso by 7

MISSISSINEWA (9-2) at NORTHRIDGE (8-4): The Raiders’ front seven is way too physical for Ole Miss’s men.
SWAMI SAYS: Northridge by 9
INDY RONCALLI (12-0) at MOUNT VERNON (11-1): Expect a ton of Billy Idol royally blaring in the background.
SWAMI SAYS: Roncalli by 21

EASTBROOK (11-0) at EASTSIDE (12-0): This should be another slugfest, but I like Beastside at home by a tuddy.
SWAMI SAYS: Eastside by 7
LaVILLE (9-2) at ANDREAN (9-3): My crystal balls are seeing a huge night from ND commit Drayk Bowen.
SWAMI SAYS: Andrean by 16

ADAMS CENTRAL (11-1) at SOUTH ADAMS (10-2): A sloppy field in Berne helps the visiting Flying Jets.
SWAMI SAYS: Adams Central by 27
NORTH JUDSON (8-3) at CARROLL (9-3): My crystal balls tell me nothing about this matchup. There you go.
SWAMI SAYS: North Judson by 7